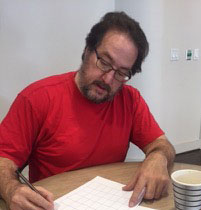 In 1988, Bill was recruited by the Federal Reserve Bank of New York, to handle their largest deposits. Through 1996, he was one of the few who trained Federal Reserve staff and management and created their manuals.

Following his eight years of distinguished service with the New York Federal Reserve Bank, Bill moved to the private sector as an investor in luxury items (working with firms like Tiffany, T. Risk Holdings and Laurelton Diamonds, Inc.). He also consulted for Pierre Cardin and Calvin Klein.

Yet, Bill grew dissatisfied with corporate life. Looking to make more of a difference for individual investors, he left a lucrative position in the Empire State Building when he was recruited by Tycoon Publishing/Institute for Individual Investors (IFII), a maverick online investment education and guidance firm out of Delray Beach, Florida. IFII was ultimately acquired by Agora Inc., the world’s largest and most successful investment newsletter publisher.

A former president of the Queens College chapter of the International Economics Honor Society, Bill also taught Descriptive Statistics at Queens College. In 1996, he was honored with the prestigious Steven E. Burdman Memorial Award In Economics.