Earlier today, I sent a special briefing to paid-up readers of our flagship Sector Focus. 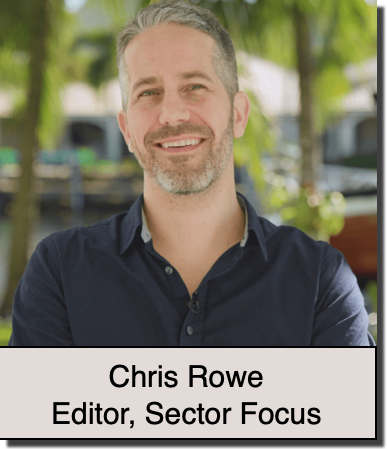 In it, I give them everything they'll need to know to stay well ahead of other investors at least for the first half of this year.

And while I can't reveal all of that here, in "Technical Tuesday," I think that the main points are so important that you deserve to know them.

So here are some of them.

International stocks, however, are running up the stairs like children who just ate a sugar-filled dessert. While everyone you know is debating the strength of the U.S. markets, you’ll be cranking out profits using stocks and ETFs they’ve never heard of.

The current global bull market in stocks is in its early stages, although International stocks got a major head start right under the noses of many investors.

Expect to continue to hear bad economic news but don’t let that sway you from buying stocks. Especially International stocks. The economy is not the stock market.

Unlike a mature bull market, where stock prices advance due to clear economic skies ahead with the world partying like it’s 1999, an early-stage bull market happens when life is scary. In this type of bull market, stocks advance as they “climb the wall of worry”.

The “wall of worry” is when there’s clearly bad news but as the bad news is removed, the stock market moves higher.

You get the idea.

The Play Is in International Stocks.

Don’t take this as just another article in a sea of stock market jargon you see each week that’s quickly forgotten about before the week ends.

The pivot to International Equities is the most important shift you can make in 2023.  So far it looks like, although U.S. stocks look good, we should focus even more on non-U.S. stocks.

Notice how strong the Vanguard Total International Stock Index Fund (VXUS) (Diversified Global Stocks, all Except U.S. Stocks) looks.  It has broken well above both trend lines and confirmed that the old resistance level is a new support level.

And if you think that's impressive, wait until we narrow down to the strongest International stock markets, long-term and short-term.

Subtle Brag: As far as I can tell, I am the top dog in the industry when it comes to calling market direction and specifically the areas of the market liable to be strongest or weakest. I’ve had a knack for it since the 90s.

The stock markets of Emerging Europe and Latin America are the strongest with confirmed long-term market strength.  But Asia-Pacific is the strongest in the short-term.

Even though the Asia-Pacific stock markets haven't yet shown enough confirmation to be considered strong in the long-term, for sure they are the strongest markets in the short-term.

One very easy and great way to quickly gain exposure to a stock market with huge upside potential and confirmed strength is to own the iShares MSCI All Country Asia ex-Japan ETF (Symbol: AAXJ).

Look at how much higher Fibonacci studies say these Asia-Pacific markets are likely to go this year.  First, look at the strongest China Market ETFs.

Here are some other indexes based on Asia Pacific excluding Japan.

U.S. stocks may be going up but their strength, relative to International, is declining. It’s not even that they’re accelerating at a slower pace than International. It’s that the strength of U.S. stocks is slightly decelerating.

Again, we are talking about relative direction and relative speed. And relative strength tells us much more about the likely future than absolute direction or strength.

Now is the time to erase your old stock market stance and quickly get with the program if you haven't yet done so.

The global markets’ price behavior reveals it currently makes sense to also have exposure to the U.S. stock market, but definitely direct your attention to International markets. That’s the real play.

Thanks for reading, and I'll have a LOT more to say about International Equities in the coming weeks and months.