Do You Harbor This Risky Secret?

Below are three candles representing three days' worth of trading activity.

What is the name of the pattern, and/or what is the implication -- bullish, bearish, or neutral? (See the answer at the end of the article)

If you approach a new stock position as a full-fledged investor, then you would stay an investor and not even look at the price the market assigns to the company you bought (until the price is at least one penny above where you believe the company's valuation is "fair").

The problem with that way of thinking is that most "individual investors" are actually "secret traders."

They have been trained to believe that trading is a method that involves much higher risk.  Therefore, they convince themselves, going into a position, that they are, in fact "investors."

To counter the notion that trading is a higher-risk strategy, I invoke Warren Buffett, who famously said: "Risk is not knowing what you're doing."

A person can "not know what they are doing" when it comes to either investing or trading.

That's because fundamental analysis is the study of what SHOULD be happening.

Technical analysis, on the other hand, is the study of what IS happening.

There are two main reasons individual "investors" enter into positions believing themselves to be "investors" ...

1.  Because "trader" has been viewed by much of society as a dirty word to describe high-strung risk takers or unstable, emotional decision makers.

2.  They find it easier to buy into a great (fundamental) story that's easy to digest than to learn what all those squiggly lines on price charts mean.

They might even dig into the industry that the company they are buying works in.

They may listen to some quarterly conference calls, read some analyst reports, check the Price-to-Earnings Ratio and the return on invested capital, and calculate whether quarterly earnings and revenue are accelerating quarter over quarter.

There is nothing wrong with doing these things.  In my opinion, it's best to combine fundamental and technical analysis.

Then, they are usually lying to themselves. Why?

When the stock turns south, the individual realizes that she no longer cares about what the story is -- she just wants out.  Or, worse, she sticks to her guns, claiming to be an investor when her real reason for staying in the stock is that it's too painful to admit the mistake and sell it.

If you have analyzed a business and its industry thoroughly enough, and are confident enough in your ability to make a determination of its valuation, then the stock's decline shouldn't bother you much.

Most individual investors the skill to determine whether a company is undervalued. So they transform suddenly (in their minds) from "fundamental investors" into "technical traders" and sell.

As an "investor," you are much more of a fundamental player than a technical player.  So in effect you're saying "the market (mostly everyone) is wrong about the currently assigned valuation, and I am right."

Or, you're saying that you are right, and almost everyone else is wrong except, perhaps, for some other fundamental players who either:

1.  Have been buying that company's stock very quietly and unnoticeably because they are big players trying not to alert the public, or ...

2.  Because, like you, they are individual investors who are savvy enough to understand a public company's valuation better than everyone trading it, yet not big enough to move the price of the stock even were they to sink their entire net worth into it.

I'm guessing that at least 199 times out of 200, individuals buy "companies" and sell "stocks."  They don't stick with the "companies" they've purchased when they see the market disagreeing (by selling the stock and pushing prices lower).

My point is the same if you reverse the fundamental and technical players' roles.

If you're a trader, you have to treat stocks like toilet paper.  If you buy into a position because of a breakout of a chart formation, or because of sector demand, momentum buy signals, moving average crossovers, or anything else...

...  you shouldn't then exit (or hold) the position based on the company's fundamental prospects if and when those technical attributes change.

I can't tell you how many times I've seen someone get into a position because the technical picture looked great, but then when the stock went the wrong way, they suddenly started talking about the P/E ratios and earnings prospects as a reason for holding the technically broken position.

My message to you is this.

It's a mistake to consider yourself an investor or a trader when it's most convenient for dealing with your emotions at any given time.

Luckily, there's a simple remedy.  Set the rules before you enter the position!   When you enter into a position, be sure to decide right then and there on what your plan is going to be.

Decide ahead of time if you are going to use a combination of technical and fundamental analysis.  It's best to find positions that are on fundamentally strong companies, and to use technical analysis to time the purchase and sale of the positions.

Remember, with technical analysis, you are acting based on what is actually happening right there in front of your face.

With fundamental analysis, you are forecasting what you think will happen by determining a valuation that the rest of the world disagrees with, and you believe they will eventually realize that they are all wrong and that you are right.

Personally, I'd rather be rich than right.

OK, now let's get to the answer to that little technical quiz I gave you at the beginning of this column.

The pattern is called a "morning doji star."

This is probably the single most potent and reliable 3-day bullish reversal pattern. The first day is a large down day.  The second day is the "doji star" itself.  It's not only a doji (which opens and closes at the same price, and therefore has no real body), but it's a "star" because the opening price of the day was lower than the previous day's low.

A morning doji star is confirmed with a strong white candlestick that moves well into the first candlestick's real body.

Thank you as always for your time and attention, 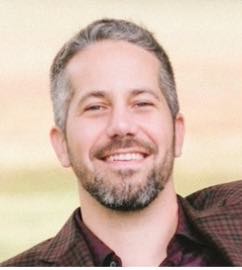