I hope you had a fine and restful weekend.

Last week, all five major averages finished in the red.

What's interesting is that all five rallied between the mid-day and the close.

I know this because, on Fridays, I put together a special weekly market update for True Market Insider readers.

Typically show a snapshot of the market from the previous Friday's close through the midday period of the current Friday.

This past Friday I flashed this image. The results are based on intraday prices for each average. 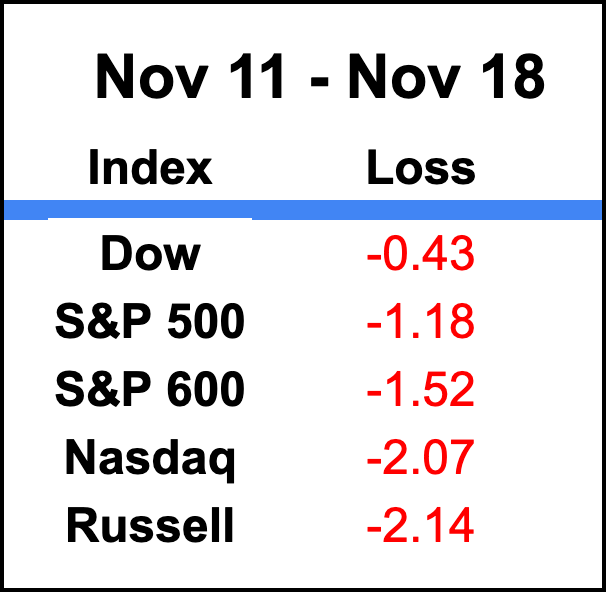 Today I calculated the performance of those same indices using Friday's closing prices. 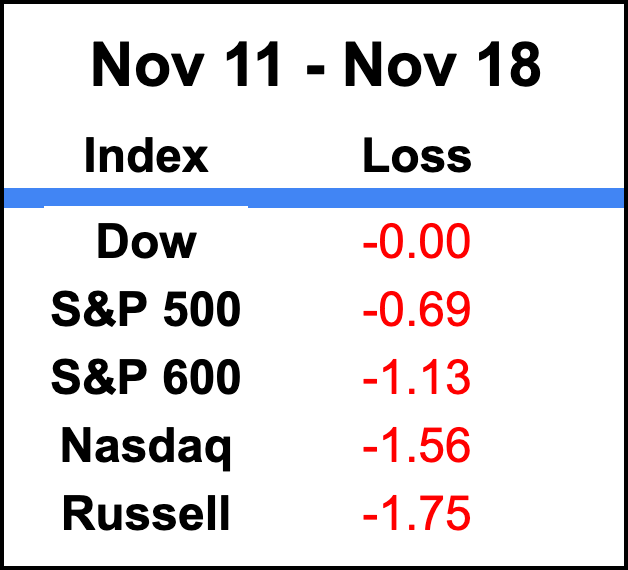 The relative rankings remain the same. We have the Dow Jones at the top (having essentially traded sideways)...

But all five averages were down less than they were down intraday. The closing price is the most valid price in a given trading session. The fact that all five indices rallied tells us that the weekly decline might not be as bearish as the pure numbers suggest.

Food for thought is all...

And speaking of food, this will be an abbreviated trading week, as the stock market will close for the Thanksgiving Day holiday.

Before you sit down to turkey and stuffing, consider looking at Weyco Group, Inc. (WEYS), a $227 million company out of Milwaukee, Wisconsin.

The company designs and distributes footwear for men, women, and children. According to Yahoo Finance, "The company offers mid-priced leather dress shoes and casual footwear of man-made materials or leather; and outdoor boots, shoes, and sandals under the Florsheim, Nunn Bush, Stacy Adams, BOGS, and Rafters brand names.

"It is also involved in the wholesale of its products to approximately 10,000 footwear, department, and specialty stores, as well as e-commerce retailers."

This stock form the #2-ranked Textiles Apparel sector, got my attention when I was creating a watchlist using the sector Prophets Pro Position Key.

These four blue arrows tell us that...

Here's a one-year chart of WEYS, with Fibonacci levels added in blue on the right.

WEYS has dipped about 2% since last Tuesday (11/15). The black dotted line shows a likely level of support near $22.40 should it dip further. You might want to wait and see how the stock behaves before taking a position.

We never try to predict what a stock or the market will do. But WEYS has a lot going for it.

As you've seen, the stock is in a strong sector, the #2-ranked Textiles Apparel. 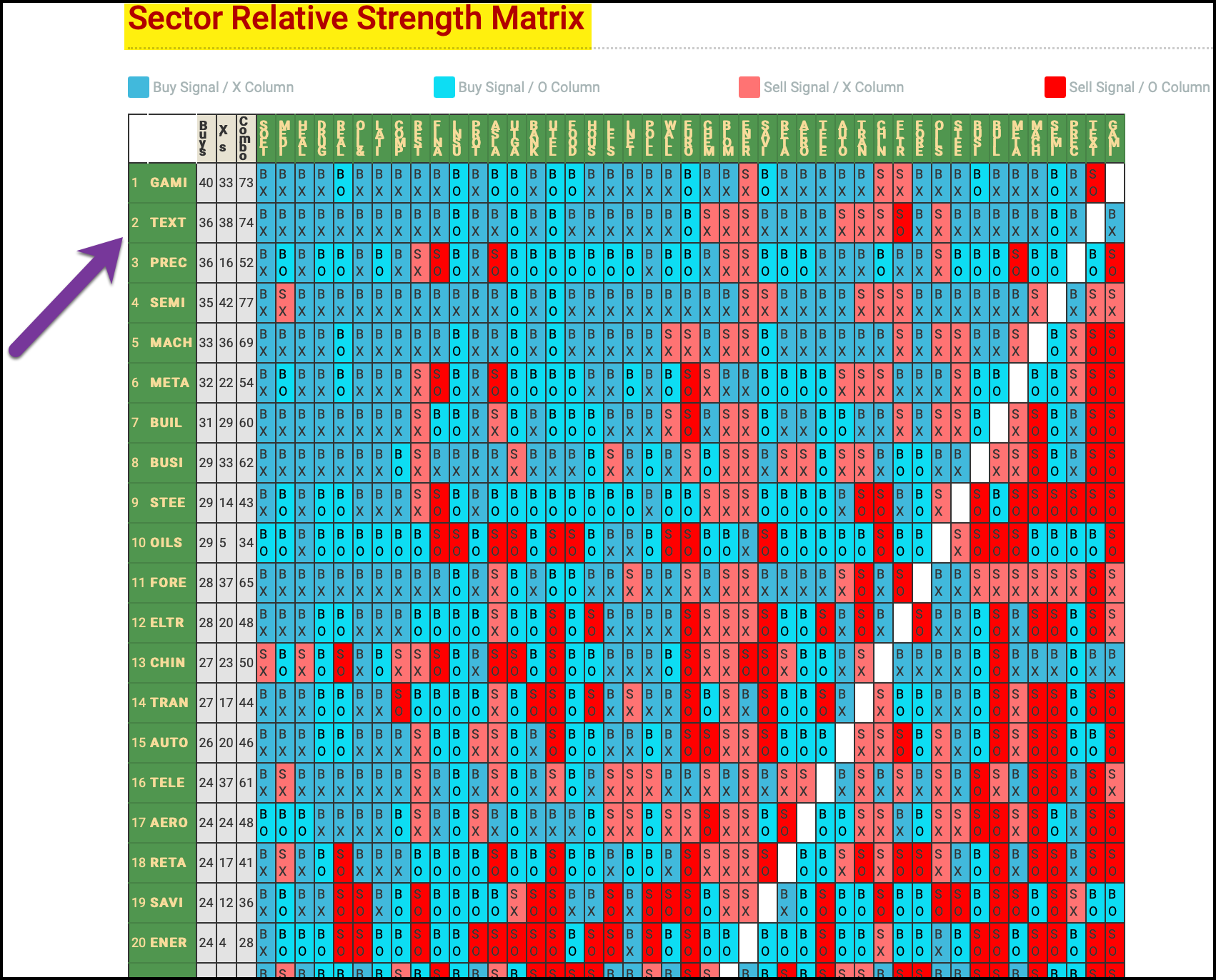 On its BPI chart, the stock is in a column of X's (short-term strong) and also on a point-and-figure Buy signal (intermediate- to longer-term strength). 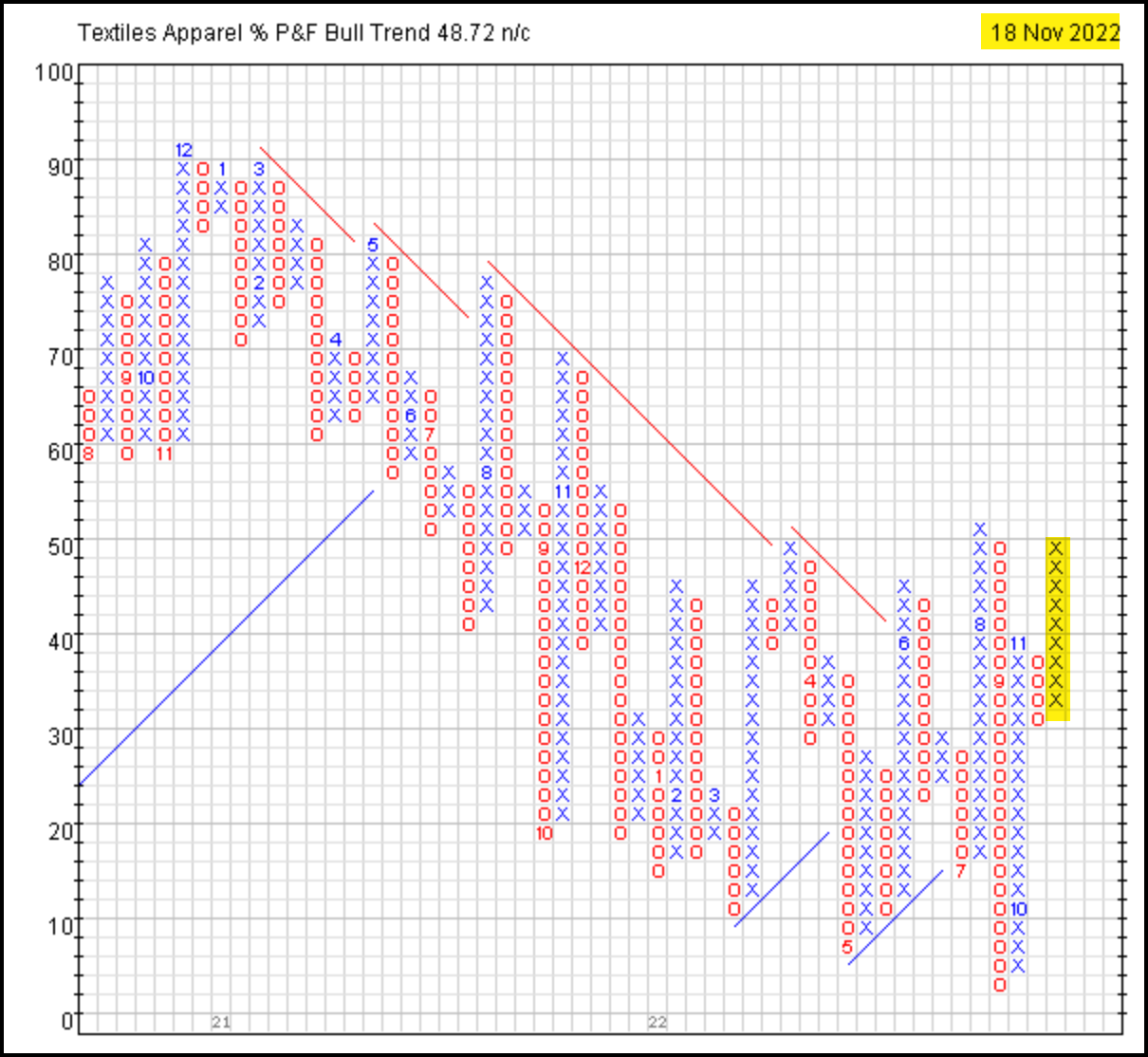 And as also mentioned above, the sector is outperforming the wider stock market.

After dumping shares of the stock in Q2, 2021, the large institutions have begun accumulating once again. 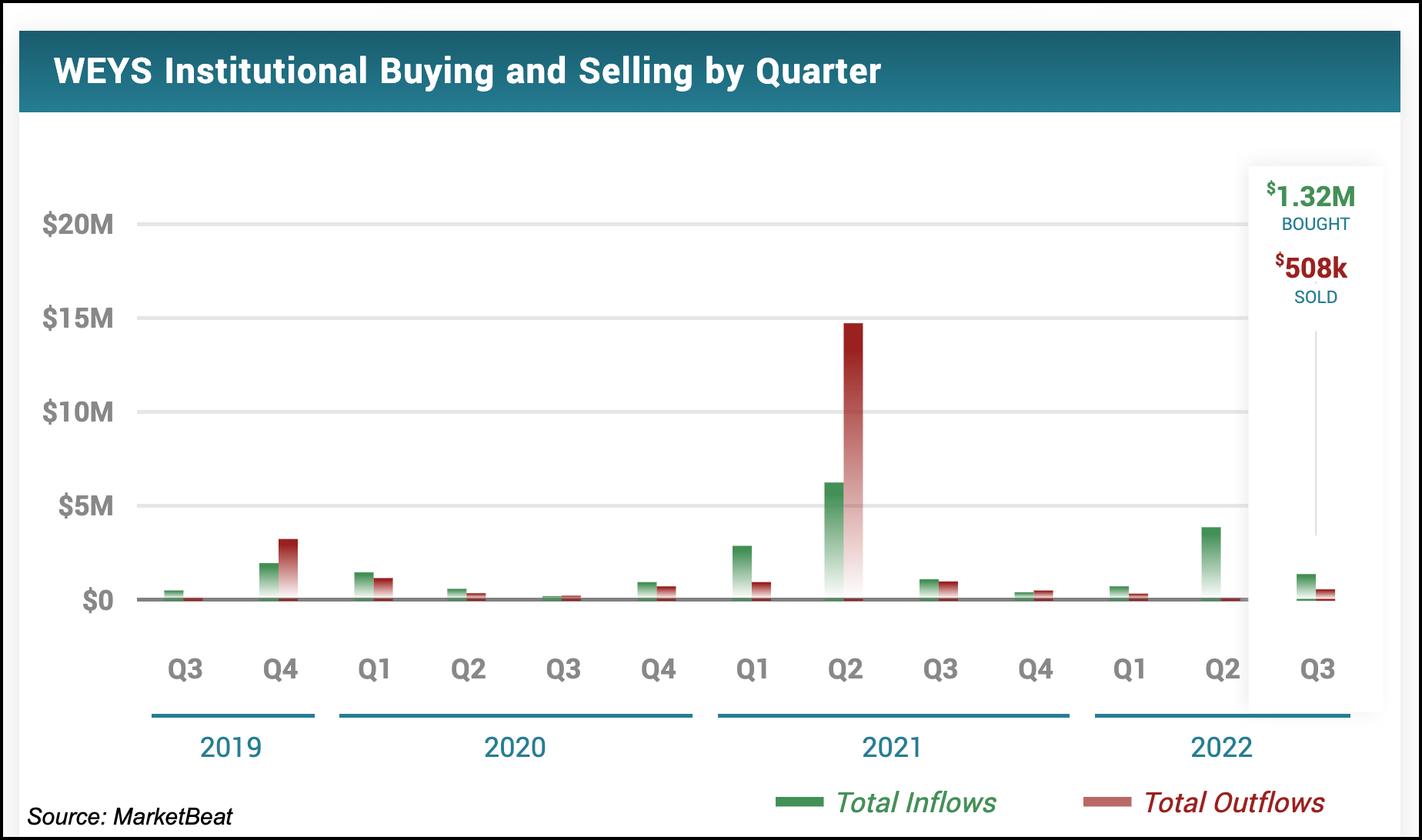 Over the past four quarters, they've purchased almost five times as much WEYS as they're sold, $6.14 million versus $1.27 million. 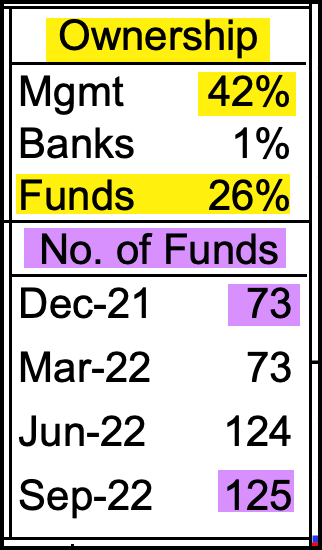 Again, you might want to wait and see if the stock dips further before committing. You could get a better entry price if you do.

Also, at about 30,000 daily shares, this is a pretty thinly traded issue. Many micro-and smaller small-caps are.

So if you're not the kind to tolerate volatility, you might want to sit this one out.

Thank you as always for your time and attention.

Have a great week and a fantastic Thanksgiving!