How To Grab Your “Bear Market Bucks”

That was the latest message from the Federal Reserve when yesterday afternoon the rate-setting committee hiked short-term rates 75 basis points for the third time in four months.

But the Fed has indicated that more rate hikes are needed in order to bring down inflation which is near 40 year highs.

Now I don’t have to tell you the effect it’s having on the financial markets.

And the stock market is in the midst of a nasty bear market.

In fact, just since the beginning of the year, the S&P 500 has already made four corrections (declines of -10% or greater), including the current selloff from the mid-August high. 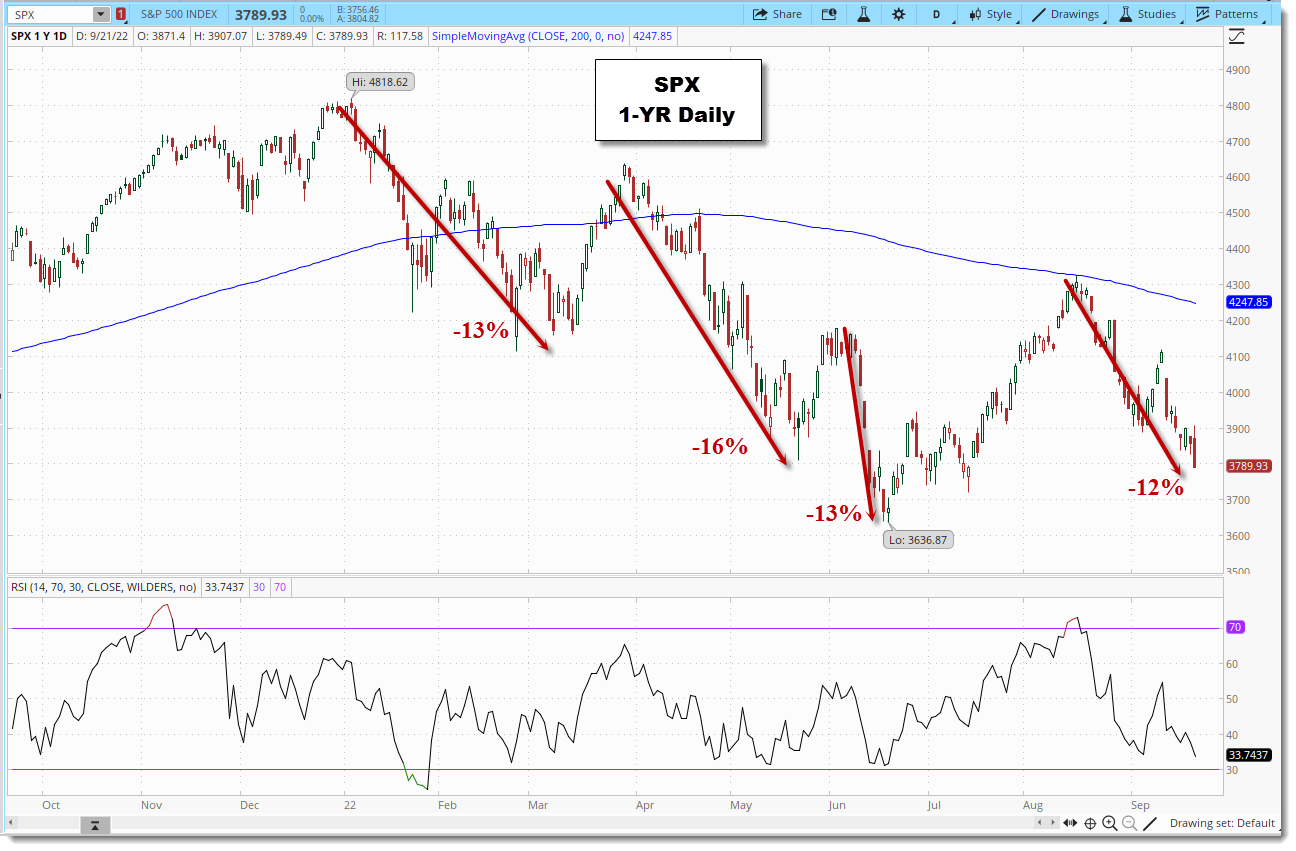 The S&P recently fell below 3,900, a short-term level of support which opened the (trap) door for a retest of the June low or worse.

Yes, things are looking to get worse before it gets better.

In fact, when we look at the current state of the stock market through the “True Market” lens, we see many sectors of the economy in the hands of supply.

Here is a snapshot of the U.S Industry Bell Curve, (courtesy of Sector Prophets Pro) which breaks the stock market into 41 domestic industry groups and four international groups. 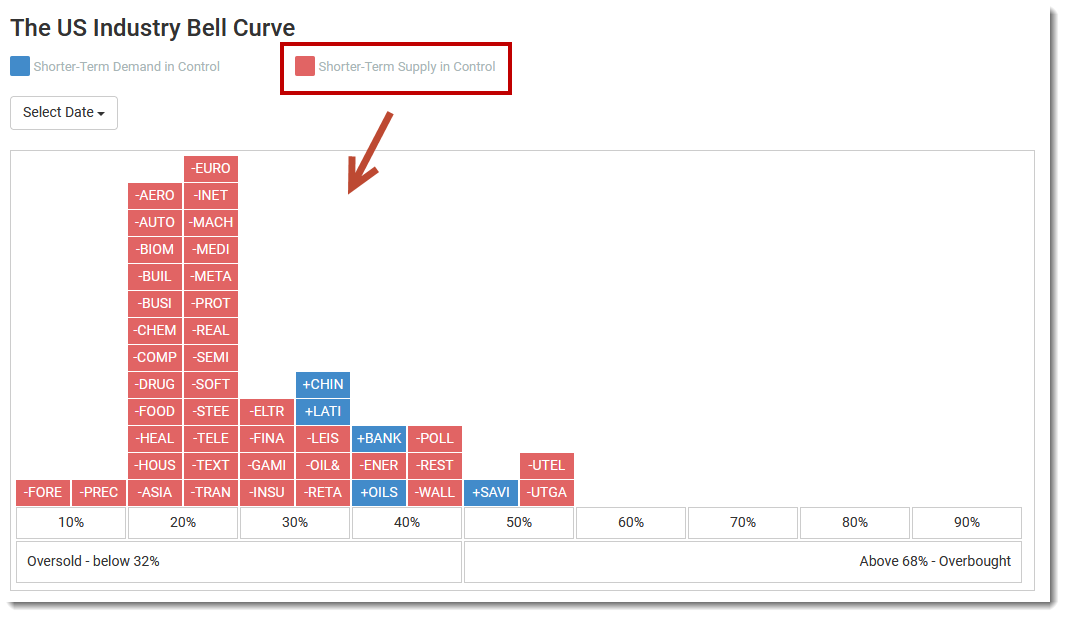 The groups shaded in RED are seeing an increasing number of stocks breaking key levels of support and trading on Sell signals on their respective trend charts.

In other words, large institutions are distributing shares and pushing prices lower across a wide swath of the stock market.

But let me tell you… I’m not worried one bit.

That’s because I’ve been taking advantage of this bear market and declining stock prices.

In Profit Skimmer, my options trading service, members have had the opportunity to profit from my bearish trade recommendations.

What’s great about this service is that my trading strategy can generate profits in bull markets, bear markets and even dull, sideways markets.

That's because my strategy is flexible, adaptive and has a clearly-defined risk management system built into each and every trade.

It’s no wonder that Profit Skimmer has been successfully running for twelve years (since 2010).

And just last week, we closed a profitable bearish trade in Caterpillar (CAT).

Members that participated in my recommended bear Put Spread in CAT had the opportunity to generate up to a +53% profit gain. 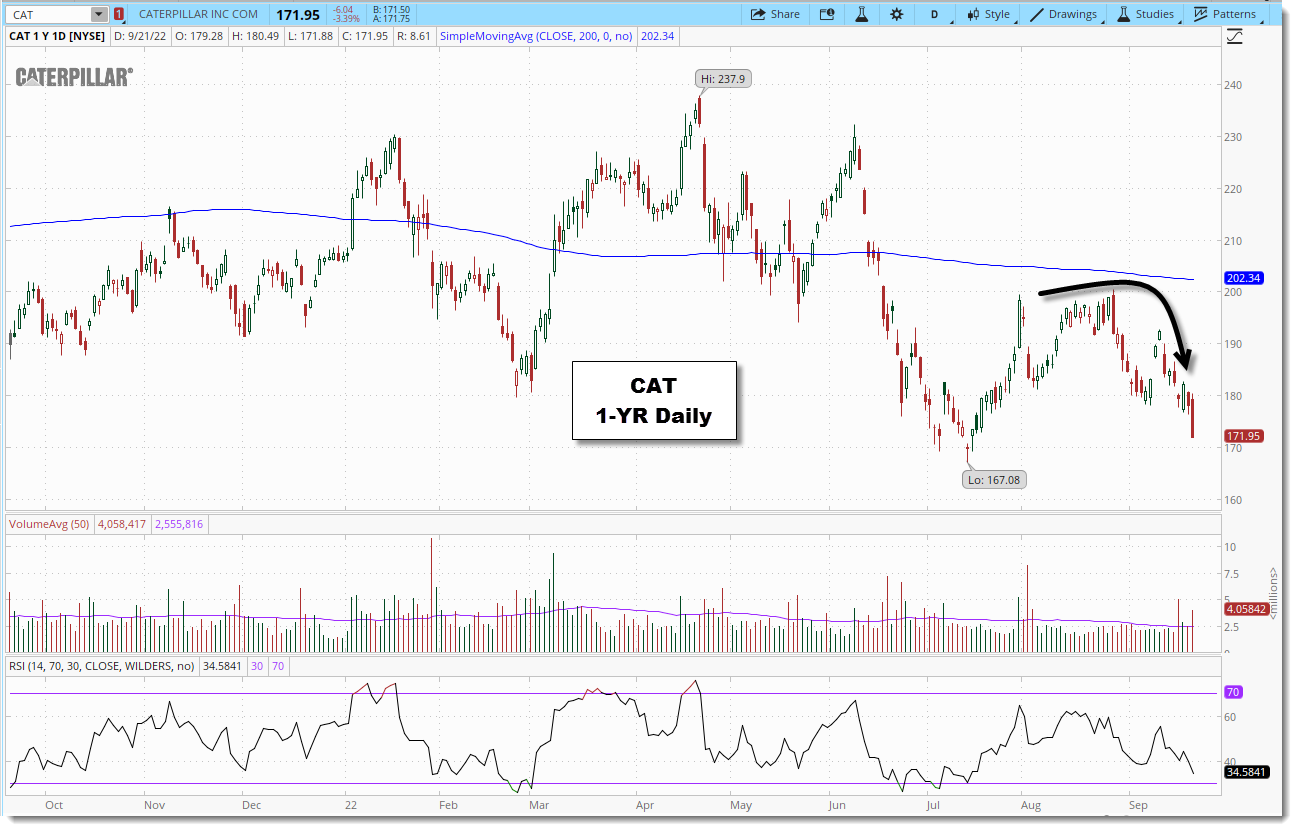 For sure, this is a weak-looking chart.

We can re-enter into another bearish trade in CAT. The stock is looking short-term oversold, so it could be a good candidate to bet against on any near-term strength.

In the meantime, Profit Skimmer members are taking advantage of another bearish play that I recommended in Yum Brands (YUM).  It’s currently an active position so I can’t speak too much about it at the moment.

But take a look at the YUM chart. It’s pretty weak too… 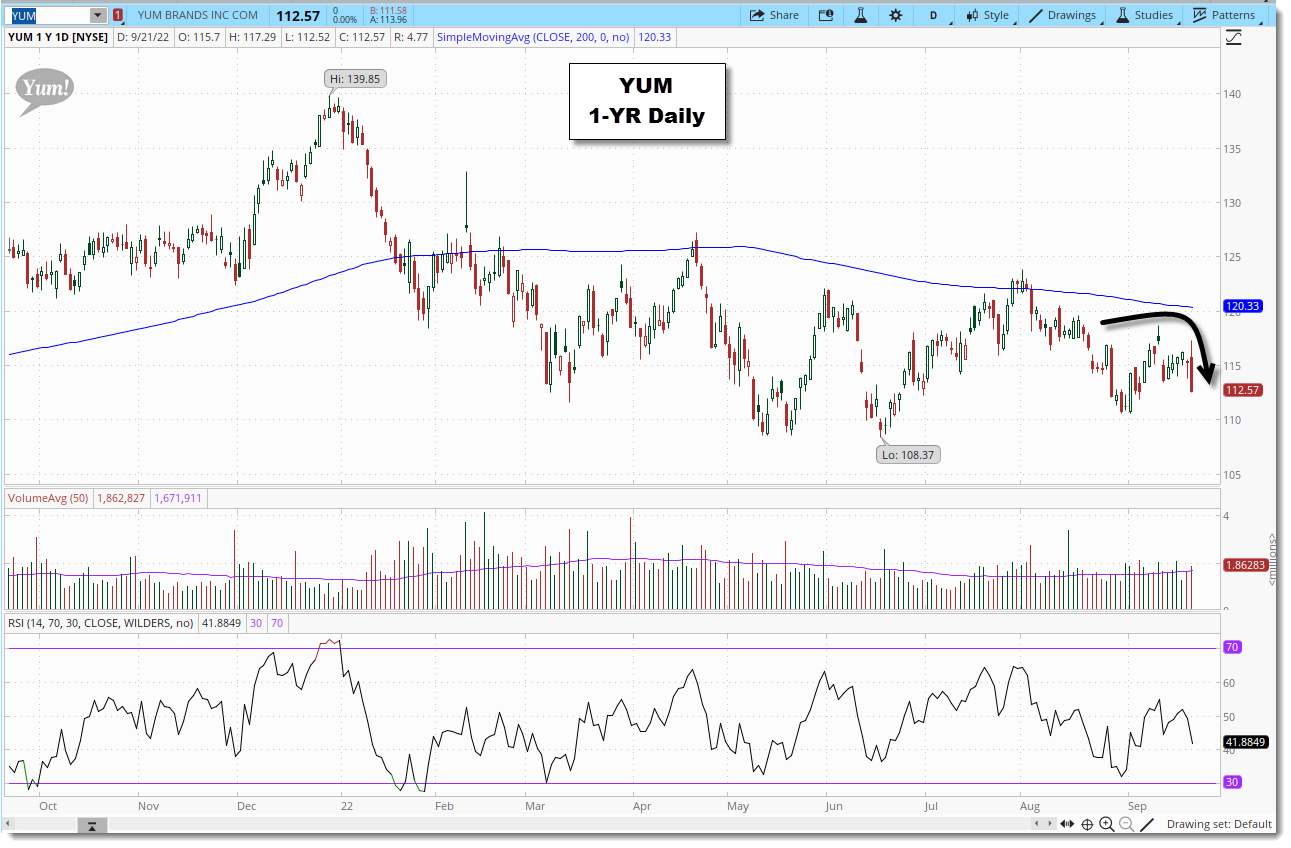 Bear Markets can be nasty.  Even painful for ordinary investors. And I get it.

But it doesn’t have to be that way. Not for you and me.

So rather than fearing this market, or, worse, watching your account lose value. Instead, embrace it and find ways to profit from declining prices.

Right now, we’re in a bear market. Those are the cards we’ve been dealt at the moment.

But eventually, the clouds will part and the sun will shine.

And when it does, then we will adapt and profit from rising prices.

Until then, it makes sense to make some trades that profit from price declines.

Got Options? Got Profit Skimmer? You Should!