The years that followed the Second World War ushered in a period of economic prosperity. Couples started having babies, effectively giving birth to the biggest generation of children the US had seen.

Appropriately labeled “baby boomers,” the sheer size of this generation magnified its impact on society. The massive growth of families led to a migration to the suburbs, which brought about a building boom in housing, schools, and shopping malls.

The Baby Boomers owned the title as the largest generation until recently. According to population estimates from the US Census Bureau, as of July 1, 2019, Millennials outnumber Baby Boomers.

Now, Millennials are out of college and in the workforce. And after two years of unpredictable circumstances ravishing the markets, the economy appears to be cooling off.

Inflation rose 9.1% in June, but it’s peaking. Oil prices are settling, gas prices have fallen for 57 straight days, and food and agriculture prices are coming back to earth.

But the largest generation in history faces a very real problem: housing.

Bidding wars overheated the home-buyer market where mortgage rates continue to steadily rise. This is forcing Millennials to stay in the renters market, which isn’t much better.

According to the CPI: Urban Consumer Index (which measures rent of a primary residence) in the last 12 months reported that rents are up 5.8%.

Not only is the rental market overcrowded, but decades of underbuilding compounded with historic inflation has created a massive gap in affordable housing.

The number of units available for rent less than $1,000 a month has declined by more than 4.7 million.

In fact, a study commissioned by the National Multifamily Housing Council and the National Apartment Association found that the US will need 4.3 million more apartments by 2035. That’s 266,000 new apartment homes every year.

It’s a problem that can no longer be ignored, and we’re starting to see companies take action.

There are nearly 836,000 multifamily units currently under construction, marking the most development since 1973.

But when we size up the state of the Real Estate industry group, it’s a mixed bag.

First let’s have a look at the relative strength situation.

If you look at the chart below, the Sector Relative Strength Chart is in a column of Os, meaning that the sector is underperforming the stock market on a shorter-term relative basis. 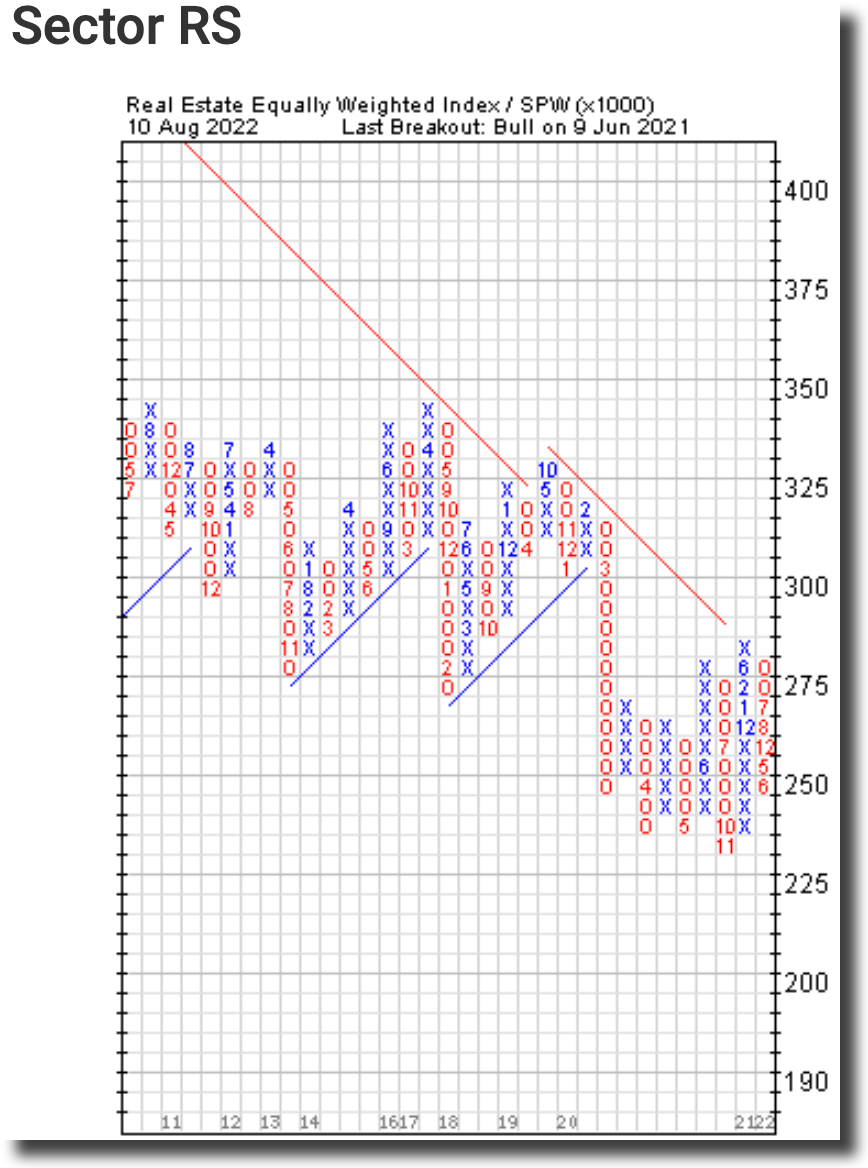 That said, the Sector RS Chart is on a relative strength “Buy signal.” So over the longer-term, the sector has been outperforming the US benchmark (S&P 500). 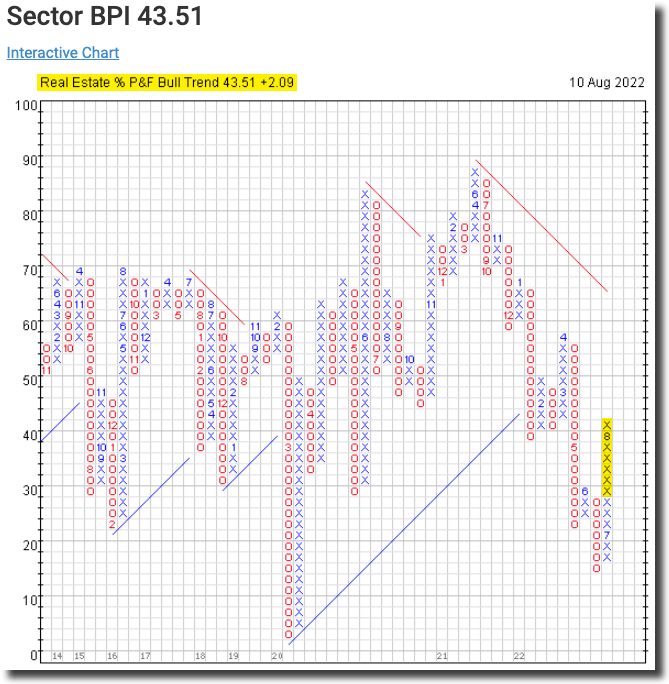 More stocks within Real Estate moving to Buy signals, a signal that large institutions are accumulating bullish positions within this group.

In fact, the Sector BPI is on bull confirmed status, the strongest designation for this medium- to longer-term breadth indicator.

In other words, this is a sector primed for a bullish breakout. And one stock in particular has “bull” written all over it.

AIV is a real estate investment firm that focuses on value-add and opportunistic multifamily investments located in some of the hottest real estate markets.

Their investments range from Northern to Southern California, South Florida, Denver and Boulder metropolitan areas, and the Northeast.

The company’s investment portfolio is growing like crazy too. Its future development pipeline has tripled since the start of 2021.

Future growth aside, the company’s revenue is already growing.

Net income its current portfolio of income-producing properties is up 14.9% during the first half of 2022.

The company is building on a strong foundation as it plans to add an additional 15 million square feet of residential and mixed-use developments in the next year.

It’s trading right around $9, and is currently in a positive trend. It has re-tested prior resistance levels, and finally pushed above them.

If you’re looking for a bullish opportunity, AIV is looking good.

The technical indicators are bullish, the stock is making new all-time highs, and the company has huge growth potential for the coming years.

I would offer one caveat however. With an RSI reading of 78, AIV is overbought right now. (Readings above 70 indicate overbought.) The stock could be due for a pullback, which would give you an attractive entry point.

That prior level of resistance can now be viewed as a key level of support and offer a nice entry point on a potential pullback.