Micro-Cap Monday - Here's How to Profit from Special Booze

For all intents and purposes, summer has arrived. That means baseball, sun and sand. It means warm evenings.

Before we dive into today’s micro-cap company, a word please.

As you know, micro-cap stocks tend to be more volatile than their larger-cap cousins. They can swoop and they can swoon. Because they’re also typically thinly-traded issues, they’re difficult or impossible to short. Likewise, you can rarely count on finding tradeable Put options on micro-caps.

For all of these reasons we tend to limit ourselves to playing the upside with micros.

That said, right now we’re in a bear market. All the major indices have fallen by at least 20% from their recent highs.

But bear in mind that even in a bear market, prices don’t fall forever. We always see short-term rallies within the larger down trend. This should shock no one. After all, don’t we see short-term dips during long-term bull markets? Same thing, only different.

My point is, you can play the upside during a bear market. But you need to keep a few things in mind. One, you’re putting on a contrarian or counter trade. So you should accept the fact that the (down) trend is not your friend.

Number two, if you put on a bullish play, betting on an upside move, and you’re wrong, you need to be just as aggressive getting out as you were getting in.

The company you’re about to meet is in a sector that is currently very strong. This stock is gaining institutional sponsorship, and boasts some excellent fundamentals. (The company also just made a very tasty acquisition. More on that in a moment.)

I think we can see gains as high as 117%, if not higher. But, we might not see them right away. This is a stock to keep a close eye on, if you’re uncomfortable playing the counter trend.

With a $344 million market cap, Alto Ingredients (ALTO) is the largest producer (and distributor) of specialty alcohols in the U.S. The company produces essential ingredients aimed at four markets: Food and Beverage, Pharmaceutical, Industrial and Renewable Fuels.

In Sector Prophets Pro, our sector research and data platform, ALTO is listed under the Energy Other sector. Currently, Energy Other is ranked #5 out of the 45 sectors we monitor.

We can see that using the Sector Relative Strength (RS) Matrix. 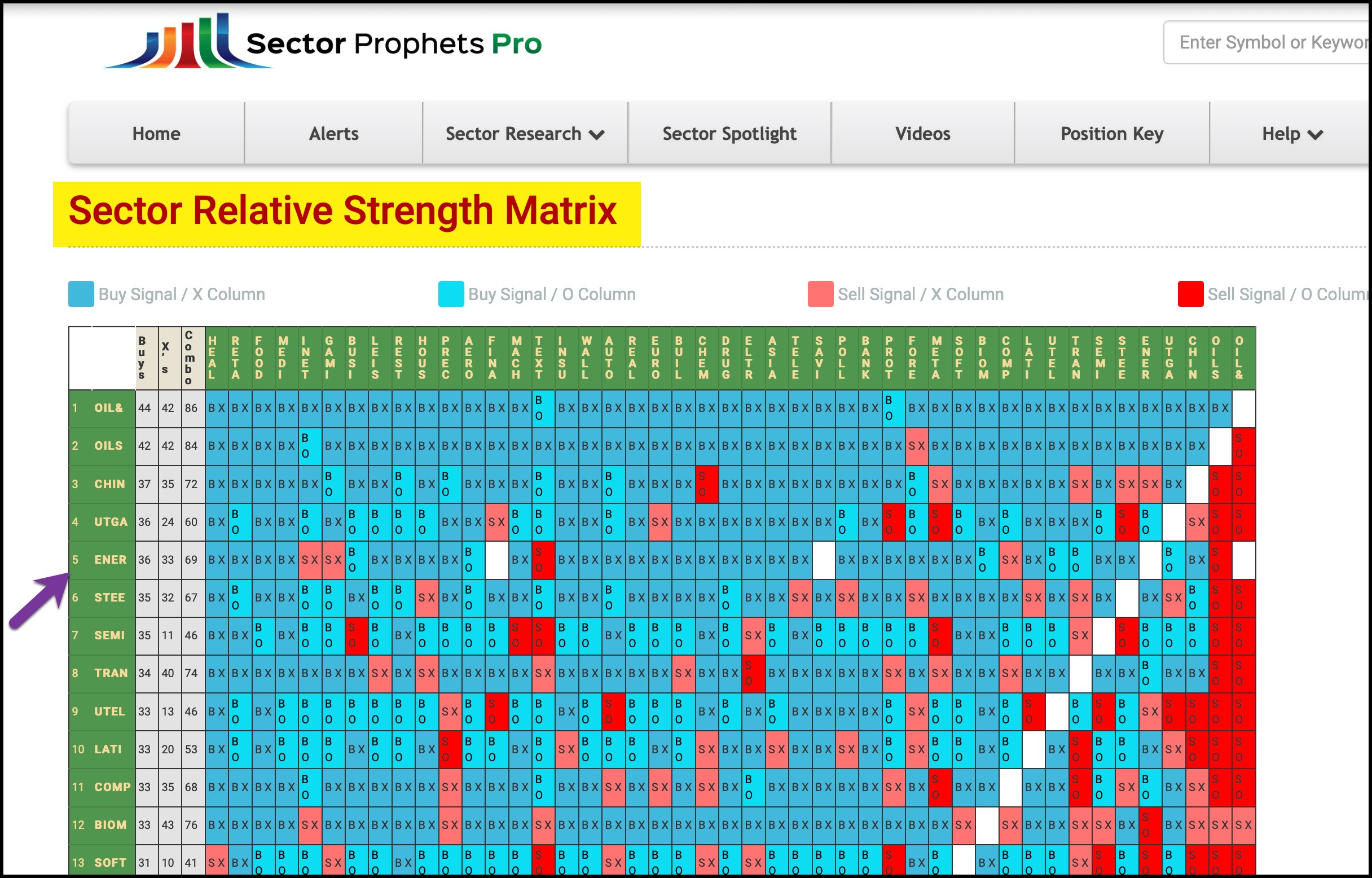 The Energy Other sector’s bullish percent index (BPI) chart, below, shows the percentage of Energy Other stocks currently trading on point-and-figure Buy signals on their own respective price charts.

As you can see, the sector recently came roaring out of oversold territory and is in a towering column of X’s. The BPI is also on a point-and-figure Buy signal. This tells us that the sector should be considered strong over both the short and long terms. 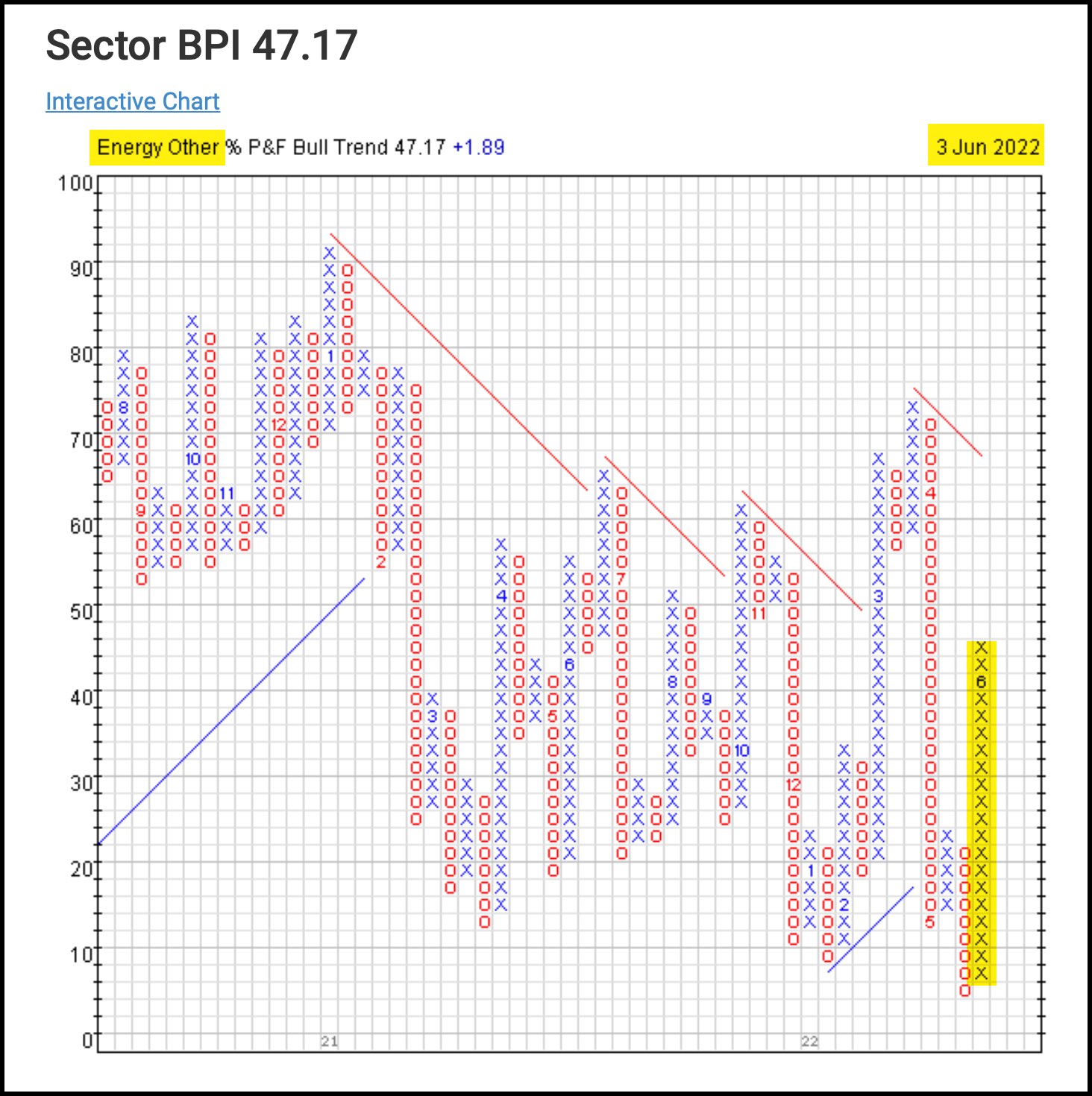 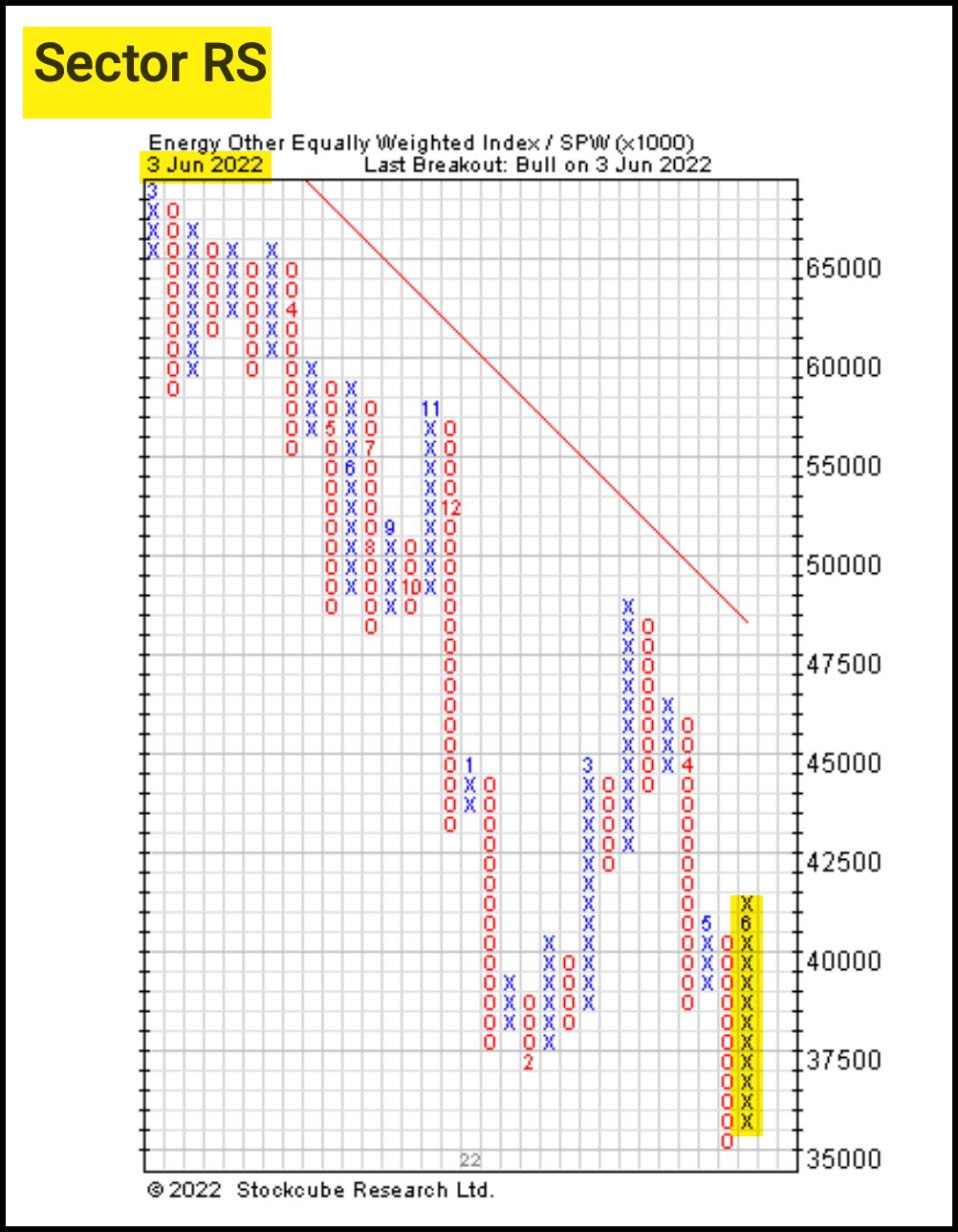 All of this bodes well for a bullish bet on ALTO, especially one with a short-term horizon.

According to the company, Alto Ingredients's mission is: “to provide ingredients that make everyday life better.”

The company serves a powerful list of customers, whether in ethanol, dish soap, booze or snacks. With so many of its offerings in the defensive non-cyclical consumer space, I think this company is nicely positioned to weather any economic decline.

As a provider of essential ingredients, ALTO can be thought of as the ultimate pick and shovel play. Their specialty alcohols end up in a dizzying array of products. 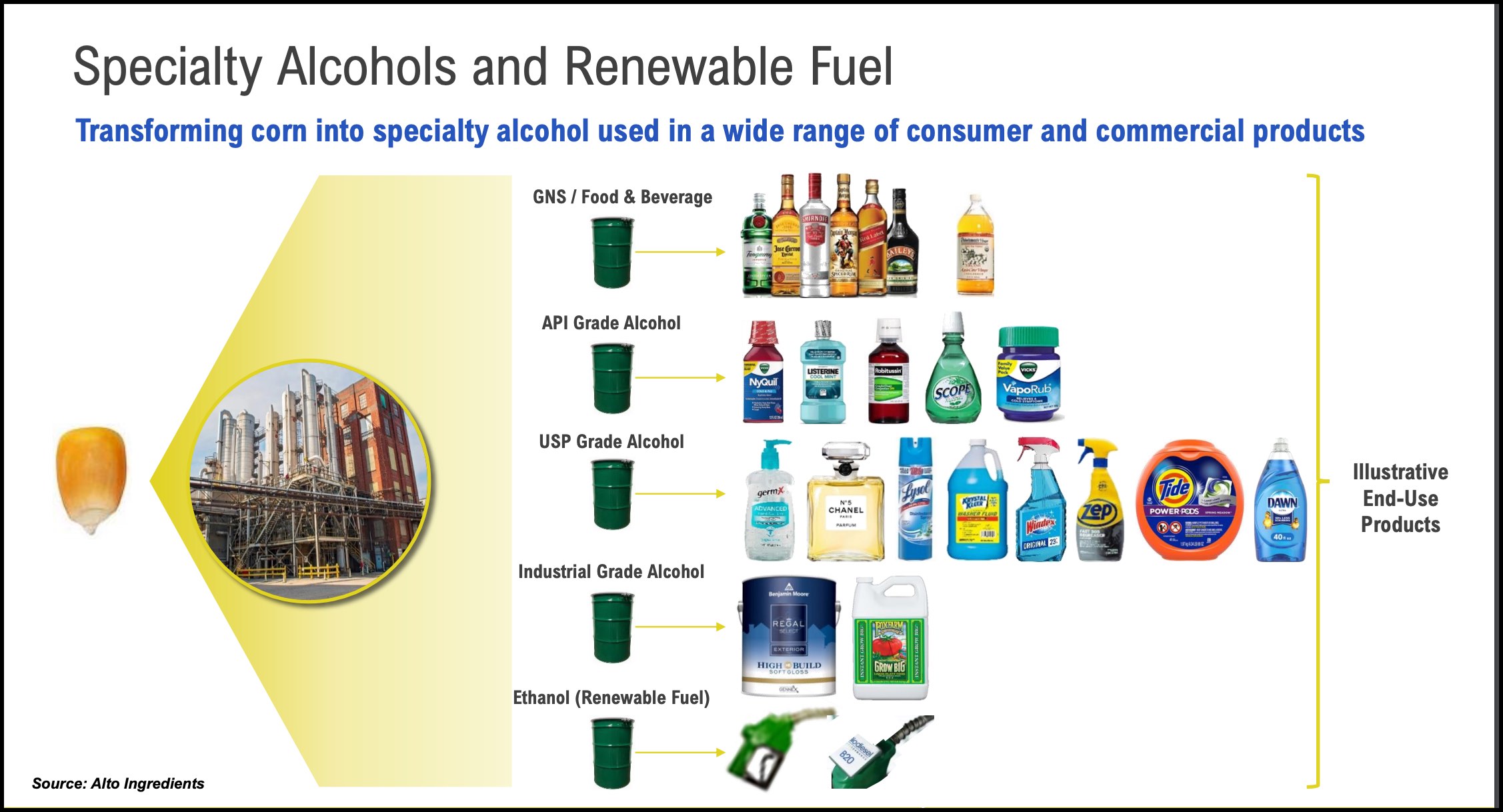 What draws my eye toward ALTO is its customer base, which contains such household names as: Nestle, Chevron Corporation, bp, and Church and Dwight, which owns the Arm & Hammer line.

According to Alto, “Eagle delivers products to customers in the beverage, food, pharma, and related-process industries via its own dedicated trucking fleet and common carrier.

“Eagle generated over $35 million in revenues in 2021. Eagle is now a wholly owned subsidiary of Alto, and its former president Dan Croghan, will remain with the company and has been named Vice President of Alto and General Manager of Eagle. Croghan and his team bring over 60 years of combined experience and expertise in the chemical and alcohol distribution industry.”

The acquisition is expected to be immediately accretive and grow Adjusted EBITDA by $7 million to $9 million annually in 2023 and beyond, including expected synergies.

Operating income was $37.28 million, which compares very favorably to a $14.23 million operating loss in the prior-year quarter.

That said, ALTO is still up over 280% over the past three years, and over the past year, it’s  formed a very strong base. Remember – “the bigger the breakout.”

What’s Next for ALTO?

Again, we’re in a bear market. The long-term trend is down. Playing the upside is valid, if you keep your head about you and know what you’re getting into.

The big funds have started taking positions in ALTO, which is something we always want to see.

During the most recent quarter, institutions accumulated $32 million worth of ALTO while distributing just $7.89 million – a positive buy/sell multiple of 4.05x.

The stock trades near $4.60 and many funds are prohibited from taking positions until it breaks $5.00. Some funds won’t buy until it reaches $10.00.