Feel free to take this article with a grain of salt.

Just make sure you toss a pinch over your left shoulder in case you’ve been a little unlucky lately.

Then again, I don’t know if today being Friday the 13th cancels out any good fortune that act might bring.

Personally, I’ve never had anything bad happen on a Friday the 13th (knock on wood), but an estimated one in 10 Americans fear that something will.

The most familiar source of both these phobias is Christian theology. Thirteen is significant to Christians because it is the number of people who were present at the Last Supper (Jesus and his 12 apostles). And they’ve been traditionally wary of Fridays because Jesus was crucified on a Friday.

One theory specific to Fridays involves sailors who often refused to ship out to sea on a Friday. According to 18th century legend, the British Navy commissioned a ship called the H.M.S. on a Friday in order to put an end to the superstition.

The navy selected the crew on a Friday, launched the ship on a Friday and even selected a man named James Friday as the ship's captain. Then, one Friday morning, the ship set off on its maiden voyage–and disappeared forever.

These phobias can have implications far beyond avoiding things like 13th floors, of which 90% of buildings in the U.S. don’t even feature.

Other studies show people become much more risk-averse in their choices after thinking about Friday the 13th. One 2017 study found a reluctance to do business on the day results in a typical loss for the U.S. economy of $800 billion-$900 billion. 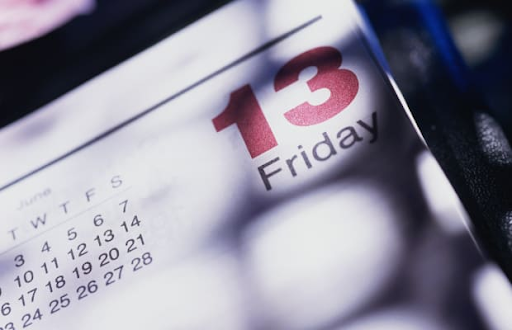 Does this fear affect stock market prices? Sort of.

Historically, stocks have risen around 57% of the time on Friday the 13th, versus 52% of the time for any random trading day, according to S&P Dow Jones Indices.

In fact, "the two worst Friday the 13th daily returns for the S&P 500 took place in the month of October," according to LPL Financial. 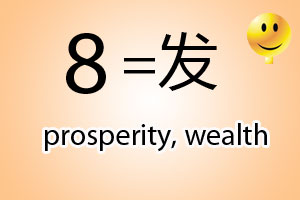 Many Chinese perceive the former as lucky, the latter unlucky.

That’s why Bank of China opened its Hong Kong office on August 8th, 1988 and why the Beijing Olympics began at 8.08pm on August 8th, 2008 and why China’s tallest skyscraper is 88 floors high. And it’s the reason why a group of Chinese investors last year bought a Sydney skyscraper for $88,888,888.

You might think that if any stock market is likely to be affected by superstitious beliefs, it’s China’s. You would be right.

Investor interest in firms with lucky codes means they initially trade at a premium to the market, and this overvaluation means they underperform over time.

Another paper, Do Superstitious Traders Lose Money? found that Taiwanese traders are more than 50% more likely to place an order ending in an eight than in a four. Such behavior is costly – the most superstitious traders, the researchers found, underperformed the least superstitious by almost 9% per year.

Something tells me that superstition will have little to zero to do with how the market performs today. If we have a repeat of the past few days, we may very well experience the worst Friday the 13th in stock market history.

But if you are a believer in the superstition, here’s a bit of good news: May is the only month in 2022 with a Friday the 13th.

One date I know will be a lucky one for you is Tuesday, May 17.  That's when Costas Bocelli presents The Dark Edge Summit when he'll tell you how you can be privy to the trades that big in-the-know options players make.

Register for your free spot today by clicking here.