I hope you had a fine Mother's Day yesterday. Even if you're not a Mom yourself...

I'm willing to bet you at least have one.

The market had a crazy time of it during the week that just passed. All five of the major averages we track lost ground. But what's interesting is the manner in which they lost it.

As you can see in the image below, the S&P 500 and the Dow Jones Industrials and S&P lost barely a quarter of a percent each.

But those near-sideways moves belie the gut-churning ups and downs they endured. 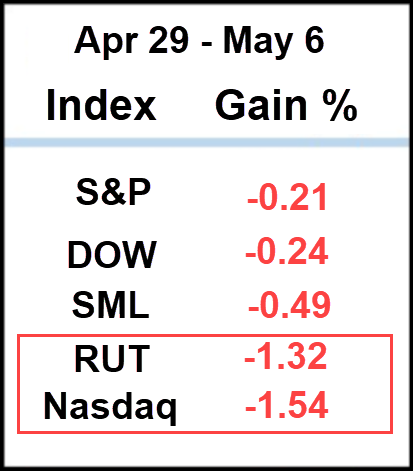 On Wednesday the market shot up nearly 1,000 points...

While on Thursday the market sank more than 1,000 points.

That kind of whipsawing volatility is enough to send all but the hardiest (or foolhardiest) investors running for the exits.

That said, you've heard us say many times that, "there's always a bull market somewhere."

And right now that happens to be in commodities, especially energy.

Today we're going to go to that same (oil) well again with another stock from the #1-ranked Oil and Coal sector.

The sector's bullish percent index (BPI) chart is in an ascending column of X's and is on a point-and-figure Buy signal. That means we should consider the sector strong over the short term as well as over the intermediate to longer term.

On a relative basis, the sector is out performing the wider stock market, the Equally Weighted S&P 500. (The S&P you hear about on the news is cap-weighted. The larger stocks have more "votes" regarding the level of the index. For that reason it doesn't give us as clear a picture of the true state of the market.) 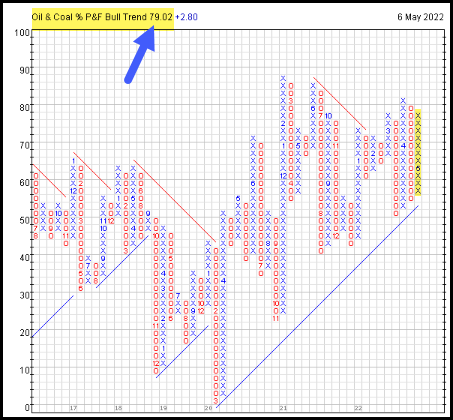 As you can see the chart is also in a column of X's and on a Buy signal. That means, again, that the sector, compared to the market, is to be considered strong over both the short as well as the long term. 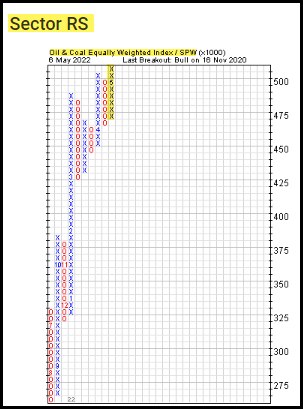 As of December 31, 2021, the company had total estimated proved reserves of approximately 121.2 million barrels of oil equivalent as well as 2,417 gross producing wells. 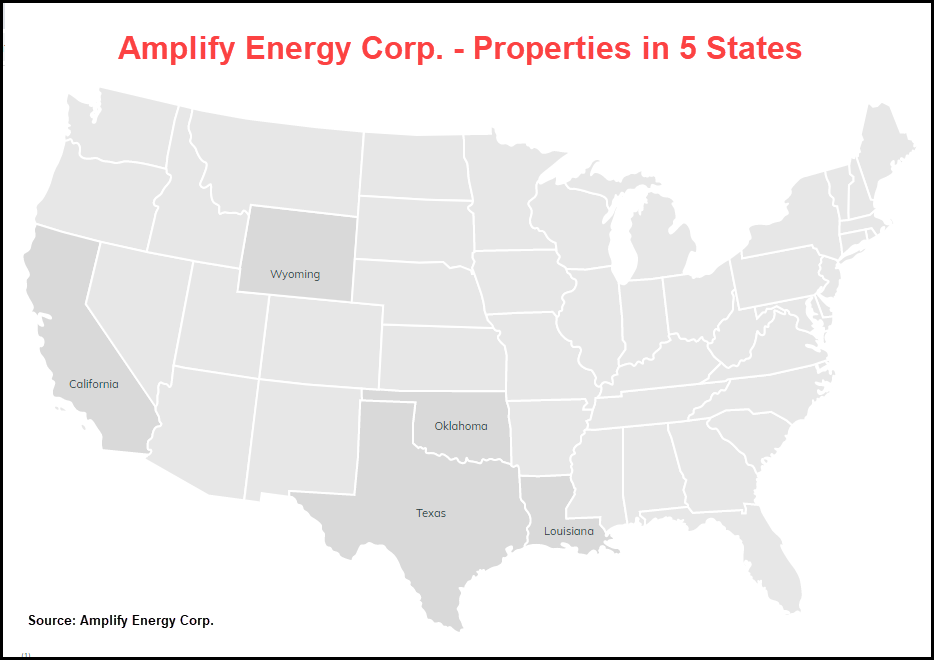 When we plug AMPY into the Position Key (one of the institutional-quality tools that comes bundled with Sector Prophets Pro, our sector research and data platform) we see nothing but good news.

Read from left to right, those blue arrows mean that...

In a second, I'll show you how AMPY is also outperforming its competitors.

First, here's something you need to know about. This Wednesday (5/11) at 12:00PM EST Chris Rowe is hosting a brand new live Q&A event on Facebook. This is only the second time Chris has reached out to individual investors in this way. (The first one was an unqualified success!)

As you know the markets have been nuts lately. Chris feels that social media is a great, easy way to reach folks who...

These event are extraordinarily insightful and a whole lot of fun.

Do yourself a favor and join Chris at 12 noon EST on Wednesday. You can bring your questions as well.

Below is a "performance chart" (or "perf chart") showing how the stock (the red line) stacks up against a basket of its leading peers, namely Comstock Resources, Inc. (CRK)... Devon Energy Corp (DVN)... Range Resources (RRC)... and Antero Resources, Corp (AR). 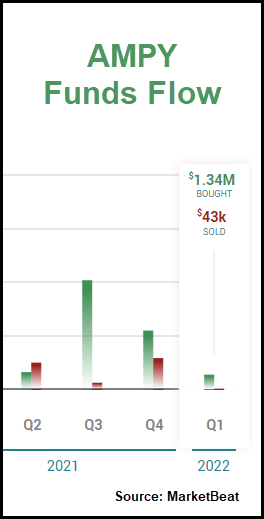 Below is a 1-year daily price chart of AMPY. On Friday (5/6) the stock made an intraday high of $7.76. What's notable is that the intraday high corresponded with the 161.8% Fibonacci level (the yellow highlighted line).

The stock was unable to penetrate that key level. Should it manage to break above that line, it'll have a clear shot at the next Fibo level, the 261.8% shown highlighted in blue. That price ($10.97) represents a return of +46% above the current price.

We never try to predict where a stock or the market will go. Obviously anything can happen. (And in this crazy market, as we've seen, anything does happen...)

But I like this tiny Oil and Coal stock's chances. With war in Ukraine, supply chain shortages and continued sector strength, I think AMPY is going to join that list of Oil and Coal winners you saw earlier.