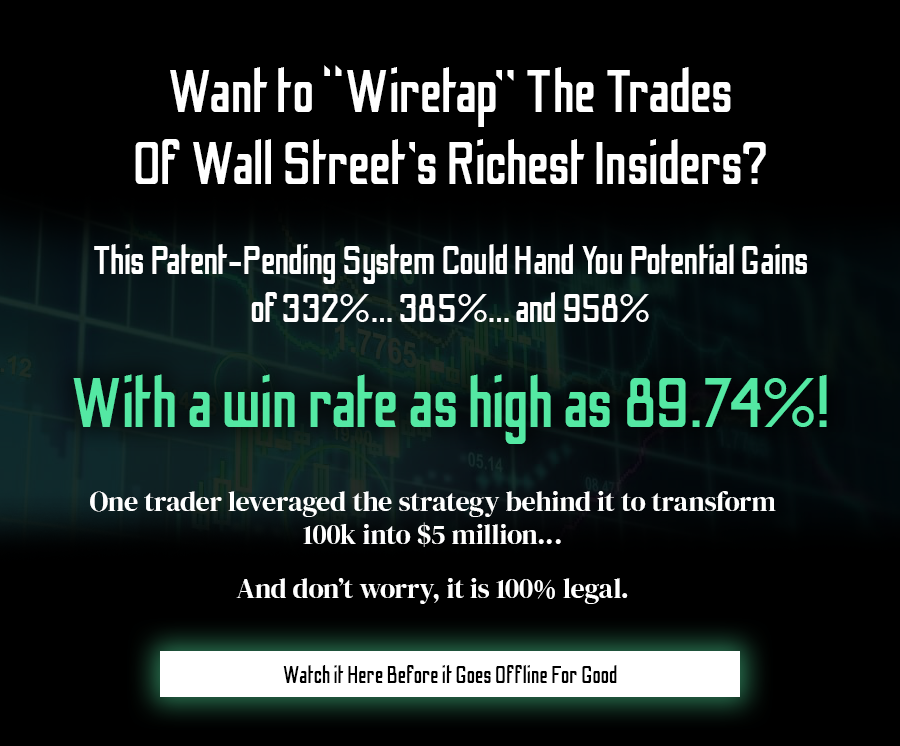 Has the Trump Rally Gone Too Far, Too Fast? Here’s How to Protect Your Stocks (While Saving A Bundle…

Earlier this week, the Dow Jones Industrial Average was on the brink of a major milestone.

After climbing more than 2,000 points since early November, the widely-followed stock market gauge is poised to eclipse 20,000 for the first time ever.

In fact, at one point during Tuesday’s trading session the index stood less than 13 points away from 20,000.

The champagne stands ready in a chilled bucket of ice.

Who knows, perhaps by the time you're reading today’s column, the cork will have already been popped on that bottle of bubbly.

Either way, the equity markets have been on an impressive run.

But if you recall in last week’s column, we made the compelling argument that trading conditions were beginning to look a bit tipsy in their own right.

Each of these points to a market that’s vulnerable to some sort of corrective action – action that is needed to curb the excessive bullishness that’s been building since the election.

But there’s an unknown variable in the mix -- timing.

You see, even in the face of so many warning signs, overbought conditions can remain overbought far longer than you might expect.

I do get that. Who wants to leave a party early when everyone’s still having a grand old time?

That said, you don’t have to stand idle and do nothing.

You can stay at the party while at the same time taking steps to limit the effects of a hangover should the party come to an abrupt end.

In last week’s column, we shared one strategy for reducing risk while maintaining unlimited upside exposure to the rally.

It’s called a stock replacement strategy. You sell your stocks at the recent highs and use a small portion of the gains to purchase Call options.  The resulting action raises cash but still keeps your upside potential in place.

But this strategy could pose potential drawbacks, particularly for investors that would produce substantial capital gains that are not in a qualified retirement account.

Tax treatment is certainly a consideration when making investment decisions, so this particular strategy may not be right for all investors looking to counter an overbought trading condition.

That said, here’s another strategy that will allow you to maintain a bullish position but also protect you from a potential correction beyond the remainder of this tax year.

A Put option gives the holder the right to sell a security at a certain price (strike) by a certain date (expiration).

It is essentially an insurance policy that you can purchase to protect stocks and ETF’s that you own against a price decline.

So laying out option premiums can sometimes be an expensive proposition.

But what if I told that there’s a way to get a substantial amount of protection, but at a meaningful discount?

That would be a smarter way to protect your downside while maintaining bullish upside exposure.

The strategy is called a Vertical Put Spread.

You see, in a Vertical Put Spread, we are going to purchase a Put option (our protection), but we’re also going to sell another one against it.  This strategy drastically reduces the cost of the hedge, but with a trade-off.

It only creates a limited hedge.

Do we really need unlimited downside protection in many of the core holdings that we own?

Think about that for a moment.

Sure, a stock or ETF could technically trade down to zero. But more realistically, most stocks or ETF’s that correct from an overbought trading condition retrace only a fraction of their gains.

So with that in mind, why not take out a limited insurance policy that would likely be sufficient, yet costs substantially less?

By owning the Put option, we have fully hedged our 100 shares should the SPY trade $225 or lower.  The Put option actually provides protection all the way down to Zero!

This s more than enough protection, because most corrections that occur in a bull market are less than 10% in magnitude.

So unless you expect a full-blown market crash, you can feel comfortable with sufficient protection at far less cost.

That’s where the Vertical Put Spread comes in.

You see, we can sell an even lower-strike Put option against the Put Option that we plan to purchase.

By creating the Vertical Spread, we have essentially purchased insurance from $225 down to $210 or about 7% below its recent price.

And by being willing to limit our insurance, we lower the cost of the hedge by 37%!

That’s a huge savings considering that we are fully protected up to a 7% selloff over the next three-months (that is, until March expiration).

1. Purchasing Put options can be an effective strategy when you need to hold a security, but want to protect against a meaningful decline.

2. But going one-step further by creating a well-structured Vertical Put Spread can offer you the substantial protection that you’re seeking, but at a meaningful discount.

The Vertical Put Spread can make your money work harder for you, and besides…