These drought declarations in California, where I live, are beginning to sound like broken records.

I’ve lost count as to how many times a Golden State governor has taken to the podium and airwaves to declare that “California is experiencing its worst drought since the late 1800s, as measured by both lack of precipitation and high temperatures.”

I recall back in 2016 during a road trip to Oregon, my travel companion and I took the 5 Interstate through the Central Valley’s miles of farmland. The electronic traffic signs normally used to alert drivers of road conditions all read “Serious Drought. Help Save Water” as part of a statewide educational campaign by Caltrans.

Plenty of other homemade banners and signs dotted the region with messages like: “Man-made Drought,” “Congress-created Dust Bowl,” and “Food Grows Where Water Flows.”

Their presence struck me as somewhat odd considering we’d just had a year of heavy rains that produced a formidable Sierra snowpack. Plus, we could see plenty of  commodity crops dotting our route the entire way.

The region didn’t appear thirsty, and in Southern California there had been no shortage of fruits or nuts in grocery stores.  Still, then-Governor Jerry Brown ordered a 25% reduction in water usage across the state with fines up to $10,000 for blatant signs of waste.

Californians can’t help but be a thirsty bunch. Even without a drought, we live in a dry climate. So, we consume on average a lot of water – 137 gallons per day compared to 72 gallons in the Northeast and 82 gallons in the Midwest.

When I returned from Oregon, signs of drought had sprung up at the beach. I remember seeing a sign on the window of the snack shop at Doheny State Beach reading: “We can no longer give out cups of ice or water.” So, I bought a 20 oz. bottle for $2.75.

State beaches also cut the supply of water to their outdoor showers. It was just too bad if your kids had sand in every nook and cranny of their bodies. As one local news station suggested, you can make your own portable shower with just a few items from Home Depot (HD). 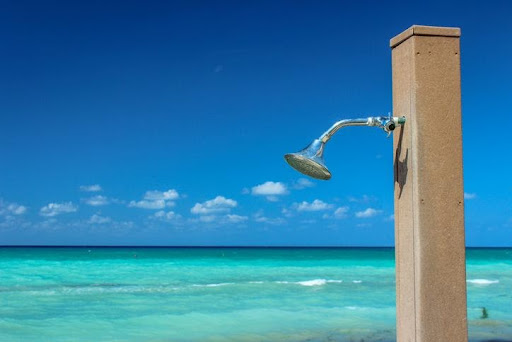 Fast forward to today, and not much has changed with respect to drought. Of course, it’s now Governor Gavin Newsom making the declarations and demanding Californians cut back on water use as we enter yet another year (the third in a row) of  “the worst drought since the 1800s.”

And yet, when it came to changing watery habits in the Golden State, those conservation mandates amounted to little more than a drop in the bucket. In late 2021, the State Water Resources Control Board revealed that Californians cut their home water use by just 5% in August compared to August 2020. That’s a far cry from the voluntary 15% cuts Newsom had urged throughout the summer.

It’s not a bad strategy, although I’m pretty sure none of that will go toward bribing Mother Nature. Instead, much of it will be funneled into groundwater recharging efforts, technical assistance and drought relief for small farmers, mobile irrigation labs, irrigation education, and direct assistance to producers that have experienced increases in water costs of more than 50%.

I read the small print in his proposal, and I didn’t see anything about improving infrastructure. I recall one year, a water main break at UCLA sent 20 million gallons down the drain. And three separate pipes ruptured in separate parts of the city on the very next day.

At the time, the American Society of Civil Engineers estimated that California would need to spend $39 billion over the next 20 years to repair its dilapidated pipes.

Forgive me if I’m sounding a bit selfish. I know it’s not all about California.

Water waste is not a problem exclusive to the state. On average, a pipe leak the size of the tip of a pencil will waste approximately 970 gallons in 24 hours at even low water pressure.

At least a portion of  President Biden’s $1.2 billion infrastructure plan includes a chunk of money for upgrading clean drinking water and wastewater infrastructure.

It’s not all about the U.S. either. 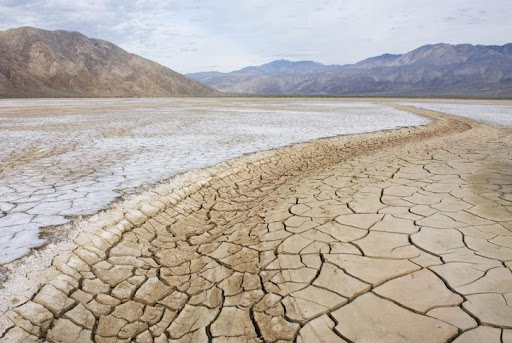 Except for Antarctica, every continent on Earth is experiencing serious drought. And the U.N. has warned that 130 more countries could face droughts by 2100.

In fact, two-thirds of the global population could face water shortages as soon as 2025, according to the World Wildlife Fund.

If you ask me, and many of the experts around the globe challenged with finding solutions, the long-lasting and permanent fix is right under our noses—the Atlantic, Pacific, Indian, and Arctic oceans.

The one I’m most familiar with, the Pacific, contains 187 quintillion gallons of glorious, salty water. We should just build a bunch of desalination plants up and down the coast and stick a giant straw into the surf.

What’s that? I sound even more delusional than when I suggested bribing Mother Nature?

The truth is 120 countries around the world have turned to desalination for their drinking water. Desalination (desal) involves removing salt and minerals from salty water, usually seawater. This process occurs naturally as the sun heats the ocean—fresh water evaporates off the surface and then falls as rain.

Saudi Arabia produces more fresh water through desal than any other nation. The United States also has a number of desal plants with the largest in the western hemisphere located in Carlsbad, CA. In fact, a new $1.4 billion desal plant in Huntington Beach, CA is on the verge of approval.

I hope investors approve of the opportunity this represents.

Nothing Dry About the Desal Market

Minnesota-based Ecolab (ECL) is another.  It owns Aquatech International, a Pennsylvania company that specializes in water purification technology but is the 10th-biggest desalination company in the world.  It’s part of Ecolab’s largest and most profitable Global Industrial division.

Finally, a favorite stock of mine for many years is $1.1 billion Energy Recovery Inc. (ERII). This small-cap innovator has almost single-handedly driven costs down for the process known as seawater reverse-osmosis (SWRO). 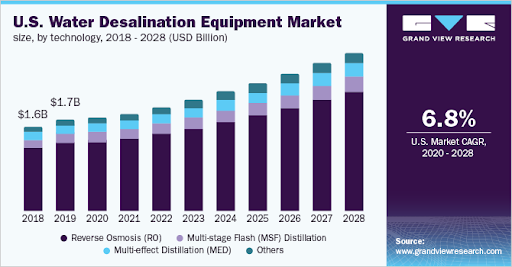 The bottom line is water, as a finite commodity, is and always will be in demand. It’s a necessity of life, and short of that bribe I referred to, countries around the globe yearn to find a long-lasting fix to the H2O shortage.

Chris WANTS you to know how algorithm-based volume analysis can spot big money moves in the options market, and what this DMI can do for you.

And, no worries. You don’t have to be a floor trader or work on Wall Street, you can execute the trades it generates from the comfort of your own home.

Click here to watch a replay of the webinar.

Here’s to ending the drought, and (Go Bills!)