Micro-Cap Monday - How to Profit From a Long, Cold Winter

UPDATE: There will be no "Micro-Cap Monday" on January 17, 2022. It's Martin Luther King, Jr. Day, a federal holiday, and both the stock market and True Market Insiders will be closed.

“Prepare for a season of shivers, with positively bone-chilling, below-average temperatures across most of the United States.”

Janice Stillman, the Almanac’s editor, said “This coming winter could well be one of the longest and coldest that we’ve seen in years.”

If you’re anything like me you’re thinking, “three cheers to central heating.”

On the other hand, with natural gas prices nearly double what they were this time last year, our heating bills likely could be higher.

On the third hand, as an investor, there’s a way to make those higher natural gas prices work to your advantage.

I know of one very mighty micro-cap stock that gained over 50% last year.

And as its company continues to push not only greater revenues but earnings, this stock could reasonably climb even higher this year.

More about that in a moment…

Here’s what happened in the market last week.

On Monday, as the 2022 market year was getting underway, the Federal Reserve was suggesting it would likely start hiking interest rates in two months.

In response, the markets were all down. 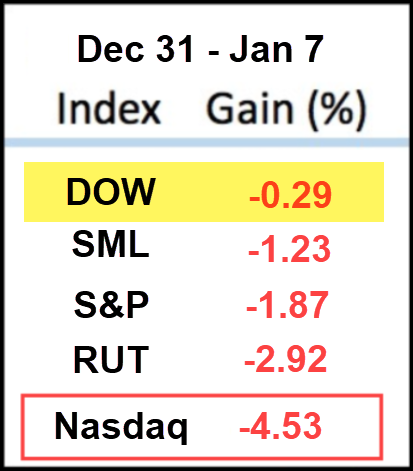 But, let's look at the ‘true market’ internal view by using one of our Sector Prophets Pro tools, the US Industry Bell Curve. The colored boxes represent market sectors.

The image above was generated after the close on Friday, January 7 and shows a majority of blue boxes, or sectors. Of the 45 sectors we monitor, this week the bulls control 35 of them, or 78%.

One group in the hands of the bulls is the Oil & Coal sector.

The sector’s Bullish Percent Index (BPI) chart is in a column of X’s which tells us the Demand is in control of this sector over the short term. 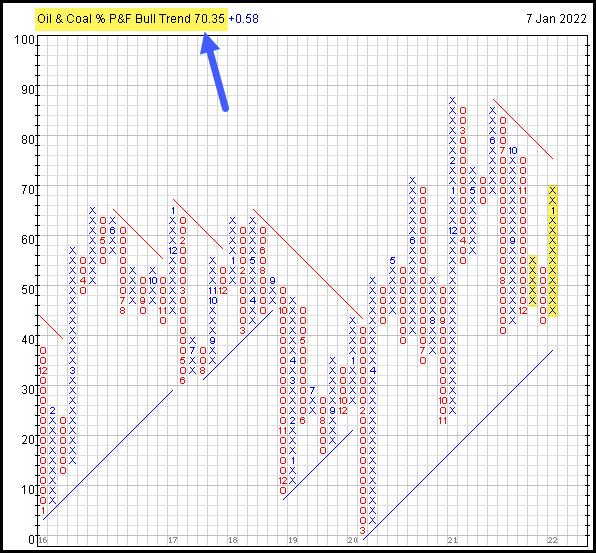 Also, that X-column has moved higher than the previous X-column, putting this BPI chart on a Buy signal. That tells us that Demand is also in control over the intermediate to longer term, and that more Oil & Coal stocks are participating in this current move higher than participated in the previous one.

Using another of our Sector Prophets Pro premium tools, the Sector Relative Strength Matrix, we can see that the Oil & Coal sector is ranked #1 of the 45 sectors we monitor.

That makes it stronger than all of the 44 other sectors.

One of the companies underlying the Oil & Coal sector is Houston, Texas based  Epsilon Energy, Ltd. (NasdaqGM: EPSN), with a market capitalization of $132.9 million.

The company focuses its natural gas and oil operations in two well-known natural gas producing regions in Oklahoma and especially in Pennsylvania.

Last year, as the global economy reopened post-COVID-19, Epsilon capitalized on the demand for energy and on the higher natural gas prices that followed.

In fact, once 2021 was well underway, Epsilon reported a 31% increase in its first quarter revenues in its year-over-year (YoY) quarter. Its earnings per share (EPS) jumped 999%.

In quarter two, the company’s revenues grew, but not at the rate of its first quarter, and its earnings were flat. That was due primarily to its developing two new wells to meet that heightened demand for natural gas.

And as Raleigh noted, with great executive understatement, that those prices resulted in “very attractive pricing for the 21/22 winter season.”

Although natural gas supplies in early 2022 are expected to increase, prices are still expected to be higher than in the last few years. And that’s an important point for investors to note.

Epsilon reports its full year (2021) earnings in March. As you can see in the graph below, Wall Street estimates Epsilon’s full year EPS to come in at $0.44, which would be up nearly 1,000% YoY. 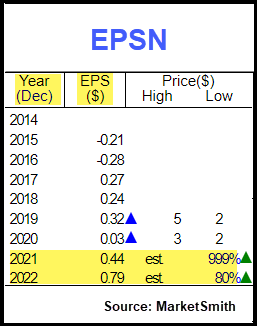 And Epsilon’s full year 2022 EPS are expected to rise as high as $0.79, so we could see a very positive response in the company’s stock.

Added to its stellar revenues and earnings growth, Epsilon also maintains a very healthy balance sheet. As of its latest report, the company held $20.6 million cash, and is totally debt-free.

Plus, Epsilon’s stock has drawn attention from the huge institutional funds. In fact, over the past four quarters, the funds have bought 78.98x more EPSN than they’ve sold. 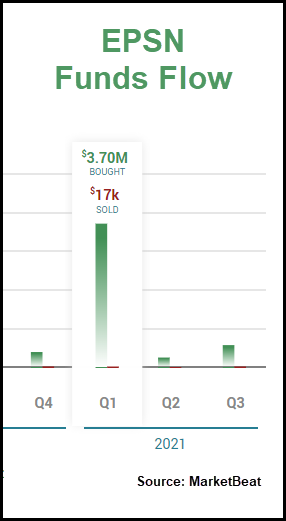 As well, EPSN gained five institutional funds from its first quarter through its fourth quarter, moving from 29 to 33 – another bullish trend. 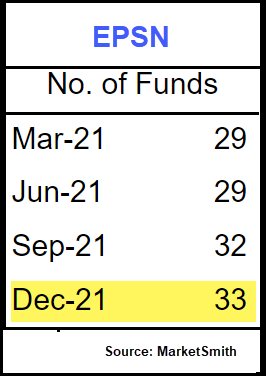 Over the past 12 months, the stock has been in an overall uptrend, climbing an impressive 51.34%.

Since that early October spike, EPSN has settled into fairly low volume trading until December 28, when notable buying pushed the stock back up 11.65% to trade as high as $5.75.

That day the volume spiked up about 616%, forming the “pole” of a developing flag formation (the blue arrow below).

Speaking of volume... I want to be 100% clear that EPSN is a very thinly-traded stock. It's a micro-cap after all, and that can be par for the course.

The good news is that a single-digit stock like this one can make marked upswings -- especially once the big funds pile in. The bad news is that it can be difficult to exit.

So please keep that in mind and keep your wits about you. 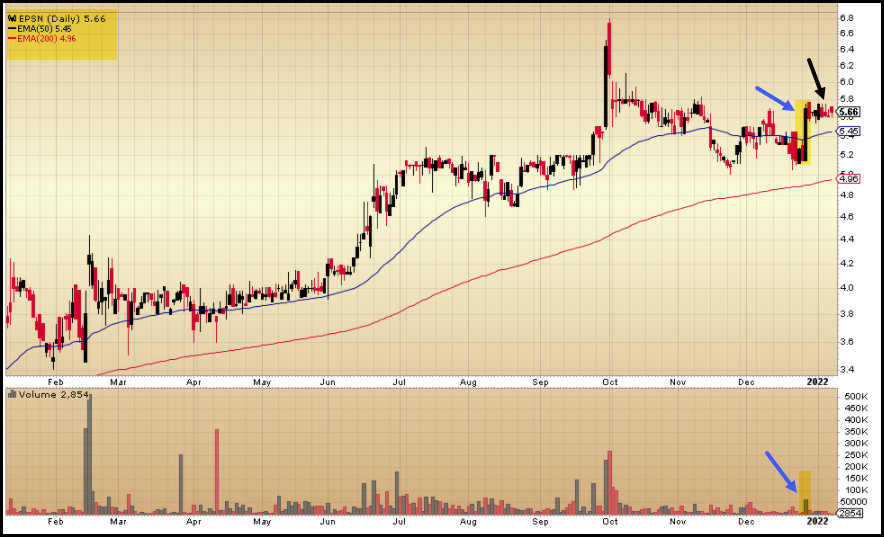 Since then, EPSN has begun to form an extended flag, as you can see by the black arrow above. That indicates that EPSN is forming a new base. And the wider the base, the greater the breakout is likely to be.

If EPSN were to break out and gain an amount only equal to its flagpole we’d see   a return of 11.65%.

Yet, using a Fibonacci retracement tool, we can see that if EPSN can reach its previous high near $6.80, that would be a return of 20%.

Is that likely to happen? Time will tell.

But remember, Epsilon is a natural gas producer that worked to increase its output in 2021. As the world faces spiking demand for natural gas, that’s fattening the company’s bottom line EPS.

Finally, it bears keeping in mind that in times of rising inflation, the broader Energy sector does very well.

As Schroders strategist Sean Markowicz said in a March 2021 report, "Such firms beat inflation 71% of the time and delivered an annual real return of 9.0% per year on average (compare that to January 2022 6.8% inflation rate).

"This is a fairly intuitive result. The revenues of energy stocks are naturally tied to energy prices, a key component of inflation indices. So by definition they will perform well when inflation rises."

All of these are tailwinds for this mighty micro-cap stock.

As always, thanks for reading, and have a great week!