Landlords Are Living High on the Hog

I’m not in the market to buy a house. I’ve owned a couple homes here in Southern California, so in that respect my American dream has already come true.

For many others, though, buying a home has become a nightmare as costs continue to skyrocket, and demand for houses far outstrips supply. That’s especially true for potential first-time buyers who may not have enough cash for a down payment or the income to qualify for a loan — despite record-low interest rates.

Home prices are up by double-digits. And Freddie Mac estimates that the US housing market is 3.8 million homes short of what's needed to meet the country's demand. That’s a 52% rise in the shortage dating back to 2018.

For people priced out of the market — one in which multiple offers over listing prices are commonplace — the only option is to rent. Or, should I say, it’s the only sane option. The alternative involves moving in with parents or family, a test of patience for both parties, and a short-term fix at best.

Potential buyers, hopeful that this seller’s market too shall pass, are placing tremendous demand on the rental community. As a result, the same negative factors associated with buying are spilling over into renting.

Jacked-up monthly prices, people willing to pay prices above those advertised, low inventory, multiple interested parties, and short stays on the market are all consequences of today’s hot housing industry. 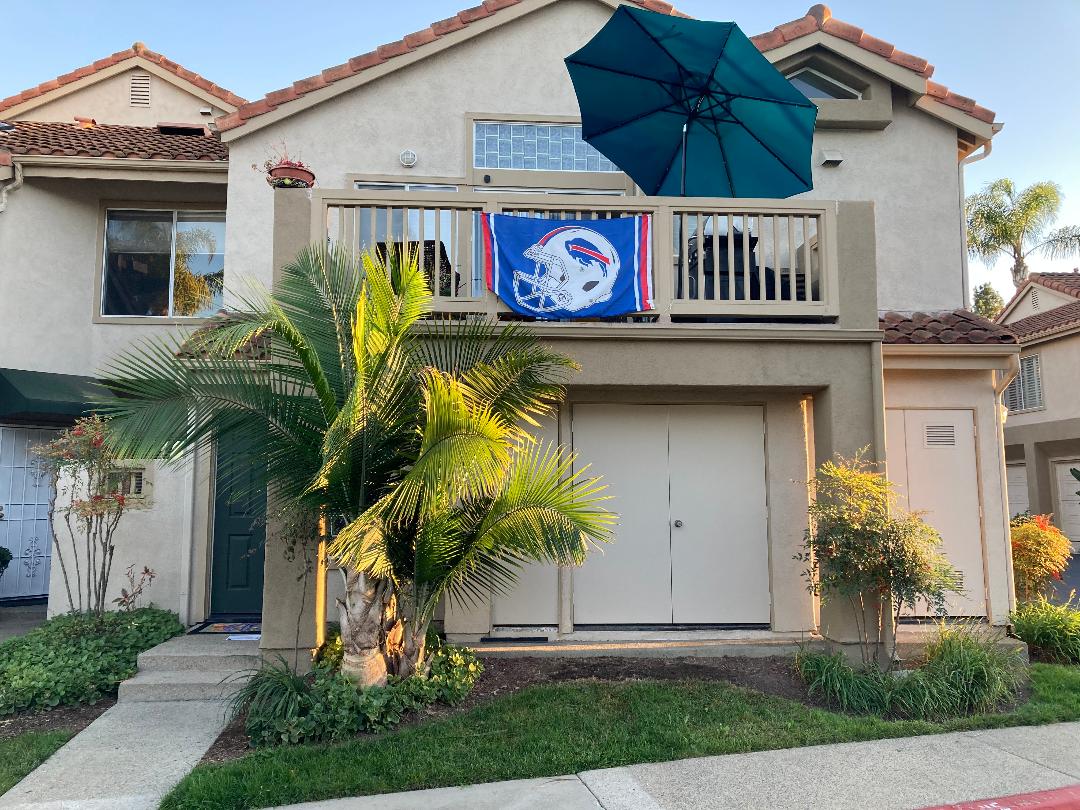 I moved into my two-bedroom, two-bath townhome about three months ago. The place actually lasted for more than a month on the market — a generous amount of time for anything decent today.

I spotted it on Zillow the day the owner advertised it, but I was on the fence about paying the advertised rent. Three days later, he raised the rent $300.

Can’t blame the guy. Inundated with calls at the original price,  he knew he could hike it a few hundred dollars without anyone batting an eye. I later found out that 120 prospective renters contacted him. I wasn’t one of them.

After striking out elsewhere, I finally called him to ask why the property had been on the market for so long when everything else took only days to rent. “To be honest, I’m really picky,” he admitted.

Talk about a “seller’s market!”

I knew that, in a climate like that one, if I wanted a roof over my head, I’d have to make myself stand out.

After writing a letter spelling out my financials, along with salient details of my life on Earth, and a picture of my dog, he bestowed upon me the opportunity to see his property.

We met, and an hour later, he handed an application to me — the only prospect  from out of 121 to get that far.

Because this is an investment property — one of two he owns in the area — I’m confident I can stay here for the longer haul.

Meanwhile, I continued to keep an eye on the rental market, and just a few months later, I’ve seen a significant boost in prices across the board, with slim pickings to boot.

The number of occupied U.S. rental-apartment units jumped by about half a million in the second quarter, the biggest annual increase going back to 1993, according to industry consultant RealPage Inc.

Demand in California has gone through the roof. However, it’s most pronounced in Sun Belt cities that have seen an influx of arrivals from the pandemic.

The Phoenix area had the country’s biggest increases in rents for single-family houses in June, with an almost 17% surge from a year earlier, according to Corelogic. Las Vegas followed with a 12.9% gain; Tucson, Arizona, at 12.5%; and Miami, up 12.4%.

According to analytics firm Green Street, rents for these units are expected to deliver annual returns in the next three years of 6.8%, compared to 6.1% for apartments.

It’s no wonder that landlords everywhere — private or corporate — are licking their collective chops. And I don’t foresee the rental market cooling anytime soon.

Like with so many things that seem out of whack in the economy, you can blame this one on the Fed.

The central bank, again, is showing little interest in boosting rates this year, which is keeping borrowing costs for mortgages at all-time lows.

And, as I said earlier, the supply of homes for sale isn’t likely to keep pace with demand anytime soon.

It’s no wonder that since the onset of the pandemic and the March 2020 market low, shares of real estate investment trusts (REITs) that specialize in these types of dwellings are skyrocketing.

We’re On the Cusp of a Great Investment

One of the biggest, youngest, and one of my favorites REITs is Invitation Homes (INVH).

But it’s not quite in my investment wheelhouse — just yet. But I thought you should hear about it now. 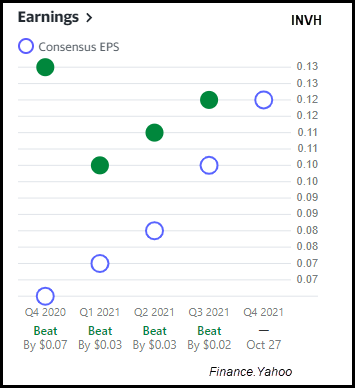 For me to give the thumbs up to INVH, I’d like to see the sector show greater relative strength. Right now the Real Estate sector is only ranked #20 (out of 45) on our Sector Relative Strength Matrix.

We might not have long to wait. The sector’s Bullish Percent Index (BPI) chart just flipped from a column of O’s into X’s — meaning that the bulls are in control over the short term. 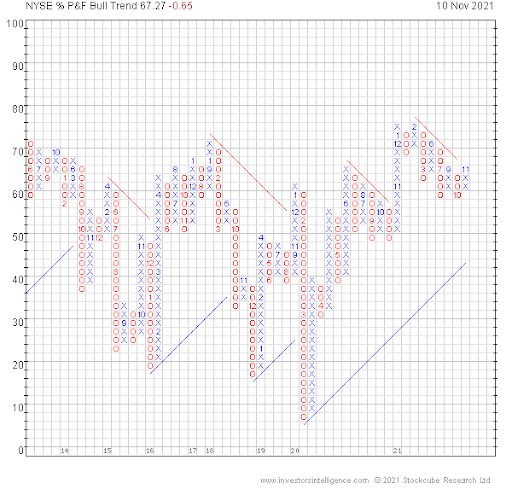 Be patient. This growing rental trend — both in terms of units and prices — isn’t going away anytime soon.

I’ll revisit this story (and INVH) when the sector's stars align.

Enjoy the Weekend and (Go Bills!)