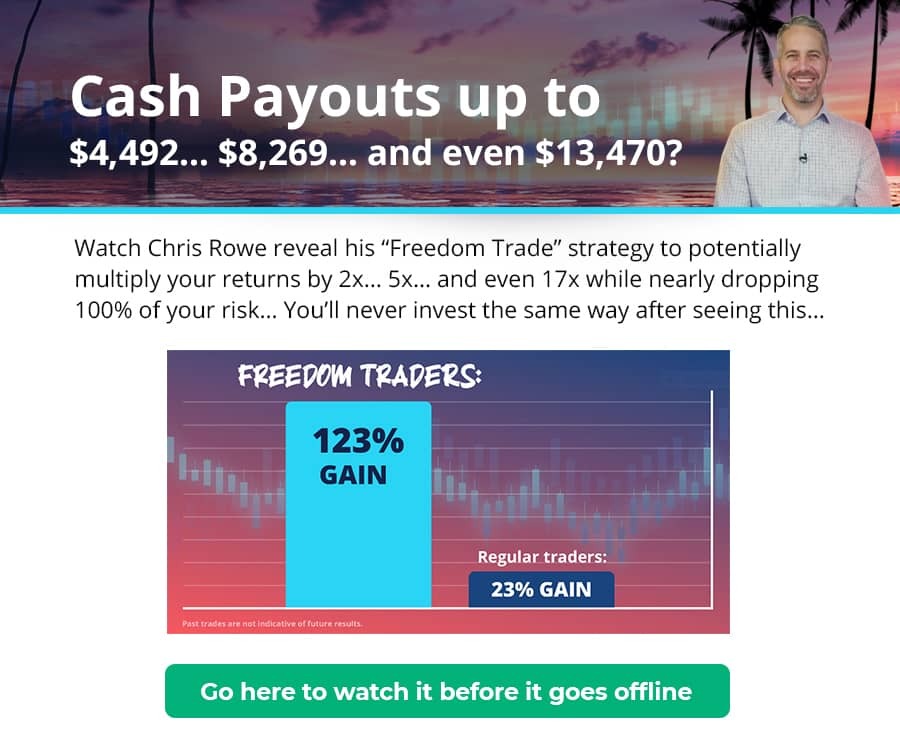 The last six weeks have certainly taken their toll on the everyday Main Street investor.

It's been no ordinary summer, and it’s no wonder that confidence and sentiment are hitting very low levels of pessimism lately.  Confidence about investing in the equity markets, in particular, has reached new lows.

To be sure, there are plenty of reasons to remain on the sidelines: The U.S. has lost its AAA credit rating...  Washington seems more divisive than ever during times when unity is desperately needed...  The recovery is losing momentum as jobs and housing remain stagnant (August net jobs created were ZERO)...  And the European Union, depending on the day, appears on the verge of implosion.

Couple all that with the insane volatility as the market gyrates on a daily basis with frequent moves of 3% and more, and it makes perfect sense why investors have been net sellers of equities and mutual funds and are looking for safety.

For some, volatility and market mayhem create great opportunities (and I’ve written about these in recent Tycoon Reports -- visit my archive).  But for many of you, it’s too much risk to bear, and you prefer a more conservative approach to protecting capital.

For you, here are three ways to protect your wealth while weathering the storm...

Cash is indeed a trade.  It has its disadvantages, but sitting in cash is the ultimate defensive investment.

Since the credit crisis of 2008, the Federal Reserve has taken nominal interest rates to virtually Zero, and they’re actually negative in real terms when taking inflation into account.  Also, based on the Fed’s forward outlook on adjustments to interest rate policy, they’re staying at Zero for years to come.

Before the crisis, back when we actually could earn interest on deposits, many of you perhaps have opened money market funds with brokerages and mutual fund companies.  They were great vehicles to park your excess cash.  They yielded higher returns than traditional banks, were very liquid and extremely safe, and you could write checks and withdraw money very easily through debit cards.

The main drawback to these types of accounts is that they are not FDIC insured, and there’s no guarantee that the net asset value (NAV) will remain fixed.  In fact, during the credit crisis, the government was forced to step in to protect the multi-trillion dollar market to prevent a massive run on the U.S. banking system in fear of the breaking of the $1 NAV.

The point here is that, today, these money market funds possess little of the value they once offered, as they now return little to Zero yields while exposing you to senseless risk.

The Federal Deposit Insurance Corporation (FDIC) has upped the insurance coverage to $250,000 per depositor, per insured bank.  Many traditional banks actually yield a small rate of return and offer limited check writing and the use of debit cards.  Using the money center banking institutions, whether it’s a major bank such as Citigroup or your local savings and loan, is the best place to store and protect your cash in today’s environment.

Care to take some risk -- with less volatility than equities -- while earning yield?

The U.S. government's balance sheet is in indeed a complete mess, as deficit spending has now ballooned total debt to nearly 100% of the size of the current U.S. annual economic output.  In fact, the President will be giving his State of the Stimulus address later this evening, most likely asking Congress for another spending package of roughly $300 billion to boost the economy.

While the U.S. fiscal situation remains a problem, U.S. corporations have never been stronger.  With earnings at record highs, coffers full of cash, and solid balance sheets, the corporate sector is on firm footing.  Even if the economy slips into a mild recession, they are well positioned to weather the storm.

U.S. Treasury yields are near historic lows.  As the epitome of a risk free asset, the 10 year yield is hovering around a stingy 2.00%.

And with its recent close of 113.57, it's yielding over 4.50% net of expenses, with monthly distributions paid to shareholders. How about one more idea for your cash?

Along similar lines to LQD, this is more of a global play as a way to invest your cash.  While the developed markets -- particularly the U.S. and Europe -- are loaded down with heavy debt burdens that need or have very low interest rates, many of the emerging markets are in quite a different place.

Many of these emerging markets have been raising interest rates for months, some very aggressively, to fight the sharp rise in inflation and prices that weigh heavily on their consumption.  Now, with the global economy slowing and demand easing, prices and inflation are beginning to show signs of receding.

With many emerging markets in a similar situation as Brazil, it could be very good for emerging bond funds in the near to intermediate term.

Consider the iShares Emerging Markets Bond Fund, which is also denominated in U.S. Dollars, Symbol: EMB.  This ETF bond fund is comprised of a variety of emerging market sovereign debt, of which 16% of the exposure is comprised of Brazilian and Russian debt.  Being denominated in U.S. Dollars instead of local currency is a plus if they indeed continue to reduce interest rates further.

At a recent close of 111.25, it's yielding close to 5.0% net of expenses, with monthly distributions paid to shareholders.

While this option may be a little more volatile than the U.S. corporate bond fund, there is a greater upside potential for price appreciation in this idea, as emerging market interest rates have a higher probability of heading lower, and with a greater magnitude, than U.S. corporate rates. Whether you’re an active investor who craves the volatility and action of the stock market, or you’re in need of safety and preservation of capital, there’s always plenty of opportunity to park your cash in the right place.