This is a popular question… and unfortunately, a dangerous one...

The mainstream financial media keeps investors from thinking about what’s important, which leads to expensive mistakes.

So, Do Interest Rates Really Matter?

But “higher interest rates means lower stock prices” makes for a great 1 - 3 minute segment on CNBC. It certainly helps media companies generate advertising revenue.  Good for them.  But it’s a generalization that dulls your intellectual blade.

The question “Will interest rates crush your stock account?” is also a horrible starting point for making investment decisions because it assumes you know which direction interest rates are going.

If you “know the answer” to that, then just trade the ETFs (exchange traded funds) with price changes that are directly tied to interest rate changes, like:

What’s Hot and What’s Not?

Successful investors don’t think much about general market averages. That’s like trying to decide if living in the United States is good or bad. Don’t you want to know what neighborhood you’ll live in?

Don’t start with why they think something should happen in the future.

They start at the opposite end of the thought process: What groups are seeing huge demand right now (who cares why), and invest in those groups. The “why” is always a matter of opinion and makes for a fun discussion at a cocktail party.

And if you’re among other successful investors, prepare for a debate, but don’t lose sight of what matters (the what) and what doesn’t matter (the why).

If you’re concerned with the story of “WHY” prices are going up, the answer is always “It’s because the buyers are more aggressive than the sellers.”

The rest is just a narrative the media has agreed on as to why buyers and sellers behave how they behave.

If you have bullish positions (stocks or ETFs that you own), it’s best they be in the strongest sectors. We can see that the “Finance” sector, the “Banking” sector and the “Savings and Loan” sectors are strong (especially the last two sectors).

The Sector Bell Curve tool, above, shows that only 13 of 41 sectors have demand in control (large investors are overwhelming sellers by buying enough stock that they’re pushing prices significantly higher).

Three of those sectors are “Financials.”

Sure, the stock market is in decline and can certainly decline more. We could see a sharp correction (continued). But the underpinnings in the long-term suggest a very bullish global financial market. In other words, if the market sees a sharp price decline, there’s a very high probability that it will snap back up pretty quickly.

What will happen to interest rates, in the meantime?

Who knows?  Who cares?

Stocks are very weak right now but if you’re going to be in stocks, the Finance, Banks, and Savings and Loans are three strong sectors to be in.

Sure, it’s probably because of the spike in interest rates. But as soon as we start thinking about that (the “why”), it leads to asking a bunch of distracting questions like, “Then what happens when interest rates reverse back down again?”

Just focus on the supply and demand of the sectors and which sectors are showing the most relative strength.

Trust me. Those folks who manage so much money that they can actually move the stock market, want to keep their reason “why” a secret for as long as possible. 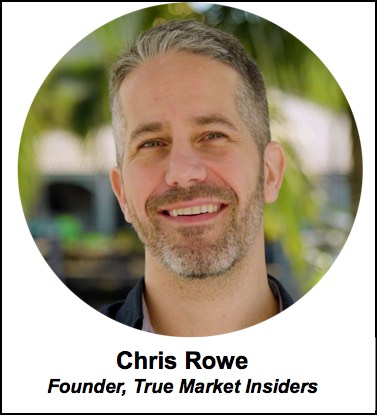