Big Bill at your service.

Thanks for stopping by and I hope you're having an excellent day so far.

Now, I happen to be many things.

And I am of course almost insultingly good-looking. 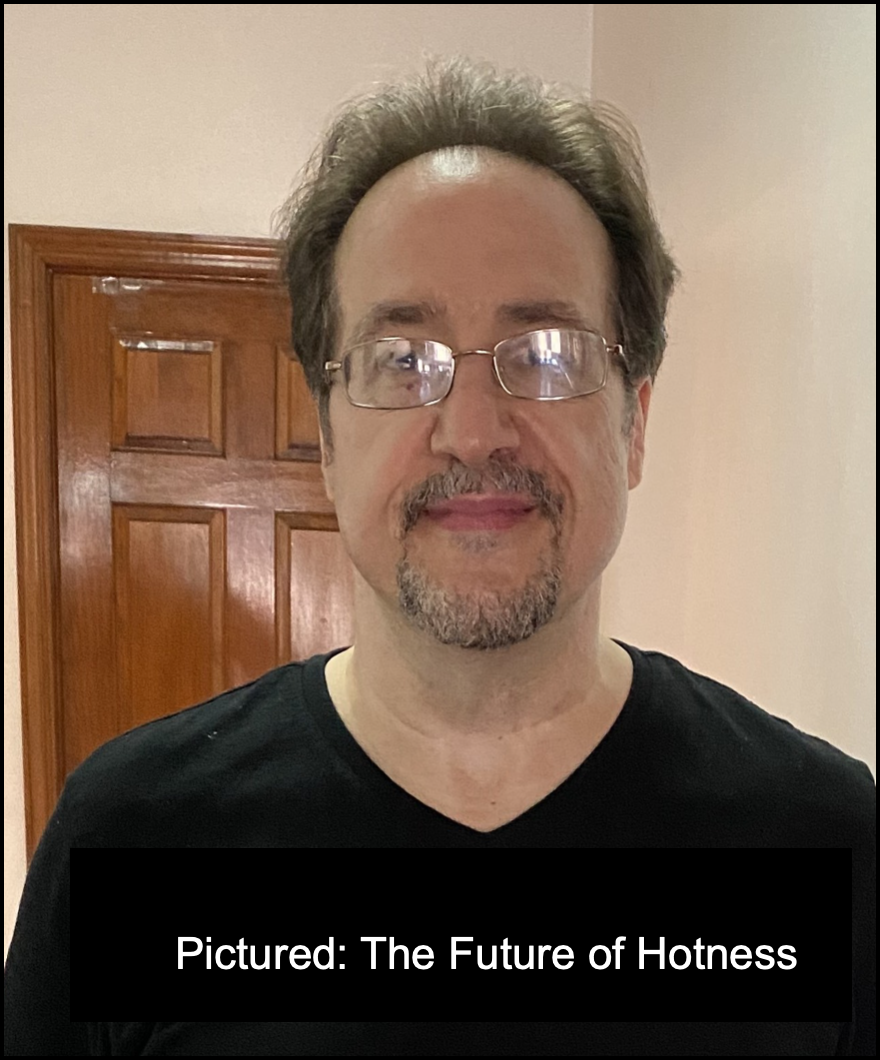 But one thing I am not is any sort of trailblazer or "early adopter."

I've never been the first to try anything. Not the cell phone. Not the "Kindle" digital e-reader. Not Bluetooth and not Red Bull...

And I'm probably the last person I know to have "cut the cord," jettisoning cable and broadcast TV in favor of streaming movies and TV shows.

But I did cut the cord, finally.

It's also feeding a growing addiction to "podcasts" and other radio content.

I mention all that by way of introducing today's Micro-Cap Monday stock.

It's a tiny media and entertainment company content portfolio includes sports, news, talk, and entertainment programming from various brands, including the NFL, the NCAA, the Masters, CNN, the AP, the Academy of Country Music Awards, and other partners.

We'll have more to say about this stock in a second, after we bring ourselves up to speed with the market's most recent goings on. 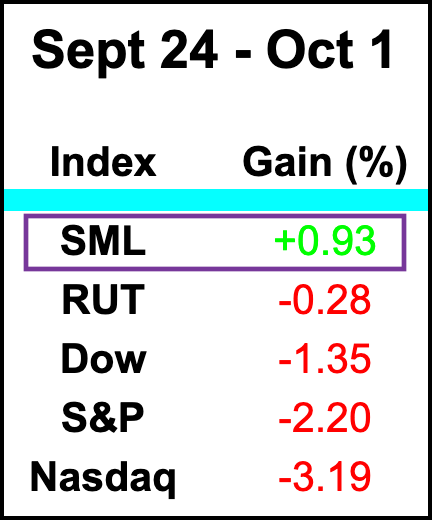 When we look deeper into the market, at the "internals" or "sector breadth" we find the same distribution of bullish and bearish sectors.

As of Friday's close, the bulls (aka Demand) controlled 14 of the 45 sectors we monitor, or 31%. (Those sectors are colored blue in the image above.)

That's the same number they controlled at the close of trading the previous Friday, September 24.

This Sector Is Strong

One of the sectors showing strength is Media, which right now is ranked #4. You can see this on the Sector Relative Strength Matrix, one of the institutional-quality tools enjoyed by readers of Sector Prophets Pro, our premium data and sector research platform. 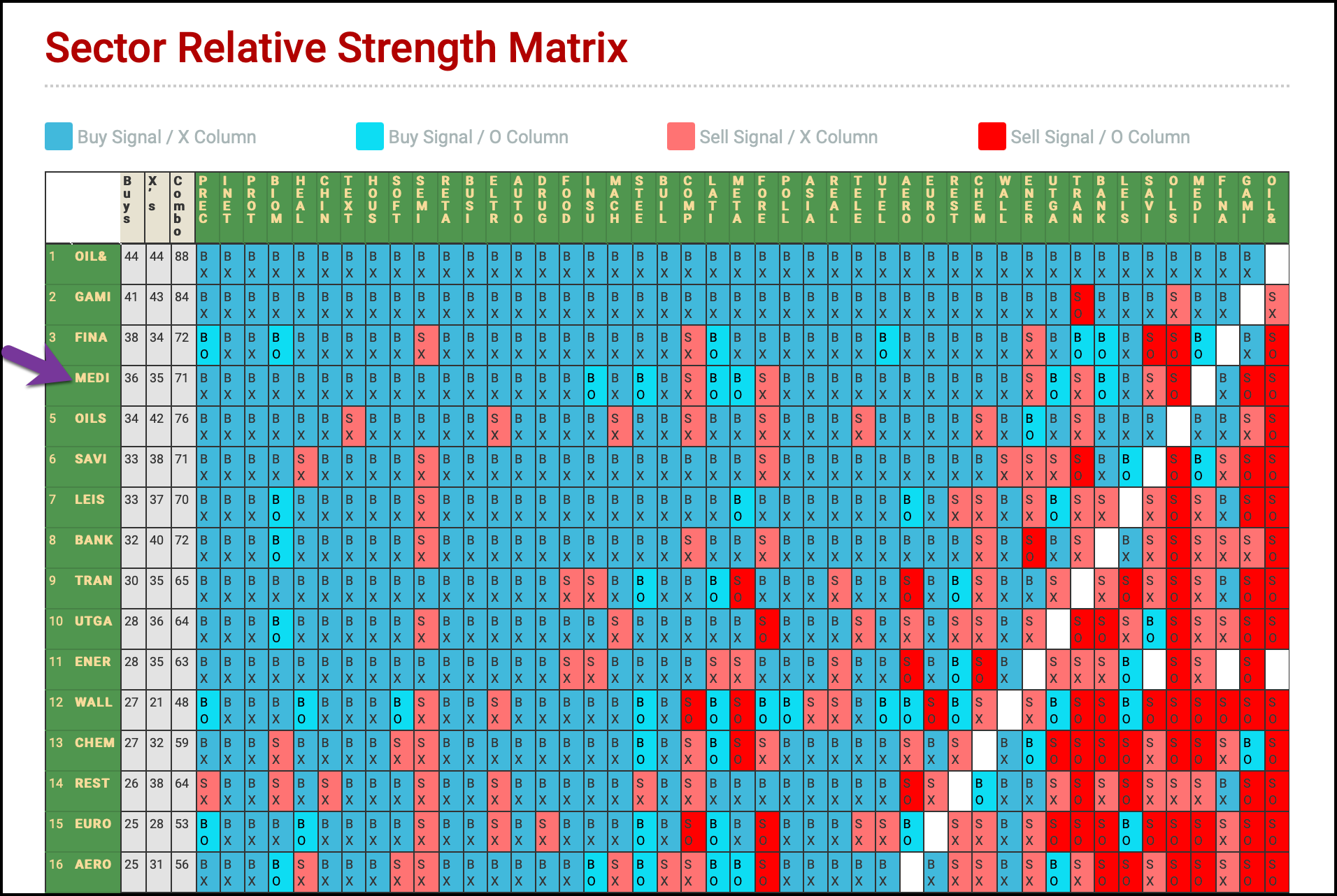 The sector's Bullish Percent Index (BPI) chart is in a column of X's, meaning that Demand is in control over the short term. 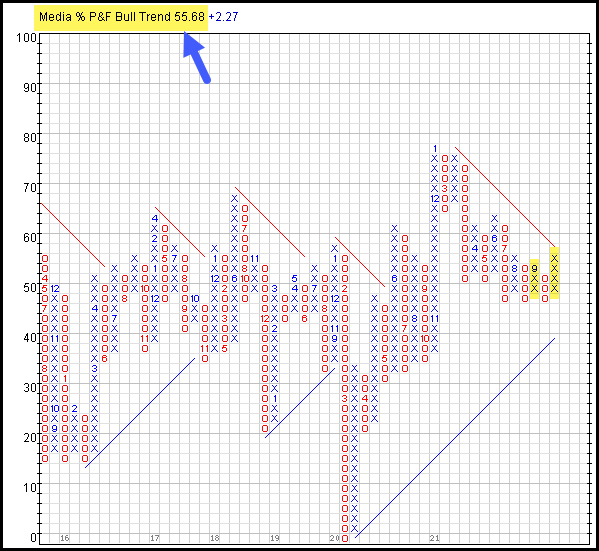 The chart also just went on a point-and-figure Buy signal. If you look at the highlighted X-column in the image above, you'll see it's gotten above the previous column of X's.

This tells us that more stocks are participating in the current move higher than participated in the previous one.

And it's in this strong sector where we'll find...

The company delivers premium content to over a quarter billion people every month—wherever and whenever they want it.

It does that by owning and operating some 415 stations in 86 markets, as well as 7,300 affiliate stations through the Westwood One audio network.

After bottoming out with the rest of the COVID-battered market in the spring of 2020, CMLS spent a year on a long-term upward trend.

Cumulus is led by CEO Mary Berner who is working to keep her company headed higher. Berner has bolstered the firm's balance sheet (retiring a lot of debt, building cash for potential acquisitions or possibly distribution to shareholders).

As she said in a recent interview, she's moving Cumulus from a "one-dimensional radio first to a multidimensional media company." The company has added digital and streaming to their operations.

The company also launched the Dan Bongino Show. This podcast, hosted by ex-Secret Service member Bongino, is taking over where Rush Limbaugh left off and growing wildly. It launched on May 24th to more than 300 radio stations -- the largest launch of its kind ever -- on Cumulus's Westwood One. 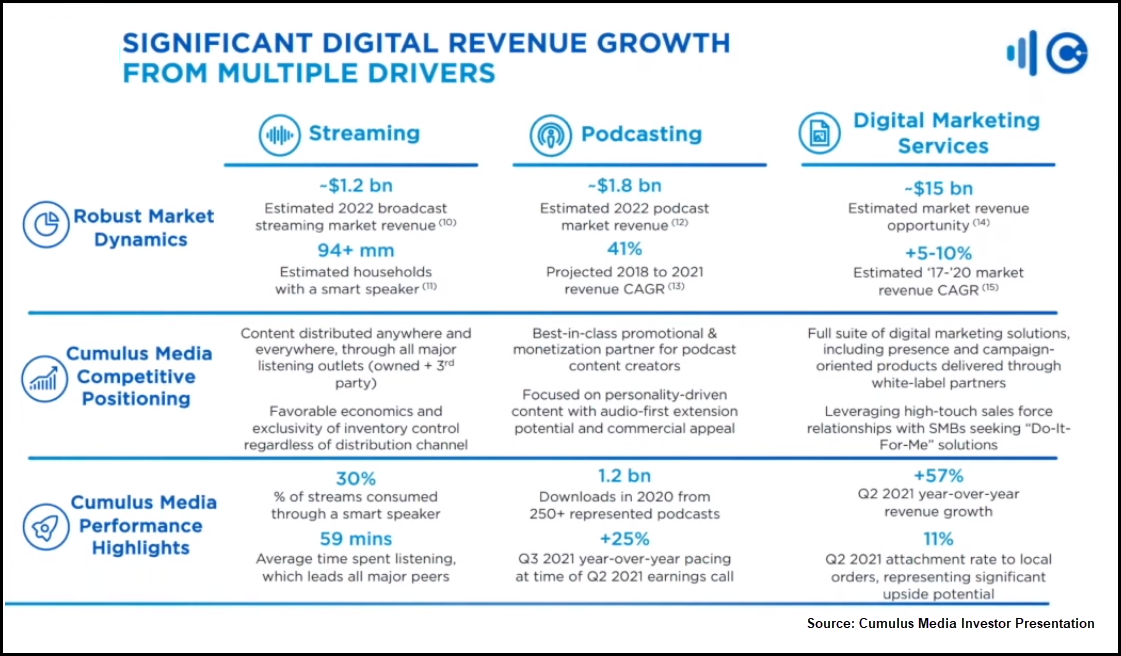 The company has beaten earnings estimates three out of the past four quarters. And while it disappointed in its most recent report on August 4, it did exceed revenue estimates. In fact, total digital revenue grew 55% year-over-year. 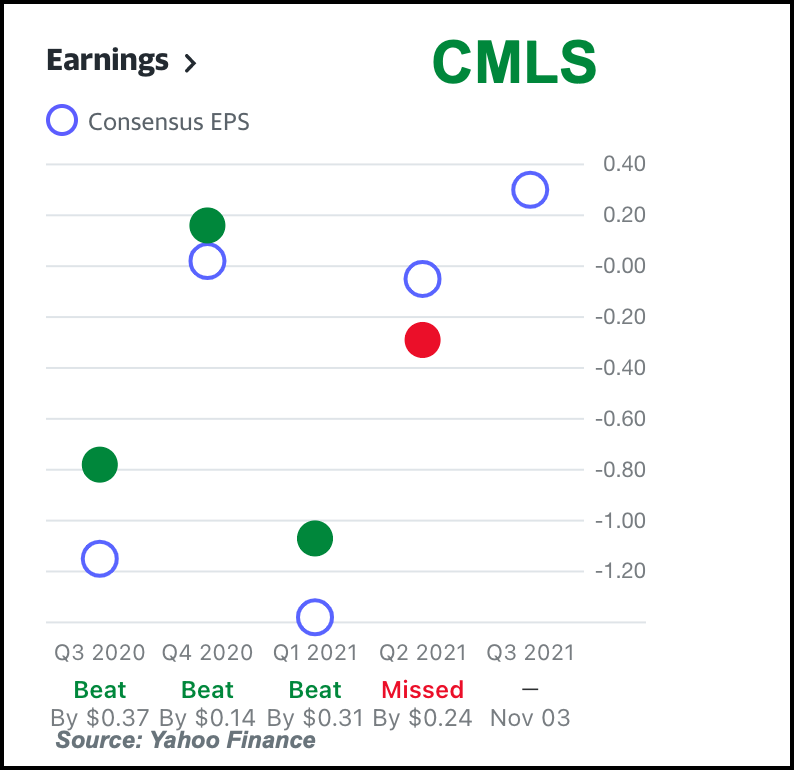 CEO Berner Told investors "This quarter’s results clearly reflect the success we are having in accelerating our positive revenue trajectory. In addition to the continued improvement in the core radio business ... each of our digital channels [posted] new all-time highs."

"We also significantly deepened our position in the fast-growing sports betting space with an innovative and expansive multi-year, multi-platform marketing and content partnership with WynnBET, which is poised to become one of our largest clients through this new relationship.”

This Stock Has Friends In High Places

The giant hedge funds have begun to take notice. During the company's first operating quarter of 2021, the big funds sold more of CMLS than they purchased.

That trend has since reversed. Over the second quarter the institutions purchased $11 million of CMLS while selling just $3.30 million -- a healthy buy-to-sell multiple of 3.3x. 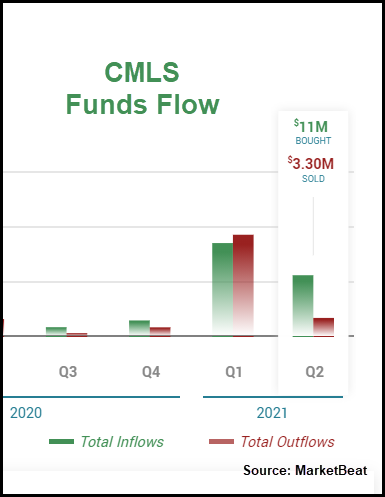 In the 1-year price chart below, I've highlighted two important Fibonacci levels. The lower one is at $14.87, which represents a 100% retracement from the recent June 29 high.

If CMLS hits that level we'll see a gain of about 14%. Not too shabby.

Now, as a rule I try to tune out (to a degree) opinions and punditry from the mainstream media. I prefer to think for myself, and I encourage you to do the same.

My view is just one view. And for that reason I do at least take notice when enough other voices are singing a different tune. In this case my analysis could prove to have been conservative.

As always, time will tell.

Before I go I want to issue an important caveat. Right now CMLS is overbought. Its RSI reading stands at 71.66 (above 70 is considered overbought).

Of course, "overbought doesn't mean over." But you might want to hold off and see if the stock pulls back to, say, the 23.6% Fibo level, thus releasing some of the upward pressure on the stock.

If and when it resumes its upward momentum, you'll be getting in at an attractive price.