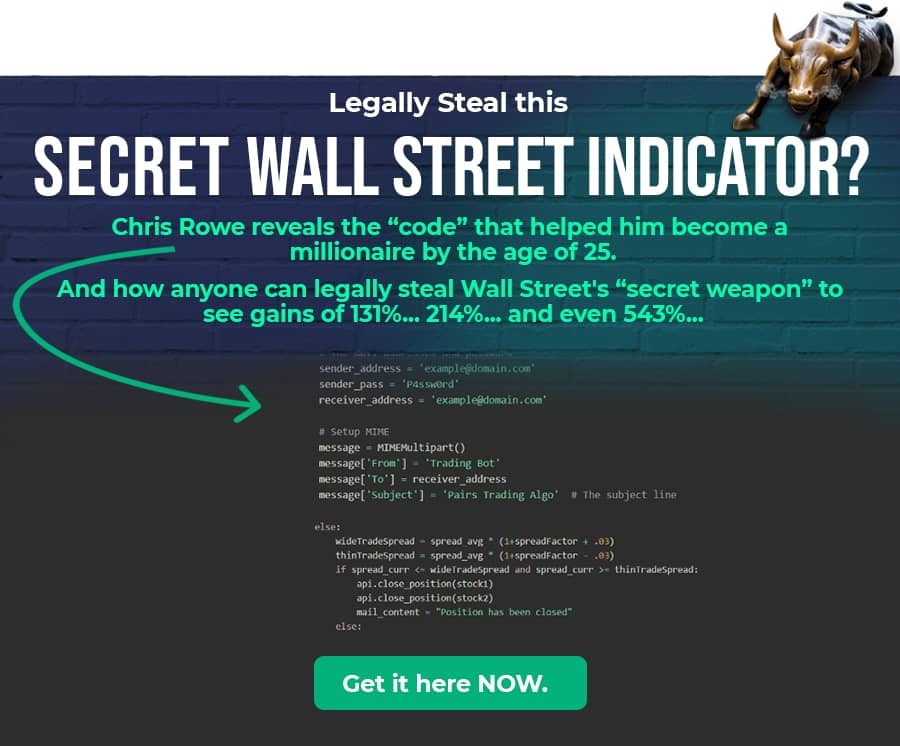 At the market's current levels, we're clearly overbought -- no matter which way you slice it.  Of course, we can stay overbought for a very long time, and being overbought isn't enough to bet against the trend.

In fact, at times when the market condition is internally and externally "overbought," is often when we see the market's largest advance.

But when we saw the sell signals in the market that came after being very overbought, most of us took action that we know has made us money a large majority of the time!

Let's Look at the Bigger Picture

First, the external markets -- like the S&P 500, Nasdaq Composite, Russell 2000 and the NYSE Composite, that you see below -- showed us negative divergences (blue diagonal lines) in the two most-popular momentum indicators: the Relative Strength Index (RSI) and the Moving Average Convergence/Divergence (MACD).

You can see below that the market made higher highs three times -- highs that were met by lower highs in the two indicators.

That's typically a precursor to a bearish reversal of an uptrend.

You can see, for example, how the negative divergence from May to June (purple lines) was a precursor for that uptrend being broken, before creating a brand-new uptrend line.

Then we saw the major uptrend line was violated (red circle).  This alone is enough to make most traders very bearish because that means, at a place where major institutions had been buying, they stopped buying!

It also means that computer systems that are programmed to automatically buy equities when the uptrend line is hit, were then programmed to NOT buy at those levels.

While that happened, we saw a 12% downside change in the NYSE Bullish Percent Index (BPI) chart, meaning 12% of stocks on the NYSE moved from buy signals to sell signals.

This means they broke support levels that were key to the stocks' health, and institutions that were buyers at those levels became sellers at those same key levels.

The NYSE BPI, flipping to a column of Os (which only requires a net 6% change in the percentage of stocks moving from buy signals to sell signals), is all that some traders need to see to know supply has taken control of the market.

This means that institutions made the decision that it's time to be in a bear market again and sell as much as they can before the stocks break the next key price point.  Basically, institutions start distributing their stock to any traders who are lured into a bear-market rally.

We've seen many many sell signals or bearish signals of some sort, so many traders -- including me -- took a bearish stance. That bearish stance is definitely being challenged, so I'm faced with the decision of what I'm gonna do about it.  The worst thing you can do in a situation like this is "nothing."

Well, we have to respect the move higher, and start reducing bearish exposure.  Remember, I can always get back into the bearish stance I had a couple of weeks ago.  But while I have to respect the bullish move, it's best not to act too aggressively.

If you take a look at the chart above, you will see that this recent rally has happened on very low volume.  In fact, the higher we go, the lower the trading volume is.  And, as they say: "Volume equals validity."

If there is low volume behind a move up, it means there wasn't a lot of buying pressure forcing prices higher.  This kind of action implies that sellers who were there, leaning on the market, just moved out of the way and let prices rise.

This typically happens because sellers, of course, want to sell at higher prices, so they stop selling for a short time (to allow for an advance in prices) and then sell into the next rally.

An upside move on consistently declining volume, happening while the internal indicators remain weak, points to a market where larger-cap stocks are advancing because those holding stocks in the largest companies decided to stop selling (and not so much because of heavy demand for those stocks).

One major premise that the smartest traders on Wall Street operate under is that the internal market (breadth) tends to lead the external market.  That is, typically the larger group of stocks (of smaller companies that have minimal influence on the major averages) head south first.  The major indices don't reflect that and continue to advance, even though most stocks are falling.

Then, the larger hand full of stocks that carry the most weight in the major indices decline.  So, most stocks have been weak even though it may not seem that way.

My point is: It's smart to just pick out the positions that seem to be working against you, or look poised to reverse against you.

The NYSE BPI's most recent column change shows a huge number of stocks moved to sell signals. And although the major internal indicators did advance with Monday's action (indicating broad-based buying) we didn't see a huge advance in the the NYSE BPI (which only moved up 1.22 to 71.91).

If the NYSE BPI doesn't convince you of what I've been arguing -- that it's been the heavier-weighted, larger companies pushing the market higher -- check out the difference between the first chart (S&P 500) which represents the large-cap universe, and the second chart (Russell 2000) which represents small-cap stocks. You can see above that the small-cap universe put in much lower lows and still has a little way to go before breaking highs like the large-caps have already done.

This is one chart you want to pay close attention to when navigating through the market.

If you look at the chart again a little differently, you'll wonder if the smaller stocks -- which tend to lead the market -- are about to run into resistance.

Once a major uptrend line is violated, like you can see, below, in the same exact chart with an uptrend line drawn, that the uptrend line then tends to act as resistance. This is the same sort of thing that happened to the S&P 500 before it was, in fact, able to snap back above that trendline.

I'm not saying that this can't be one of the less-likely cases where the big stocks lead the smaller ones.  Anything can happen.

You should note, however one last important thing:  Once the trendline breaks, that's it.  It's BROKEN.

Just because the market moves back above it, doesn't mean it's somehow reinstated.

It's a warning to all of you moving to the bull side.

Whatever happens, we have to be prepared to adjust our positions when the market shows us what to do next.  If the internals show us demand is back in control, we have to handle the rest of the bearish positions.

But until that happens, we will reduce exposure by exiting some positions and hedging others.