What You Need to Know About Rising Interest Rates 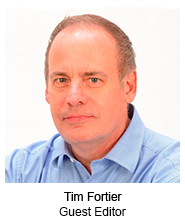 Last week I promised to kick off the new year by providing you a framework that'll help make you a better investor.

That's coming next week, I promise.

However, right now there's some market activity I feel justifies your attention.

Have you seen what's going on with those interest rates?

Since bottoming out in August, the 10-year U.S. Treasury rate has been steadily climbing.  From a low of around one-half of one percent, rates have now doubled and are over 1%.

On Tuesday, Treasury yields moved off highs after the auction of $38 billion in 10-year notes at a yield of 1.164%.

There is growing concern that the Fed -- thanks to the COVID vaccine and reflationary optimism -- could begin tapering QE purchases sooner than expected.

Why is this so important?  After all, we're far from "the good ol' days" when you could get a bank CD for 4%.

Well, in the world of finance, everything is connected in one way or another.

Consider that about 26% of the world's investment-grade debt is now with a negative yield.  With UST rates rising, that debt becomes more attractive to investors, thus attracting a flow of capital.

For example, the ten-year sovereign debt spreads between the US and UK has doubled (in favor of the US) from 40 bps to 80 bps. Usually, a doubling brings flow out of UK into the US.

This flow of funds creates a demand for dollars.  As a result, the US Dollar is also starting to bounce. 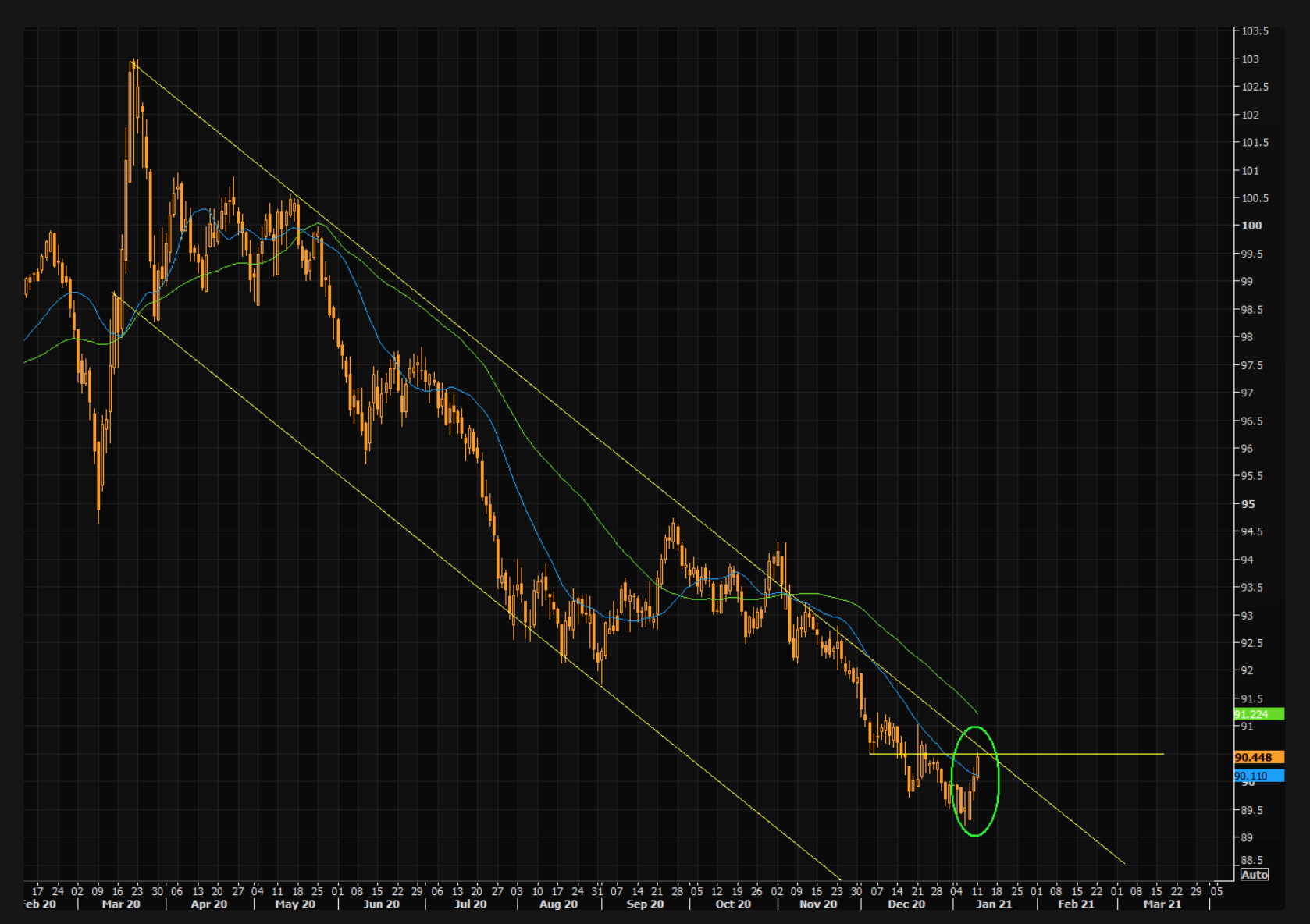 For now, the USD is stuck in this bearish trend and is pressing against resistance.

Should the USD continue to rally, there may be consequences you should be aware of.

Emerging markets and commodities are two beneficiaries of a weak USD.

The following graph shows the performance of the USD (the purple line), a basket of commodities (the blue line), and emerging markets (the orange line) since the USD peaked last March. 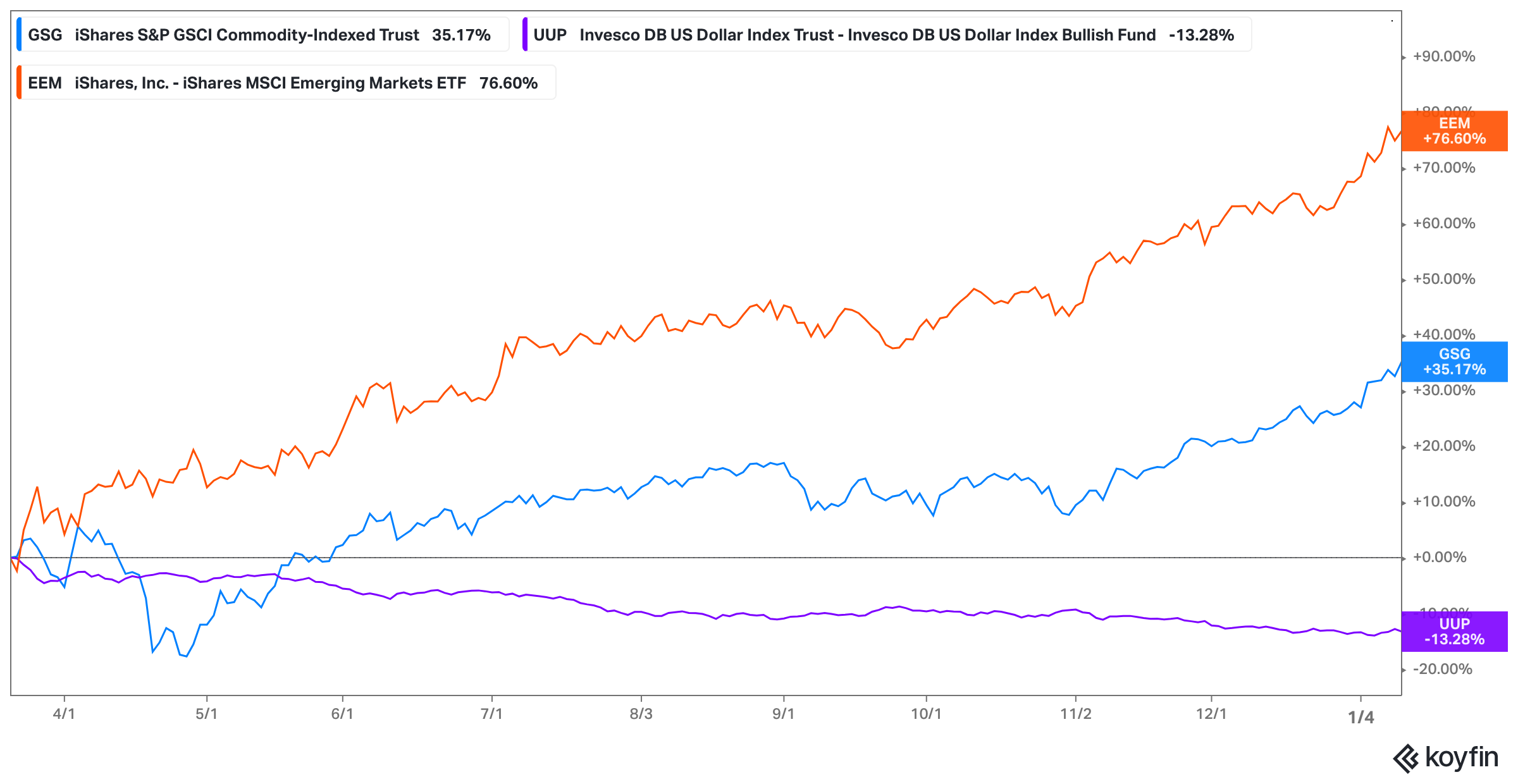 A reversal in the USD could put these trends in jeopardy.  This has the potential to be a real problem for "risk-on" assets.

Rising interest rates have other implications too.

First, the price of gold has been falling as interest rates have been increasing.  Gold pays no return.  In fact, physical gold costs money to store.

For that reason, the yellow metal benefits when rates are extremely low or negative.  However, when interest rates rise, gold begins to look less attractive. 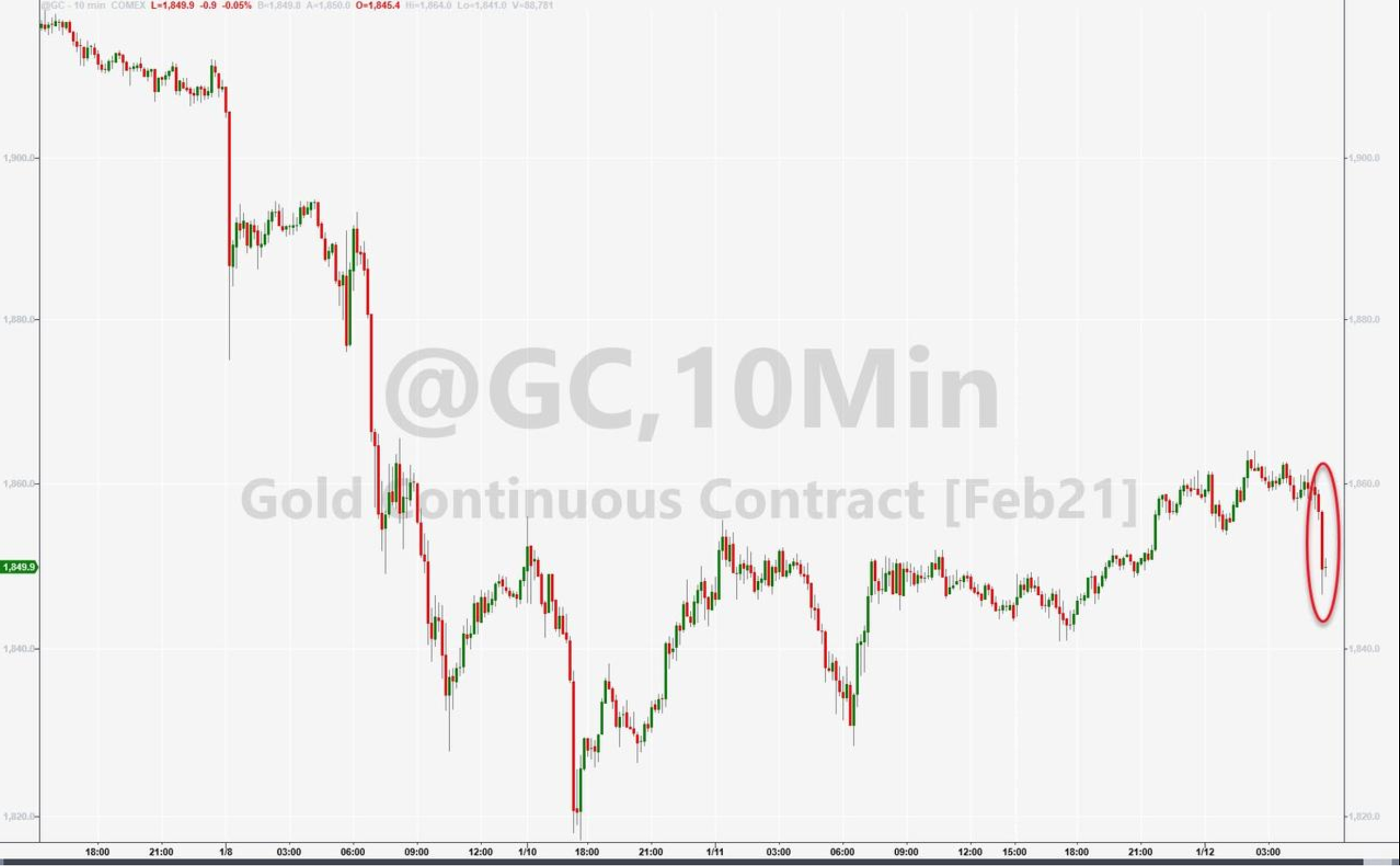 When the earnings yield minus the 10 year UST yield has reached 2.5%, tech stocks have tumbled.

We are there now. 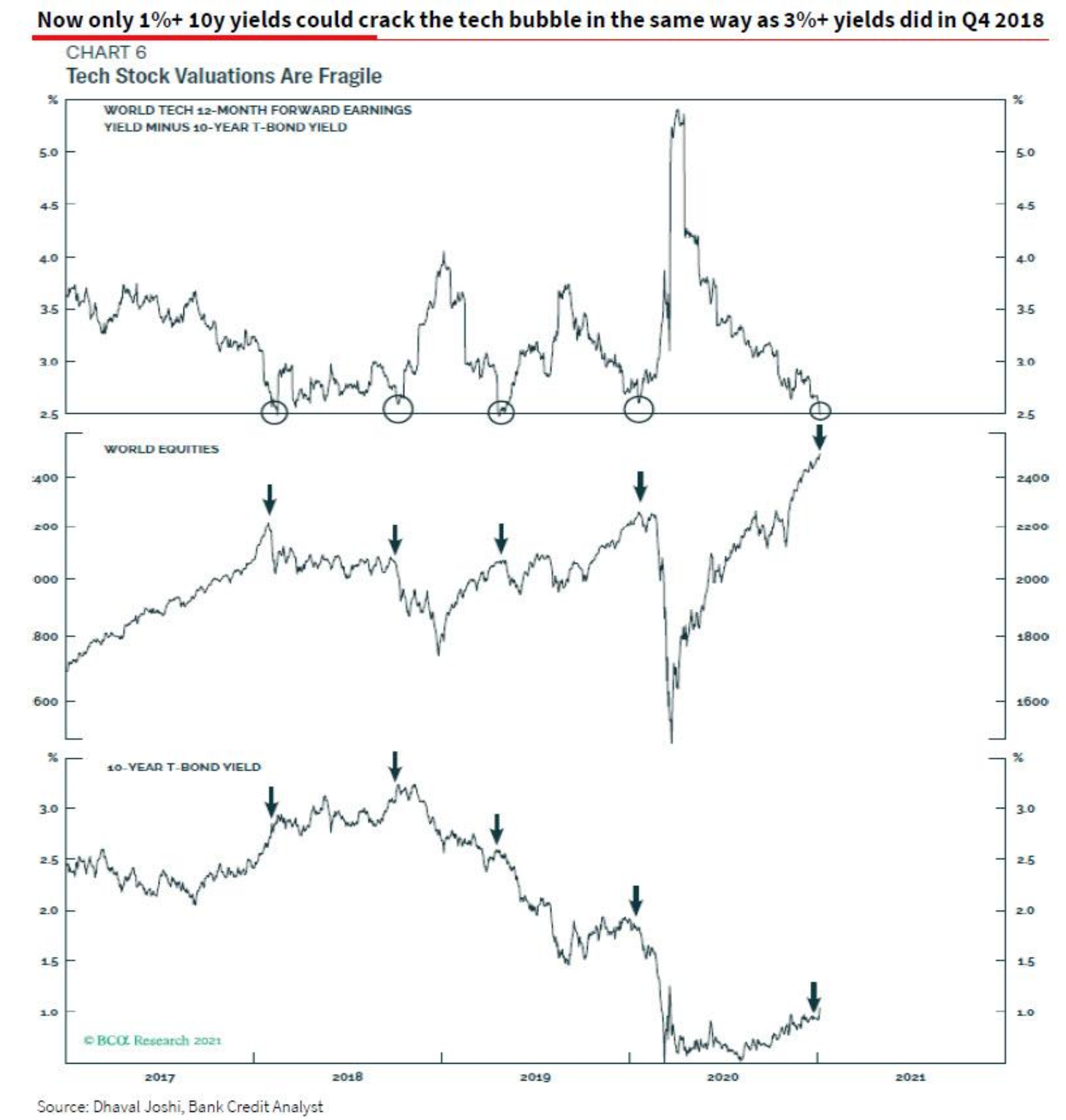 The challenge for the Fed is how to manage the massive need for future bond issuance without upsetting the growth stock apple cart.

For now, the Fed is pulling off this balancing act by having the Fed buying its own debt. The Fed has added $2.4 trillion in US debt to its own balance sheet since March.  It now owns a record 16.5% worth.

For instance, when we look at the US Industry Bell Curve (one of the custom indicators that comes bundled with our premium data program, Sector Prophets Pro) we can spot two sectors being influenced in opposite ways.

On the left, we can see the languishing Utility Gas sector (red arrow).  In general, utilities are considered to be "interest sensitive".

Banks (the green arrow), on the other hand, are finally enjoying a steepening yield curve which benefits them, since they borrow at short-term rates and lend and long-term rates.

Banks have turned up the performance since interest rates have started to rise. 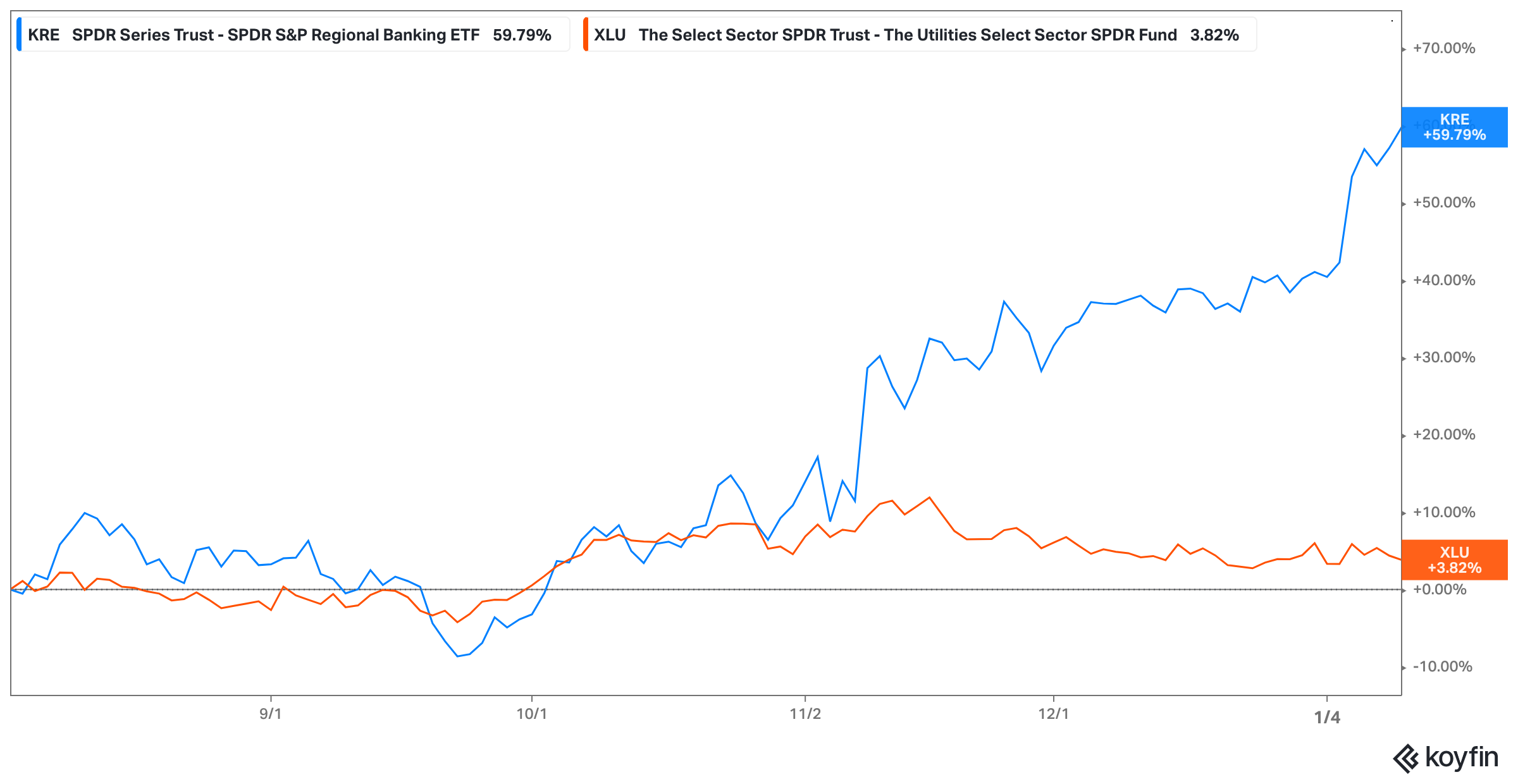 A major advantage of a tool like Sector Prophets Pro is that it allows you to sort the market very quickly.

Not only does it make it easy to spot what is working, it lets you avoiding what is not.

A quick glance at the bottom of the Sector Matrix shows that Utilities and Precious Metals are the worst-performing sectors to own currently.

For my money, I am watching these trends closely and I suggest you do too.

And let me repeat my earlier promise.  I am going to start sending you a framework better investing.

Thanks for reading, and I'll see you soon!