When Cash is Not Trash - Navigating a Contentious Election

So here we are the day after the election, without a known winner. 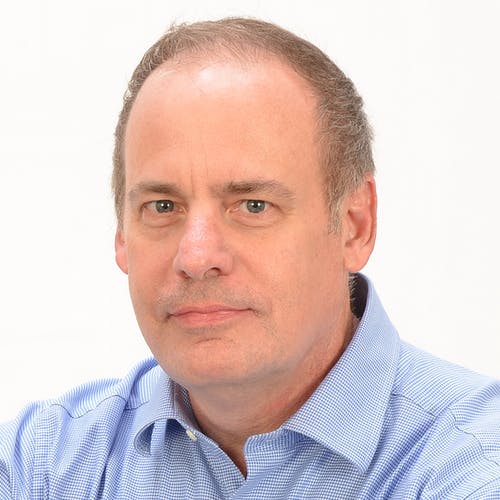 But we knew this would happen ahead of time.

We knew  that there is a high likelihood of a contentious outcome.

The Covid pandemic has prompted more than 100 million Americans to vote early.

With so many “mail-in” ballots, we're highly unlikely to see a “concession” from either candidate. And this could be true for up to 10 days, as ballot counting concludes and votes are certified.

(Then comes the “electoral college” which is another issue entirely.)

Republicans appear to have control of the Senate. But the GOP is unlikely to win back the House. So even if President Trump wins a second term, we’ll likely have a split Congress.

So financially, things probably don't change all that much.

And we can expect the Fed to continue using the only playbook it has –- pile debt on top of debt.

With that as the backdrop, and with our “true market” telling us that sellers control most sectors of the market...

A prudent investor may want to have less exposure to this market, and instead lay in a “stash of cash” for futures opportunities.

In my 30 years managing money professionally, I'm still surprised whenever investors question why I occasionally hold cash in my portfolios.

It is as though there's this unwritten rule that says, “Thou shalt never hold cash when thou could otherwise be invested”.

But there re solid reasons for doing so. (In fact, Chris Rowe recently handled this very subject ("The Best Trading Advice You'll Ever Receive").

For one thing, the market doesn't always go up. In fact, here's an amazing graphic from Morningstar.

What this shows is that the market is spending most of its time going sideways or down... but not UP! The fact is that new capital is created only a small percentage of the time.

It clearly means that there are times when a cash balance is a good idea.

Anyone who loves sports has heard, “The best offense is a good defense.” That’s how many teams become champions.

Without a defense, the opponent could pretty much score at will.

The stock market is no different.

Cash is your “defense”.  Cash can also be your “future offense”.

But most certainly, cash is not "trash" as I sometimes hear investors say. 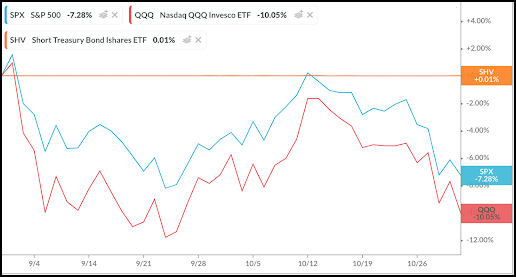 I will argue that the return on cash was not 0.01% as some claim. But rather the inverse return of the stock market.

A loss is a loss. And all losses must first be made good before new gains can be counted.

And this is not my opinion. It's an iron laws of math.

Einstein supposedly called compound interest “the eighth wonder of the world." But not all investors understand the nature of compound returns.

Let me first state what should be obvious:  You can’t compound your losses. (If investors truly understood this, then they would spend more time thinking about playing defense.)

Compound interest is 100% dependent upon what happens in the previous compound period.

Every new period begins with a starting value that is equal to the ending value of the previous period.

And losses are not symmetrical. Meaning, it takes a higher return to get back to even after suffering a loss.

Now while you may get your money back, what you will never recoup is the time it takes to get back to breakeven. Sometimes that can take a week. Or it can take a month, a year, or even a decade.

The investor who does not know how to play defense is at a severe disadvantage.

Fortunately, True Market Insider provides a framework that can help you know whether you should be focused on offense or defense.

At the moment, our primary indicator (The New York Stock Exchange Bullish Percent Index) says that sellers remain in control. 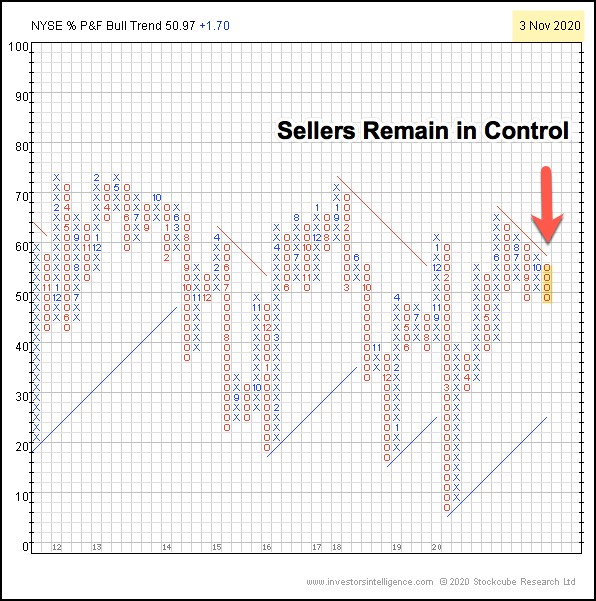 But the good news is that the market is beginning to give us some green shoots, as some of our shorter-term indicators have started reversing up.

Also, with the start of November, we've officially moved into the “seasonally strong” half of the year, which lasts from November through May.

Meanwhile, the same $10,000, invested only during the seasonally strong six months of the year, would now be worth just under $1 million!

Put another way, almost all the growth of the Dow since 1950 has effectively occurred during the "good" six months of the year.

Which means for those investors lucky enough to have be holding on to some cash... there may be some great opportunities coming down the pike right now.