How to Profit From the Crude Oil Crash 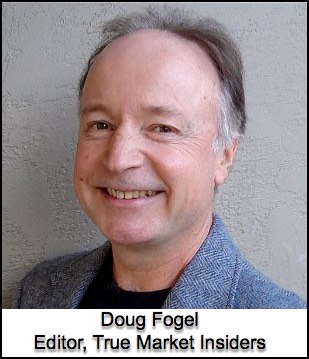 That meant you could have been paid $38,000 to take delivery of 1,000 barrels of oil – the size of a crude oil contract on the New York Mercantile Exchange (NYMEX).

Of course, you would have first needed a place to store all that oil... And good luck with that.

Then, you would have been in position to sell it all for June delivery for even more money, about $17,000 more, based on current June 2020 crude contracts (about $17/barrel).

Right now, it’s hard to find a place store crude at any price.

That’s because – as you undoubtedly know – there’s a worldwide supply glut in the commodity the likes of which has never been seen before.

In fact, before April 20, there had never been a negative price for crude in the history of NYMEX.

As a result of this glut, most of the world’s oil storage facilities are filled to the brim.

This of course is largely due to everyone's being forced to "shelter in place" to combat the coronavirus pandemic.

Who needs gas when there’s nowhere to drive to?

Almost all the restaurants, bars and sports venues are closed…

Most of the world’s beaches, parks and businesses are closed as well…

As for commuting to work, that’s no longer possible for most of us.

That’s because – unless you pack groceries for a living or hold some other job deemed “essential” – you’re either working at home or unemployed because governments have shut down most on-site business activities.

As for flying, who wants to enter an airport during a pandemic, let alone breathe re-circulated airplane air for hours?

Besides, anything you’d want to see as a tourist – parks, monuments, museums, performances – has almost certainly shut down.

As a result of all these restrictions and the general fear of contracting the coronavirus, air travel is down 96%. Obviously, that’s decimated demand for jet fuel.

As if that weren’t bad enough for the oil industry, in March Saudi Arabia cranked up production of crude by 26.8% - from 9.7 million to 12.3 million barrels of oil per day – in an effort to strong-arm Russia into agreeing to production cuts.

Result – the world got flooded with even more unwanted crude.

And now we’ve virtually run out of land-based storage facilities.

These are giant tankers – water-borne behemoths that can hold at least 2 million barrels of oil.

Since demand for fossil fuels has fallen off a cliff, there’s little need for these tankers to perform their primary function – transporting crude oil from oil wells to refineries.

But there IS record demand for using these ships to store crude.

Under normal circumstances, about 25 of the world’s 850 VLCCs are used for this purpose at any given time, at cost of about $40,000 a day.

About 125 VLCCs have been rented out to store crude, according to Lois Zabrocky, CEO of International Seaways (INSW), one of the players in the industry.

As a result of this explosion in demand, the daily cost of storing oil short-term on a VLCC hit a record high of $229,000, according to Clarksons Platou Securities.

Rates for hiring a VLCC for longer-term contracts have also skyrocketed.

For example, industry sources report that one European oil major was leasing a 12-year-old tanker for $120,000 a day.

Obviously, all this demand of sea-based crude storage is creating a windfall for oil tanker companies.

Other companies in the tanker space are also up significantly.

These include Frontline (FRO), which has risen 72% in that time frame, and Scorpio Tanker (STNG), which is up an astounding 113%.

Any of those three companies are good plays for short-term profits right now, in my opinion.

Technical traders call this a "golden cross" and it's a very bullish indication.

It used a recent industry-wide downturn to acquire newer vessels and sell off older ones.

It also sold some non-core assets, (primarily a liquid natural gas or LNG joint venture) and used the proceeds to pay down debt.

And most importantly, it’s well-positioned to capitalize on a new environmental regulation, IMO 2020.

That regulation caps the amount of sulfur seagoing vessels may emit from the fuel they burn.

Companies will either start using cleaner, more expensive fuel or they’ll have to install “scrubbers” that remove the excess sulfur from a ship’s emissions.

Most VLCCs don’t have these scrubbers… but INSW ships do. That gives the company a huge competitive advantage, which will come into play once demand for crude oil picks up.

And you can bet that it will at some point, as the world is not about to be free from reliance on fossil fuel any time soon.

So you’re looking for a trade that could make you a quick, tidy profit, consider International Seaways.

That’s all I have for this week.