Forget Brexit… Focus on This Instead

That’s it.  Just say Brexit and watch him go on tilt.

You see, our relationship goes way back to our time together at the Institute for Individual Investors (formerly Tycoon Research).

Now, we’re back together again doing what we love best — helping guide and educate the self-directed individual investor.

And later this afternoon, we’re holding a special live webinar to show you how to navigate the volatile market landscape and tell you exactly how to position yourself today.

It’s free for True Market Insider readers, but you must register here and let us know you’re coming because there are a limited number of spots left.

Now, let’s turn our attention to the Brexit debacle.

I call the outcome a debacle because I believe the United Kingdom is making a huge mistake.

The reality is that, whether the UK is officially in the EU or not, the two are deeply interconnected, both economically and geo-politically. And I don’t think an official split will change that dynamic.

The UK also should have stayed because of the sweetheart deal and special exceptions it’s afforded that many of the other EU members don’t get.

For instance, the UK does not have to join the euro zone’s monetary union, thus maintaining its sovereign currency and independent control over monetary policy.  Too bad the Greeks don’t have that option.

Second, the city of London is a major financial center with significant banking activity and transactions that encompass all 28 members of the EU.  That’s a huge boon to the UK economy.

But now that the UK referendum points to a potential exit from the EU, the financial activities concerning the euro will likely be moved way from London to member cities such as Dublin, Frankfurt or Paris.

Think about what that could mean…

Loss of jobs, less consumer spending, lower demand for housing, reduced tax revenue… these are just a few that come to mind.

I’m a big believer in game theory.  And its basic tenet is that people tend to make decisions that will benefit them the most when faced with a set of choices.

So I thought that they’d choose to remain, and by a wide margin.

Mr. Market clearly had the same idea, because the “leave” four-point margin of victory blind-sided him and sparked a massive two-day global selloff.

If you completely tuned out all the Brexit coverage and rather listened to what the internal market has been saying, then you’ve been weathering the storm quite nicely.

You see, as a True Market Insider, we dissect the broad market into tiny pieces and identify where the real strength ultimately lies.

The best thing about this approach is that it removes all the financial media noise and emotion from the equation and replaces them with an objective technical view of the market landscape.

And the signals have been crystal clear in the short to intermediate-term.

You see, the most positive relative strength has been coming from sectors that are mostly defensive in nature.

Sectors such as utilities, telecom, precious metals and household goods have been strong performers, not only on a relative strength basis, but also on an absolute basis.

We’ve been telling you about some of them over the past several weeks.

On May 11th, we alerted you to the fact the utilities sector was a good place to be.  We mentioned the Utilities Select Sector SPDR Fund (Symbol: XLU), which has risen 4.5% since.

We also alerted you to two individual utilities stocks that were demonstrating the most positive relative strength versus their sector peers. Both NextEra Energy (Symbol: NEE) and American Electric Power (Symbol: AEP) have gained 7.1% and 5.2% respectively since the publication date.

NextEra Energy continues to be a strong performer for TMI readers 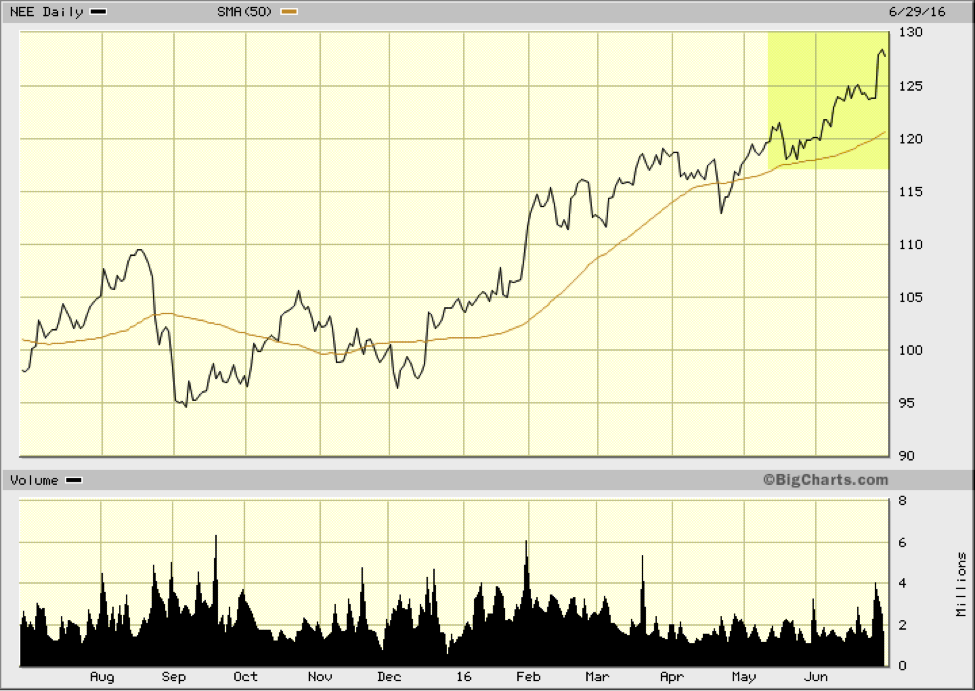 And just two weeks ago, on June 16th, we told you about two high-yielding stocks that were demonstrating positive relative strength versus the broad market and as compared to their sector peers.

While Phillip Morris (Symbol: PM), a member of the Household Goods sector, is mostly unchanged, it’s been a far better performer than the broad market post the Brexit shock.

Verizon Communications continues to ring the register for TMI readers 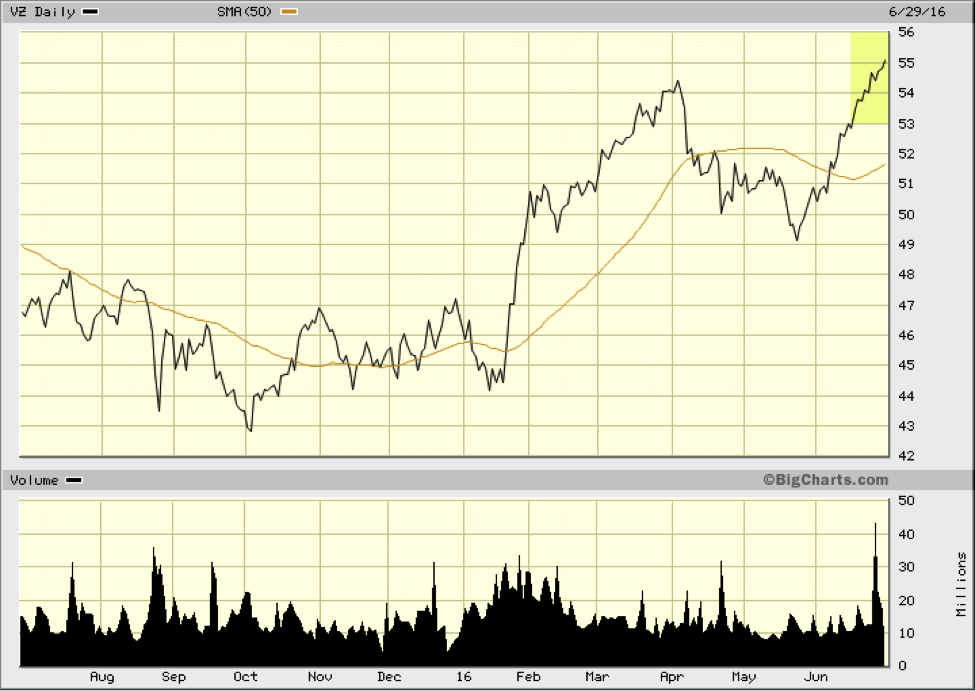 Now that the UK has voted to leave the EU, more uncertainty has clouded the market landscape.

All indications now suggest that no formal motion to exit will be made until a new government takes control in September.  And because of this development, Brexit will continue to a be a Page One story, which means that it’s only going to confuse many investors for quite some time, leading to continued volatility.

But as long as we keep honing in on the sectors of the market that are demonstrating strong relative strength, there will be plenty of opportunity to profit.

And we’ll cover a few of these opportunities on this afternoon’s webinar.

So don’t miss out -- register here for your free entry pass to today’s live webinar event.