Here’s Why You’ve Been Underperforming…

Most investors underperform the stock market benchmarks like the S&P 500.

Just going by statistics, this includes you.

Is the return worth the risk at that point? 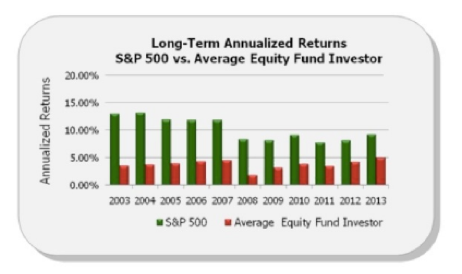 During the same period, the S&P 500 returns averaged 11.06%, and that’s if dividends were automatically reinvested (8.78% otherwise).

But why do most investors ultimately do so much worse than a simple benchmark that owns ALL industry groups – even the shitty ones – through thick and thin?

After all, the index doesn’t exactly look to stay invested only in those sectors with strong uptrends.

It held energy stocks when energy clearly had no bottom in site.

So how is it that individual investors – heck, over 85% of professional fund managers – can’t beat it?

My opinion is that it’s all about psychology and perspective.

First, there is the “why” it works the way that it does.

Then there is the “what” is happening in the stock market and “what” that says about the odds of what’s likely going to happen next.

What is the stock market?

My job is to quickly see what all of these people are saying. This may sound impossible, but there are data, tools and indicators for this.

Most people use less sophisticated indicators.

If you’re signed up to our data services then you are signed up for sophisticated indicators.

And if you’re me, then you spend an enormous amount of money to make sure you have the ability to quickly see just about everything very quickly.

When prices are moving, to me, that’s just people talking. They’re telling you how they feel about the future.

When commodities go up or down, that’s just people making a statement with incredible conviction (they risk their careers, reputations or wealth).

When fixed income securities, like bonds, move, the same is true.

Then, when we narrow down to see which part of the commodities market is the strongest or weakest (or fixed income, stocks, foreign stocks, currencies, etc.) we see a clearer message.

But most people invest based on what people who have no “skin in the game” are saying. They are saying it with their vocal chords or fingers. But actions speak louder.

I heard one analyst say: “The manufacturing sector isn’t yet responding to this new strong dollar environment.”

Well those investors, the group which controls manufacturing sector stocks, are telling you they don’t yet believe the strong dollar is here to stay. They aren’t very concerned about a higher dollar.

A common trap that investors fall into is jumping to conclusions, assuming that group of investors are telling us that they think the U.S. dollar will decline.

So my advice is to look at the financial markets as people.

There are people on television giving you their “expert” opinions.

And then there are those who are moving so much money around that you can actually see them moving prices.  Those are the folks you're listening to if you're using price behavior to gauge how these savvy folks feel about the future of the financial market.

If you can remember that every price movement is simply a group of very intelligent and very well capitalized investors, telling you what they think is likely to happen next, then it can be a game changer for you.

Sitting at home, watching CNBC, you would think big investors have been super fearful of interest rates rising for the last several years.

Nothing could be further from the truth.

I speak to people making multi-billion dollar business decisions based on their assumptions on interest rate direction. And these are the people who are as close to “knowing” as it gets.

Does this mean that I have a huge advantage over you?

Any individual investor could have seen, in the price strength of fixed income securities, that big investors clearly aren’t concerned about increasing interest rates.

Fixed income securities tend to decline when investors think interest rates are going up. But fixed income was the second strongest asset class since August 2015 and the #1 strongest since February.

Look at TLT, which represents long-term Treasury bonds (long-dated bonds are the most sensitive to interest rate changes). 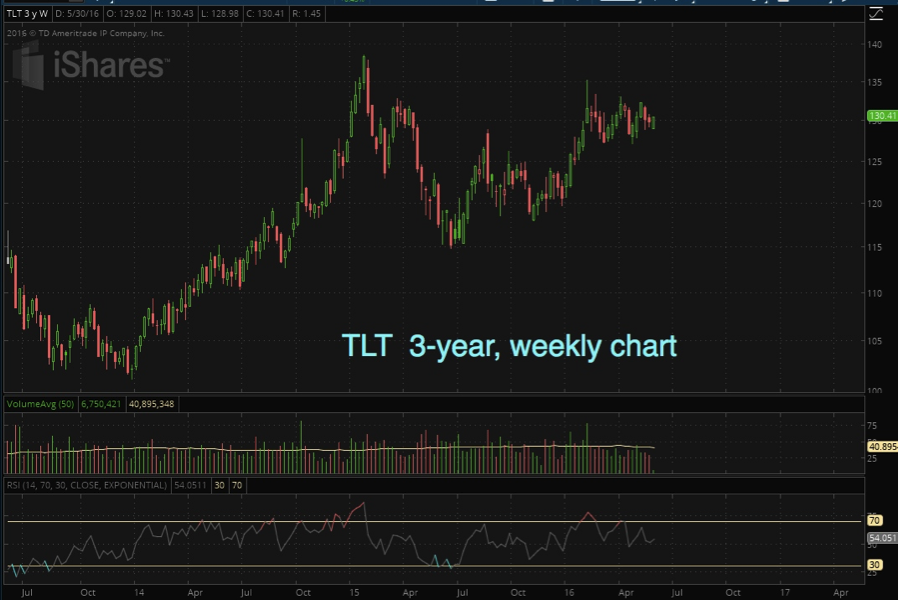 So-called “experts” have been forecasting the demise of quality bonds, like Treasurys, at the expense of their followers.

But these guys are all talk. Look at the facts.

Real Estate has been going up. REITs have been strong. Utility stocks have been the strongest group over the long-term. All of these are interest rate sensitive and they are not showing any fear of raising rates.

I’m not even saying rates don’t go up. I’m saying I don’t care, because smart money doesn’t care. And when the trend reverses and quality bonds ultimately do decline, we will see it early with simple relative strength studies.

You Are Well Connected

This massive group of “in-the-know” investors has been telling you for years what they think.

And I promise you, if you had a bio on the folks who are moving that money around, making those trades, you would “shush” your spouse at the restaurant dinner table just to eavesdrop on a few seconds of their conversation.

Since these are the folks whose brains you’d love to pick about investing, remember that they are telling you what they think every day.

I’d rather take direction from those who are big enough to move entire asset classes into favor.

They are large groups of the smartest investors out there.

I’ll close this with a message for those who attempt to disparage technical analysis and suggest that fundamental analysis investing is less speculative.

Technical analysis is the study of price trends, which are simply forecasts of the biggest and smartest investors on the planet.

Instead of an analyst with little to lose, these are people making statements with conviction and follow through. Only they are waling the walk.

There’s certainly a place for fundamental analysis. I’m not looking to discount its importance.

But if you are strictly using fundamental analysis, then you are speculating not only on what you assume will happen in the future…

But you’re suggesting that only you can see it, and you’re speculating that eventually the rest of the world will see it and that they will react the way you think they will.

My team and I are just looking at facts.