This weekend I flew out to Denver, CO. to go meet up with the CEO of NVIDIA. 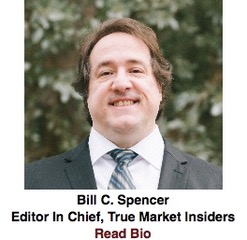 I'm not going to try to pretend I'm not impressed and excited.

I mean, I've met everyone.  People that run the world.

But Jensen Huang, co-founded the graphics-processor company Nvidia in 1993 and has been its president and chief executive officer since inception.  If you understand what NVIDIA is, what they've accomplished and so forth, you know that this is like meeting basketball superstar Michael Jordan.

Anyone who founded a company 26 years ago and still runs it today gets my respect.

But this company powers the coolest things that are happening to us as a species.

Most people with kids in their house know about virtual reality and how realistic video games are now.  Most people have at least heard of Bitcoin and cryptocurrency and NVIDIA is in the center of that.

Their core business is designing graphics processing units for the gaming and professional markets, as well as "system on a chip" units for the mobile computing and automotive market. 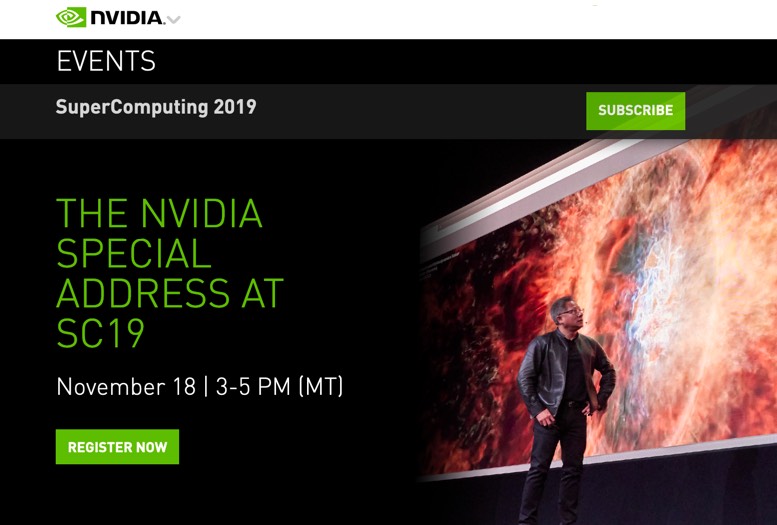 The event is the reason this became "Small-Cap Sunday evening".

I have to keep it short. 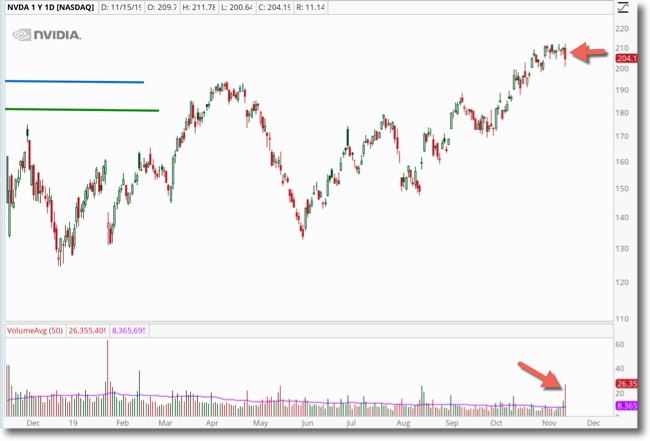 As far as NVDA goes, I'd hold off before buying it.

I'd like to see a pullback before making a purchase.  You can see that spike in volume on a down day.  Granted, it happened on a big options expiration day (third Friday of the month) so we do expect a jump in volume.

But I'll have a lot more information and guidance on when I should make my move once this conference is over.

After NVDA pulls back, I might recommend it for a trade in my new VIP trading service, Swing Tech Trader.  (I think we've already reached our limit on new members, but we can't stop our email system from finishing a send containing a link to sign up page!

So we will officially close it tomorrow after the email is done sending to the various time zones.

One company I wrote a report on for my new Swing Tech Trader members got acquired on the same day I recommended it.

I've got a small hand-full of publicly traded companies that I think will be acquired in the near-term and I'm going to recommend all of them in Swing Tech Trader.

Just to clear up some confusion, I launched another program two weeks before launching Swing Tech Trader at my recent summit.  I launched this other program for two reasons.

The first reason was I had one stock that was all but guaranteed to trade higher before my STT "Technology Crossroads 2020 Summit".  The stock was both a trade as well as a long-term investment.  I needed to get the recommendation published before the summit.

And the stock traded up 9% right after I revealed it so I'm glad I did it because the profits paid for my members' subscription price.

The second reason I launched a second program before launching STT was that this cyber security stock wasn't simply a quick trade, like I plan on giving to Swing Tech Trader members.

So I decided to launch this other service, called Founders Forecast, a couple weeks prior.   This is where the long-term "ten-baggers" can be found.  (Gosh I hate that term.)

So hopefully that clears up any confusion.

When Chris Rowe and I sat down to develop my new service, we didn't pick technology out of a hat.  We had lots of good reasons.

The technology sector is almost certainly going to continue being the strongest sector in the stock market - a market that's breaking all-time highs.

Here's a look at how the tech sector compares to the major market averages so far this year.

I'll say more about that in a minute, after a brief market overview...

The past six weeks are starting to feel like a "golden age" for the market. Both the S&P and Nasdaq just put in their sixth up week in a row.

The Dow and the small-cap benchmark Russell 2000 have gone higher five of those six weeks.

Only the technology-heavy Nasdaq beat the Russell, rising +6.99%.

Right now technology is the low hanging fruit every investor should be reaching for.

... adding technology positions to your portfolio becomes a no brainer.

As I mentioned, this past Tuesday I kicked things off with a free presentation called the Technology Crossroads 2020 Summit.

That's where you can see what I'm talking about in case you don't know.

If you were unable to attend, your last chance is here and now.

In it, I spell out five technologies that are changing the world, and I show you what you can do to get in on the ground floor of all of them.

I'll be adding to that list of actionable tech investments in the coming days and weeks.

And if it's not for you that's okay too.  I'll be sharing what I learn here in Small-Cap Saturdays as well.

As always, Thanks for stopping by.