Do or Die Stock Market - The Moment of Truth

It's been a long time.

I shouldn't have left you.

But I have been focusing my time and energy on building a super simple investment formula and tool.

I needed something that still takes the same "bite" out of the institutional trader's profit and sticks it into your pocket.  But I needed it to be easy for everyone to use.

More on that later.  I had to stop what I was doing to write to you because we are in a "Do or Die" stock market. 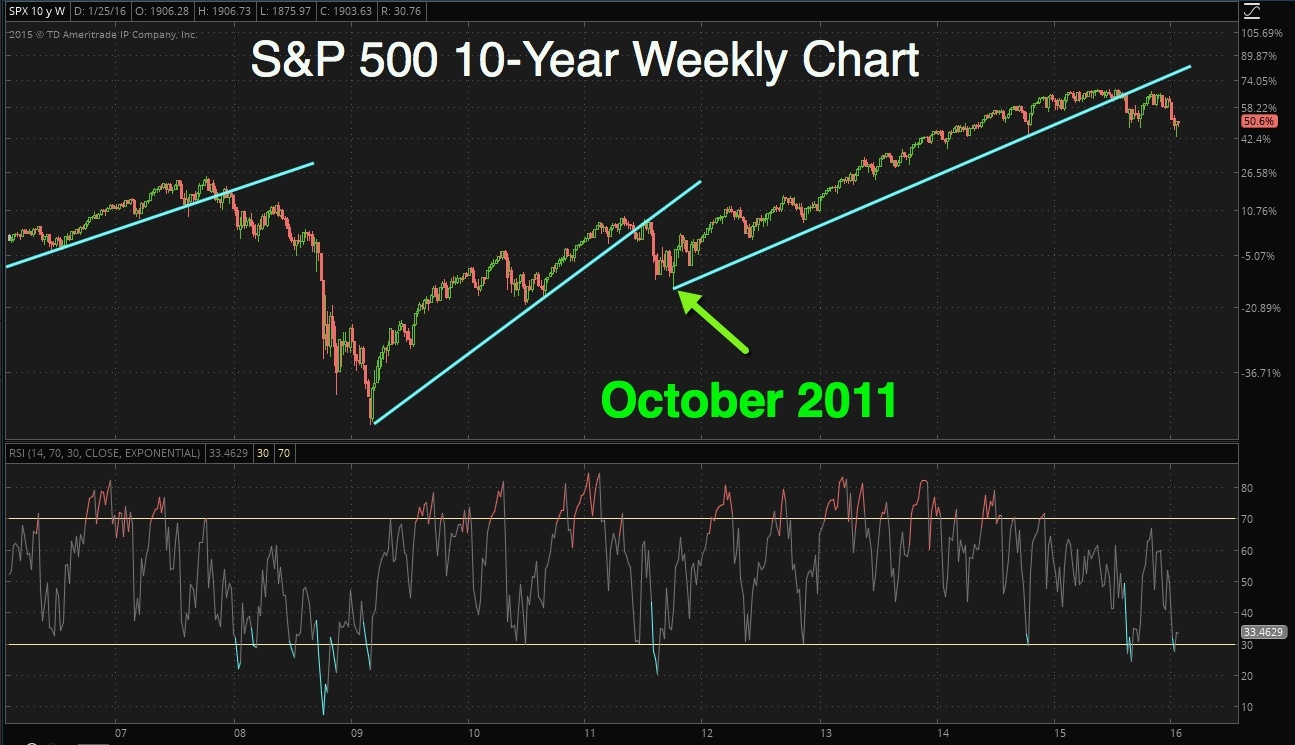 This is just a one dimensional view of the stock market.  One weighted index - a large-cap index - of 500 stocks.  You can't see the things I'm about to explain in this essay.

The big question we are faced with, as the Fed prepares to make its FOMC meeting announcement at 2:00 eastern, is whether this is more similar to 2007 (the beginning of an 18 month bear market) or 2011 (a quick and sharp selloff that preceded a 111% gain in the S&P 500).

Many are thinking about what the Fed might say to put the final nail in the coffin of at 111%, 4-year run.  Many are hoping the Fed says something the stock market loves so there's hope of a bull market revival.

Before I tell you how to simplify this, let's first consider this analogy... 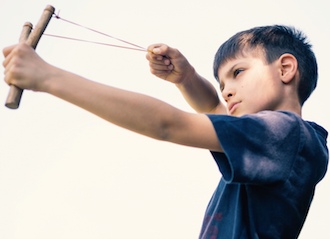 As a parent of two, when I look at the kid with the sling-shot, I think "Oh dear lord, don't pull it back too far.  You'll snap your eye".

I cringe and brace myself to feel that kid's pain if it snaps in half.

Well that's what happens when the stock market gets in the position it's currently in.

But, at the same time, the closer the rubber band is to breaking, the more powerful the shot in the intended direction would be.

We just don't know exactly how far the rubber band, or stock market, can be stretched back before it snaps in half.  Well, maybe "in half" is a poor choice of words.  But at least I didn't go with the a bungee cord analogy.

Find out which sector ETF will be highlighted, THIS WEEKEND,

in our Featured Sector of the Month video.

Stocks in this sector fund broke new highs weeks ago.

In any case, the bearish short sellers have piled on their positions.  If they are right, then the long-term trend can remain downward.

But if they are wrong (like if the Fed changes its tune in today's announcement and the stock market loves what they hear), boy oh boy does the investing pebble fly.

The financial markets can be broken down into 6 major asset classes:

And I've just listed those asset classes in order of strength.

U.S. equity has been the strongest, by far, for a very long time.  In fact, U.S. equities have been in first place since it took the baton from Non-U.S.Equities in June of 2010.

The asset class moved into second place for a couple of months in late-summer of 2011 (during the mini-crash and U.S credit rating downgrade by S&P).

It then tied for first place (give or take, back and forth for a couple of weeks) in October 2011.

Here's another look at the chart, from above.

Now, to compare the asset class strength in each of the two historical long-term uptrend violations, above, I'll only tell you what U.S. equities were doing.  Let's not confuse this discussion with details on the other 5.

Remember, the mini-crash happened in August of 2011 and bottomed out in October 2011.

The last part is key.  TO DATE.

U.S. equities are still in first place.  It's not a big lead but its even stronger than the 2011 scenario, which preceded the 111% bull market.

That's it, I'm pretty much done here.  But there are 2 more major indicators that are giving me major clues about the future price action of the stock market that I want to share with you.

And there's 1 long-term indicator that you can use to confirm when the bull market has resumed itself and when one can aggressively dive head first into stocks.

I want to discuss all 3 of them and answer your questions on 3 live Q&As next week.   You can sign up for them here.

The stock market sling shot might snap and crack you in the eye but if it doesn't then it's likely to have a sharp rally from here.  We just have to watch it closely.

It's the moment of truth, so sign up for the live webinar for more of this rare perspective that only a small handful of investors know how to leverage.

You have three options.  Save the email because you can register for all 3 if you want to.  But you don't want to miss this (which is why I scheduled three times for you).

On the webinar, I'll show you how to see the market very clearly using my Technical Analysis Millionaire approach.  And I'll even go over some of the stock and ETF symbols that the viewers send to my webinar moderator.

The event is live so do not miss it.  Register here.