Imagine having a friend who you could call any time the stock market dipped.

This friend would calm you down and help you resist making the painful mistake of selling at a low.  He’s right almost every time, when he tells you to hold (or add to your position) because the stock market is oversold.

But there’s a caveat:  Your friend was usually right, as long as we were in a bull market.

I have two pieces of good news for you:

I’ve introduced you to this friend in the past.

He goes by the initials “R.S.I.”.  Below are two charts that show the Russell 2000 small cap index and its “Relative Strength Index” going back 6 years. 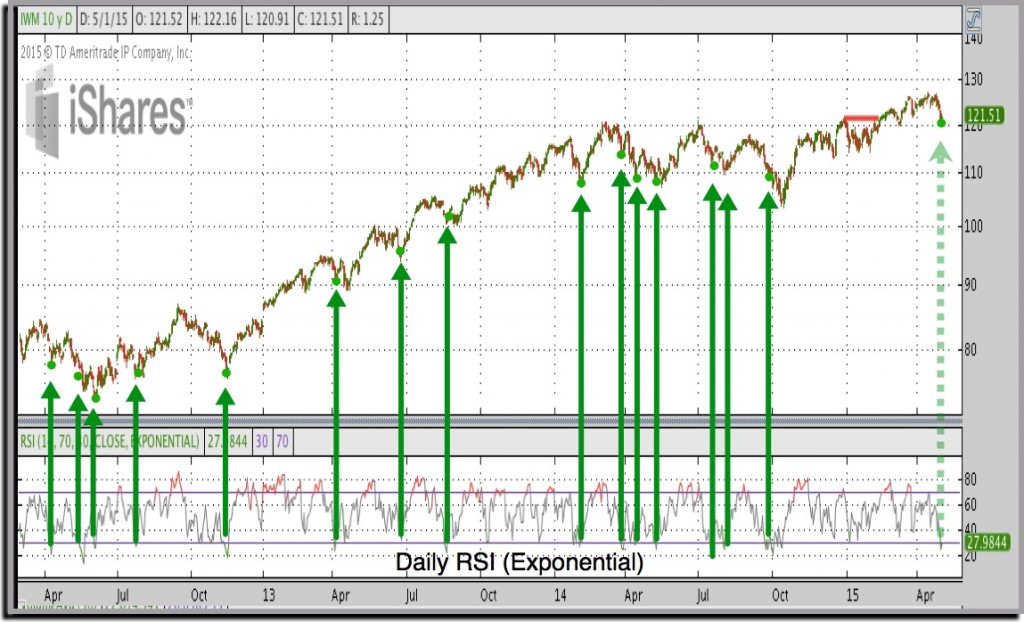 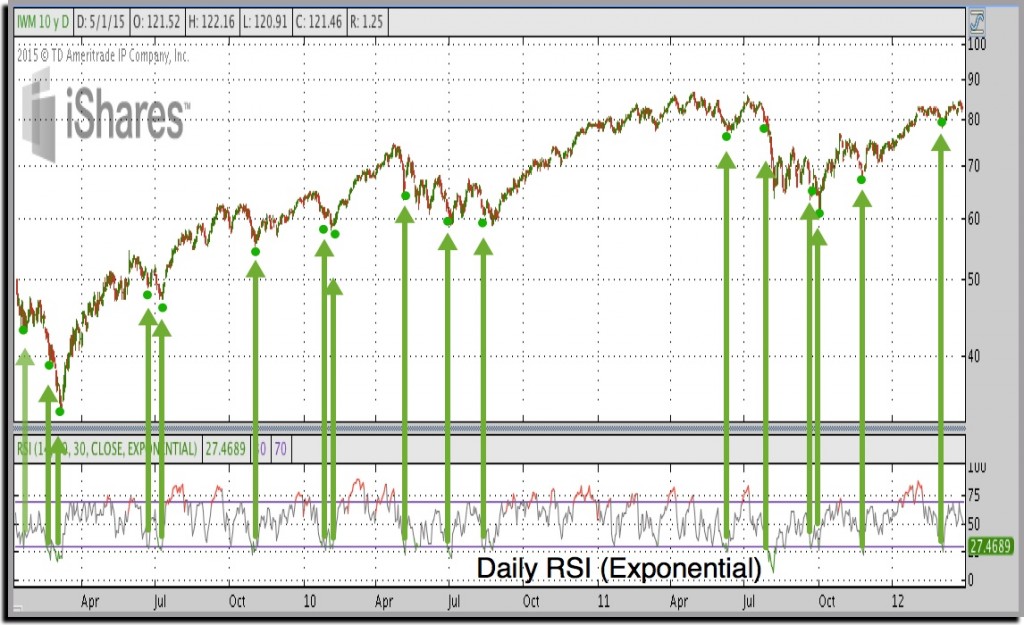 Readings in the RSI below 30 (notice the lower horizontal line) indicate a security or index is oversold.   It’s important to remember the adage “oversold doesn’t mean over”.

In other words, an oversold reading doesn’t mean you won’t endure another month (or more) of low prices.   And that’s the bad news.  But the good news is, oversold markets tend to be short lived.  If the RSI is down below 30, the time to sell has passed.  It might be time to sit back and weather the storm.  Tops take a long time to form while bottoms tend to form and snap back up pretty quickly.

But what about the other stock market adage:  "Sell in May, go away?"

Well, forget about it.

May was definitely a good time to buy in 3 of the last 6 years.  What about the other 3 years?

Are you worried about the Biotech Sector's current price correction?

Has anyone shown you the massive strength that just came into certain non-U.S. stock markets?

Learn how to take advantage of both, on Monday's LIVE webinar.

If you, instead, bought at that very moment, then you would have entered the stock market at one of the best prices of the entire year.

I don't have the stats but I'm taking a very educated guess when I say it's likely that most individual investors who sold in that May eventually regretted it.

If you sold on the first day of May in 2011 then you sold at the absolute top for that year.  But there were a number of indicators (including the RSI) that said it was time to exit the stock market.  Sentiment indicators put out a sell signal.  The NYSE Bullish Percent Index put in an overbought bearish signal.  I can go on and on.  The point is technical analysts not only were being told to get the heck out of Dodge, but consider taking bearish positions.

The point is to not buy into the old adage too much.  The focus on a number of other indicators in conjunction with one another.  Most indicators that I focus on are saying the stock market is oversold but the momentum is to the downside.  This, to me, is not a good reason to sell, unless you are a short-term trader.   It makes more sense to hold positions and, if anything weather the storm.

I used the small-cap index as a reference in the two charts for two reasons:

I'm not saying we won't go lower.  I'm saying it's probably not a great time to sell.  And considering the market strength we have been seeing lately, I'm willing to stick around and duck-dive into the wave. 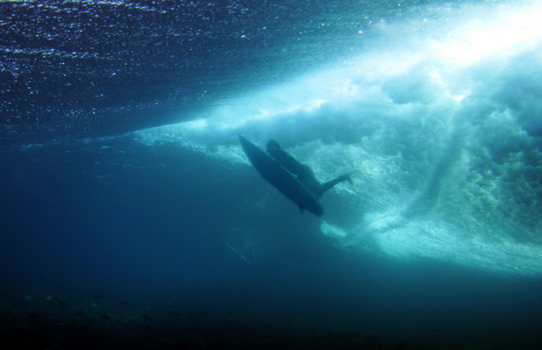