These Words Mean NOTHING in The Stock Market

I mean I witnessed him saying this in real time with my own eyes and ears, on CNBC, a couple of weeks ago.

I was psyched and even paused my television and jotted down notes on my phone because this guy is so smart and I want to listen to him.

Find out which sector ETF was highlighted, JUST YESTERDAY, in our

Featured Sector of the Month video. 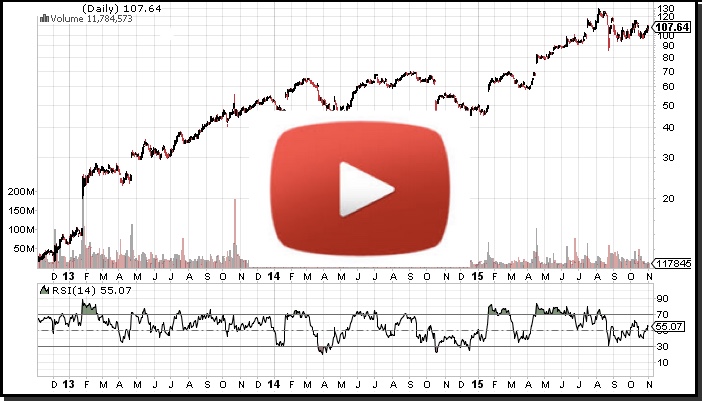 Stocks in this sector fund broke new highs weeks ago. 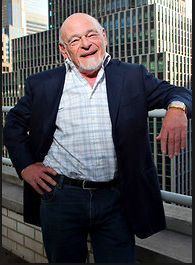 Anyway - before you get too giddy about how we're going to profit from the coming advance in apartment prices - the following week, I saw the same guy had announced he'd sell out of more than 23,000 apartments for $5.4 billion to Starwood Capital Group!

Did you have any inkling in the interview, just one week prior, that you'd be making a $5.4 billion deal to sell the same assets you said were a huge buying opportunity?

His ACTION told us the truth about what he was thinking.

THE TRADE HE MADE (selling apartments) told us exactly what he was really thinking.

Do You Like THE TRUTH as Much as I Do?

My wife says I’m not very tactful so I get into trouble.  Do you know anyone like that?

Growing up on the streets of Queens NYC., they called it “keeping it real”.

Words mean little to me.  People's actions are all that matters in my book, especially when gauging someone's level of commitment.

Maybe that’s why I’ve managed to build my wealth to where it is today.

You see, I'm a technician and technical analysis is the truth in its rawest form.  It studies price behavior which is simply a result of peoples actions in the form of buy and sell orders.  It doesn't get much more honest than that.

Sam Zell's mouth said one thing and a week later his actions said the opposite.

So don't bother listening or reading to what analysts, commentators, CEOs or celebrity investors are saying.

Zell, and other powerful investors are often accused of “talking their books”, meaning they comment in the media about how great an asset is in order to push the price higher where they ultimately sell the asset.  A smart negotiator convinces the other side they are getting a great deal.

Carl Icahn was on CNBC today doing something similar... or was he?

We never know for sure who’s talking their book but there's one thing we are sure of:  The action of the investment, itself, will surely give you the investor's honest opinion.

The pressures of financial loss separates the real from the fake when it really comes down to it.

Technical analysis, which let's you see where money is being invested, will always tell you the truth about what investors are really thinking.

And that's why, as the old adage goes, "the biggest indicator of future price is recent price action".

We just saw the stock market launch over 11% off it's low in about a month.

Instead of feeling discouraged and hoping for a pullback, focus on what this sharp gain in a short time really means.  It means huge institutions are telling you they are wasting no time to make sure they are represented and they are locked and loaded.

In the stock market, actions speak and words do not.  So don't bother listening to what the media is telling you.

But don't make the foolish mistake of trying to outsmart the institutions that just bought all of that stock.  Don't be so arrogant to where you're actually buying or selling stock because in your opinion something about the economy or corporate earnings will turn out one way or another.

And, by the way, institutions often don't buy just because they have such a good handle on future corporate earnings.  They tend to buy because they know other institutions are planning to join in on more future buying.

By Chris Rowe ~ Man About Town

PS:  Are you a disciplined investor?  Go ahead and read the other article I just published: "How to Manage Your Emotions"